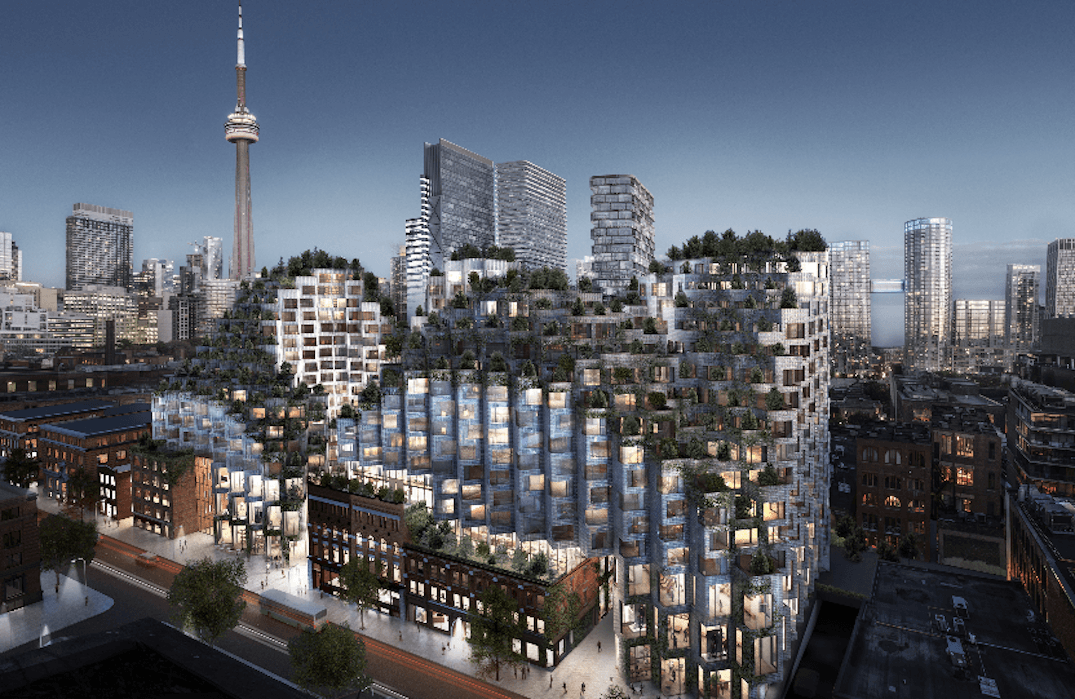 A new, vibrant mixed-use development is being proposed for a neighbourhood along King West.

A re-zoning application was resubmitted to the City of Toronto by Westbank Projects Corp. and Allied Properties for 489-539 King Street West show what’s planned to be a residential, office, and restaurant/retail space in a single building of varying heights. The development would frame a large, publicly accessible open courtyard, according to their submission. 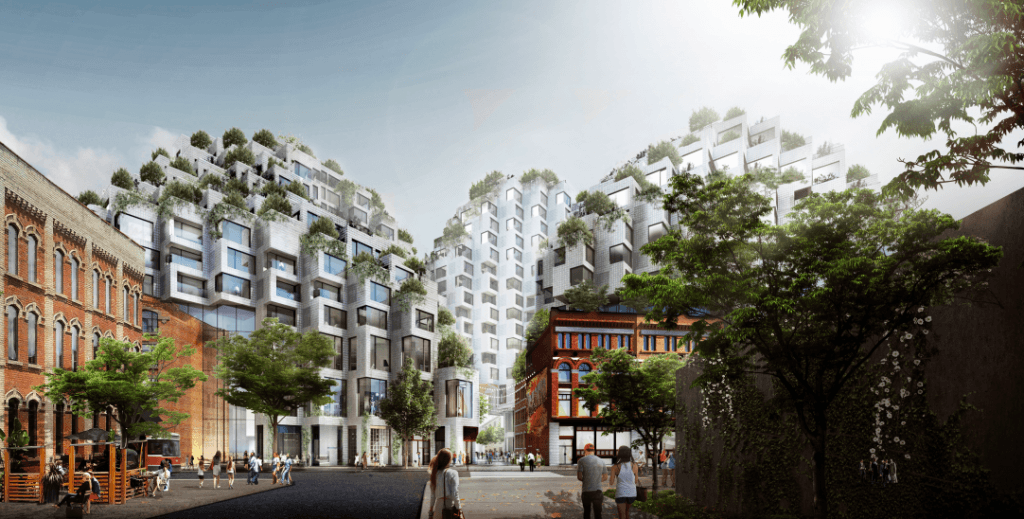 The resubmission is a result of the public response, and feedback from the city, in regards to Allied’s first submission in May 2016. The new application has changed its building form, with the initial design consisting of five “peaks” around the site reaching heights of 50 to 57.5 meters. The revised design contains only four peaks, and their locations have been rearranged to create a better transition onto King Street West. 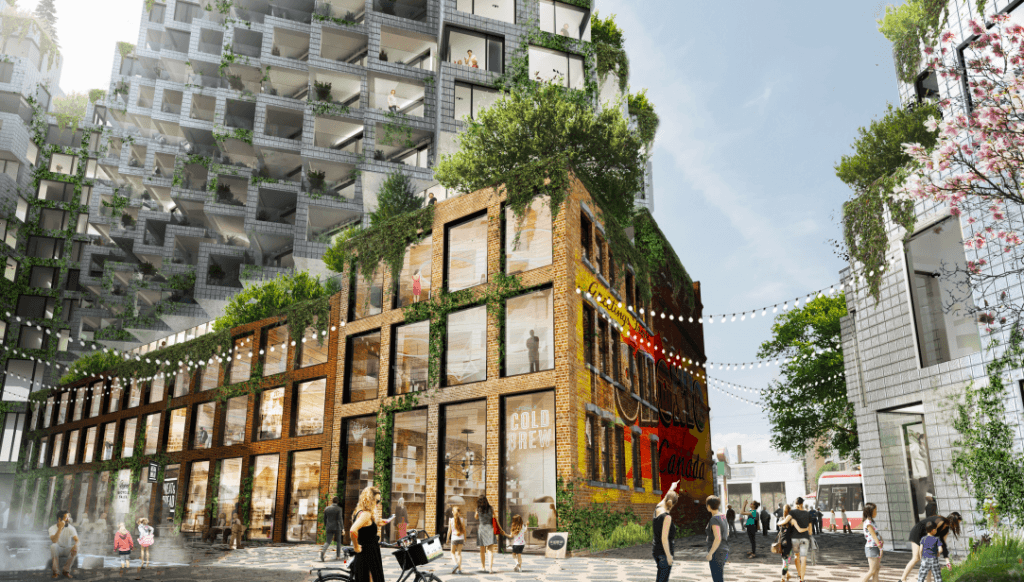 As well, since Wellington Park has been designated as a future public park, the developers have revised their proposal to refine landscape plans along the south elevation to create an enhanced mid-block connection to the park.

The new proposal also doubles the amount of office space in the development from 3,595 sq meters to 8,195 sq meters, while reducing the planned residential units to 514 compared to the earlier 624 units.

Check out more of the new renderings submitted to the city. 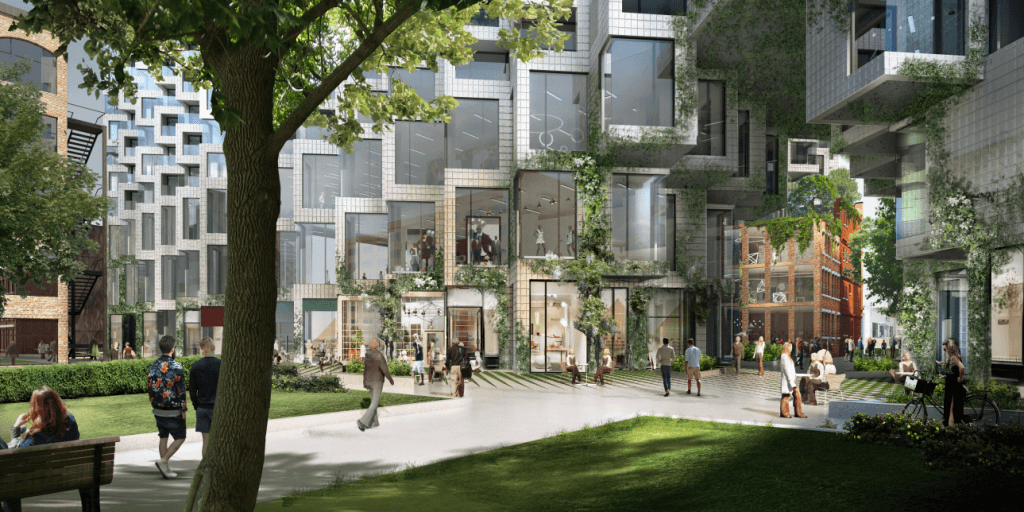