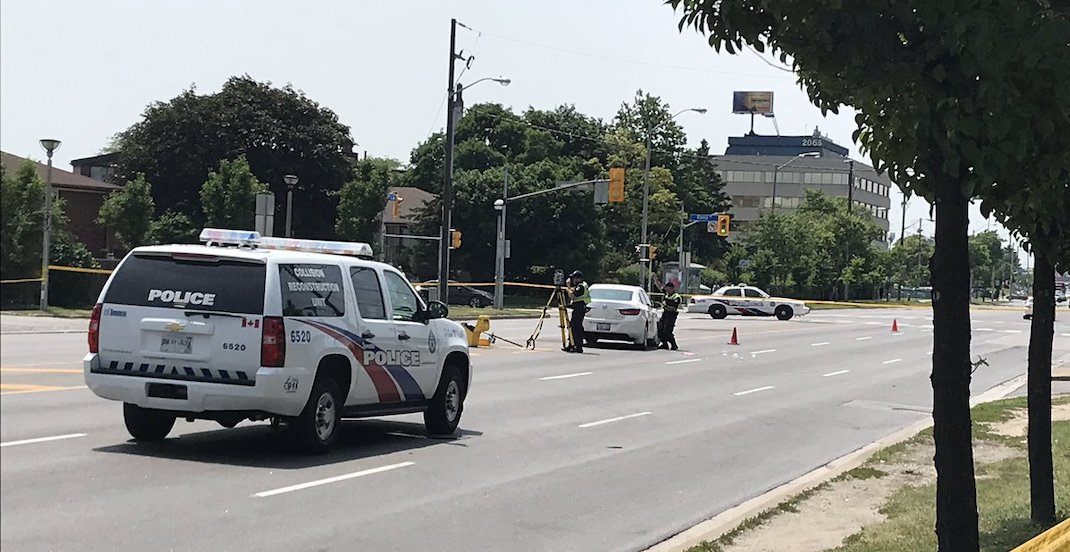 A woman has died after being struck by a vehicle in the area of Jane and Finch on Wednesday afternoon.

According to police, two female pedestrians were struck by an oncoming vehicle at the intersection of Jane Street and Finch Avenue West, which left them both with “very serious injuries.”

The driver responsible for the collision remained on scene.

After emergency crews arrived at the scene, both of the women were taken to a trauma centre.

Update:
– the second woman has also been taken to a trauma centre
– no further details on her injuries, but they at least serious, possibly life threatening
– we expect the road closures to remain in effect for an extended period of time@TrafficServices @TPS31Div #GO1287128^adc

As a result of the collision, police said Finch Avenue has been closed in both directions and investigators have asked the public to avoid the area.

Unfortunately, one of the women succumbed to her injuries at hospital, according to police.

For those planning on travelling through the area, police said the road closures could remain in effect for an extended period of time.