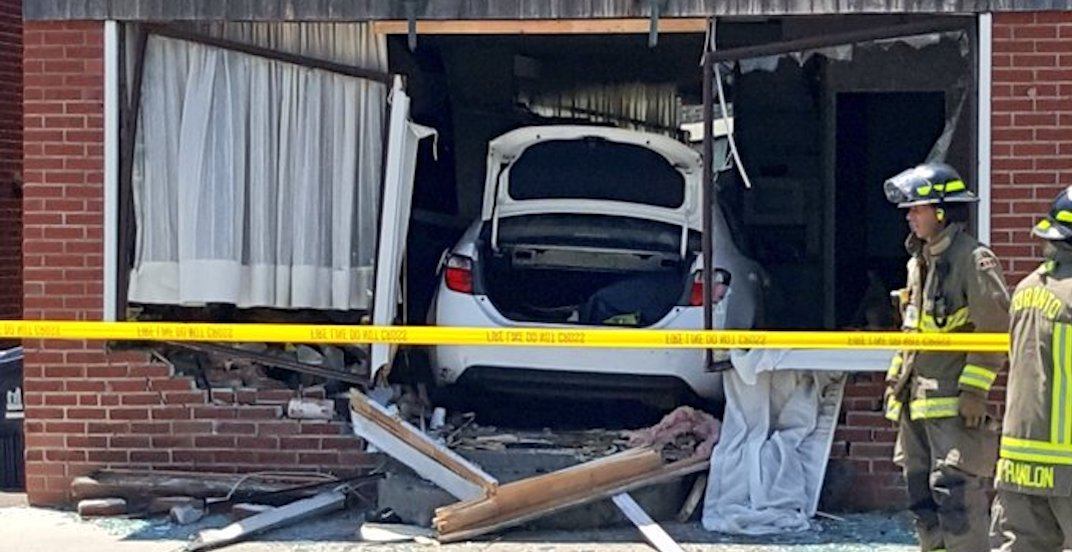 Two men are in police custody after crashing a vehicle into a residential home in Etobicoke on Sunday afternoon.

Police said they responded to a call for a vehicle that crashed into the front window of a building in the area of Evans Avenue and Royal York Road.

Both occupants of the vehicle fled from the scene and appeared to be injured.

Collision:
Evans Ave/ Royal York Rd
– Vehicle into a building
– both occupants of vehicle have fled, and reportedly appear to be injured
– no reports that anyone else has been injured
– units responding@TPS22Div #GO1265864^adc

Police said both males who fled the scene were later located by police and appeared to be impaired.

A breath technician was called to the scene to test the males for alcohol impairment.

Officers said there were no serious injuries reported as a result of the collision.