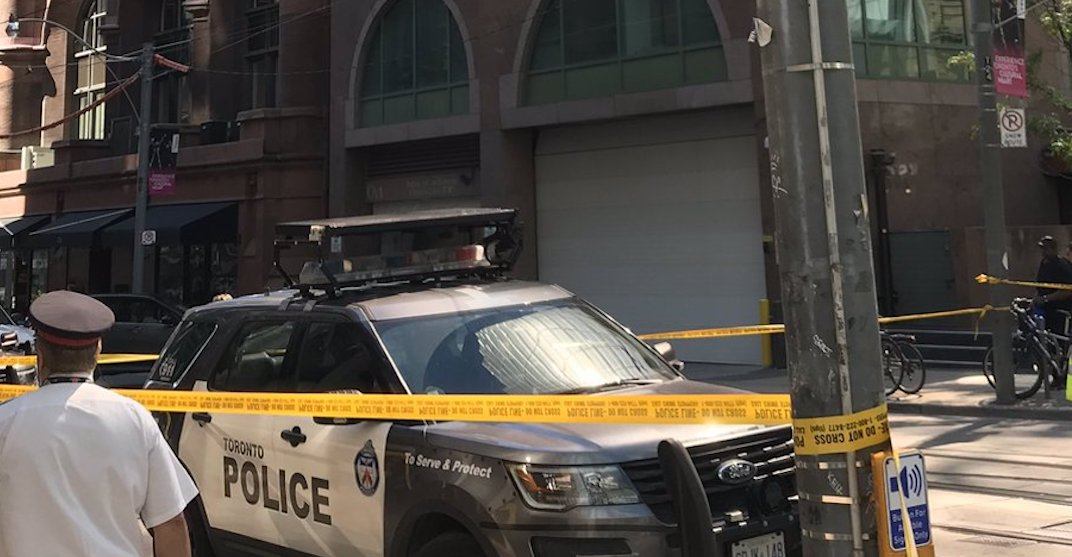 A female pedestrian has died after being struck by a truck in downtown Toronto Wednesday morning.

On Wednesday, June 26, police and emergency services responded to a call in the area of Victoria Street and Queen Street East, after receiving reports that a pedestrian was struck.

According to law enforcement, just after 9 am, a commercial truck was driving southbound on Victoria Street before striking an adult female.

When emergency crews arrived on scene, they located the woman who was unconscious and not breathing.

Police say the driver of the vehicle is cooperating with authorities and they are now working to contact next of kin for everyone involved.

Queen Street from Yonge to Victoria, Northbound from Richmond, westbound Queen from Bond is now closed as police investigate.

Police are now asking for any witnesses or local businesses with video to contact authorities.