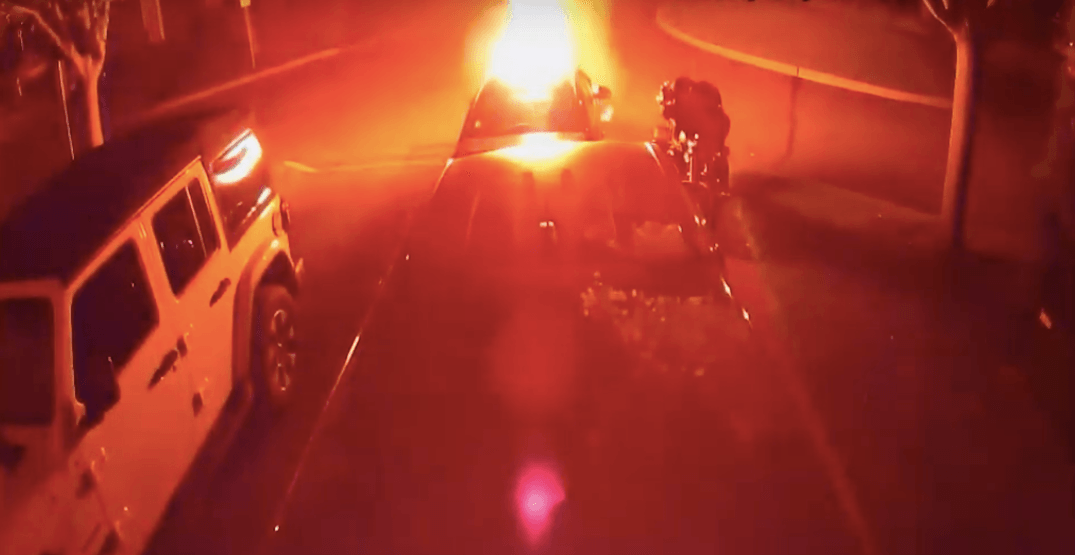 Durham Region Police Service has released a video depicting a suspect in an arson investigation in Oshawa.

The suspect is shown approaching the vehicle, pouring an accelerant, and then setting it on fire before fleeing on foot.

According to investigators, on Wednesday, July 3, at approximately 2:00 am, members of Central East Division responded to a fire call at a residence on Ritson Road North and Beatrice Street East.

Officers arrived on scene to find a Chevrolet Cruze fully engulfed in flames.

Police say a second vehicle parked in the driveway had the front tire slashed. The occupants in the residence contacted Oshawa Fire Services, who quickly put out the fire.

No injuries were reported.

Investigators say they are treating this as an arson.

Anyone with information about this incident is asked to call D/Cst. Kollaard of the Central East Division Criminal Investigations Bureau at 1-888-579-1520 ext. 2738.

Anonymous information can be sent to Durham Regional Crime Stoppers at 1-800-222-8477 and tipsters may be eligible for a $2,000 cash reward.