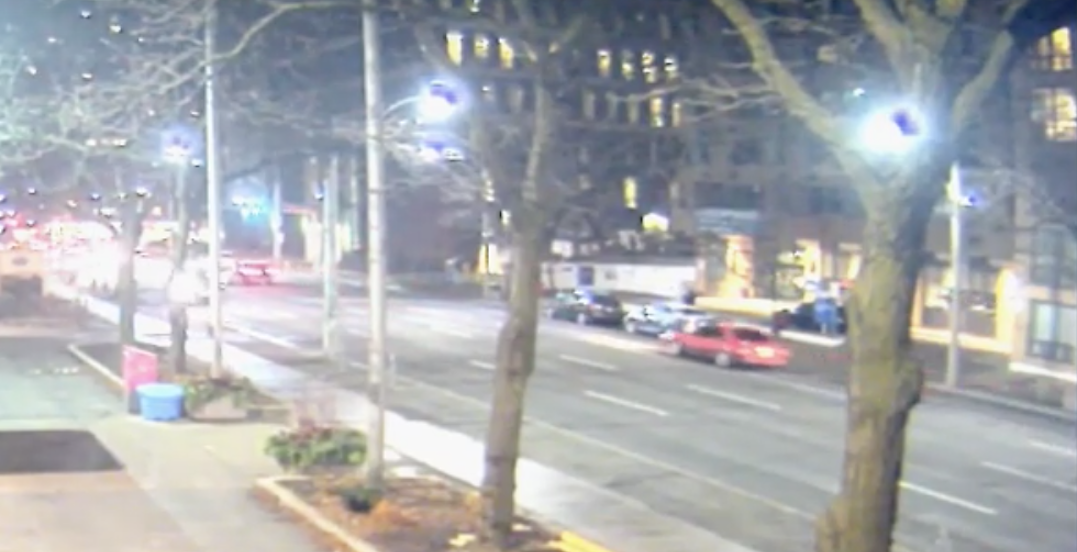 On Saturday, January 4, at approximately 10:10 pm, police were reportedly called to a collision on Jarvis Street.

Police say that a 65-year-old man was walking across Jarvis Street between Gerrard and Dundas Streets just after 10 pm, when he was struck in the northbound lanes when crossing from west to east.

The victim was taken to hospital, but he died of his injuries. The driver reportedly fled the scene.

Since the incident, police are stepping up their efforts to identify the driver and vehicle involved in the collision, but to no avail. Officers from both Traffic Services and 51 Division have reportedly spent hours canvassing for CCTV video or images along Jarvis Street and the surrounding area.

Officers have also attended several addresses that were identified as possibly having video evidence. At this time, the following details are being released about the suspect vehicle believed to be involved, including the below security clip:

This vehicle will likely have damage to the front right side.

Investigators are appealing for the public to watch the video, check dash camera video if they were in the area at the time of the collision, and to notify police.

“We need people to look around their neighbourhood and businesses. If you recognize a similar vehicle that has new damage or is suddenly not being used, contact investigators. If you work at a repair shop, pay attention to this description and contact investigators if you suspect anything,” said Traffic Services Detective Brett Moore in a release.

“To the driver involved, please seek legal advice and turn yourself into investigators.”