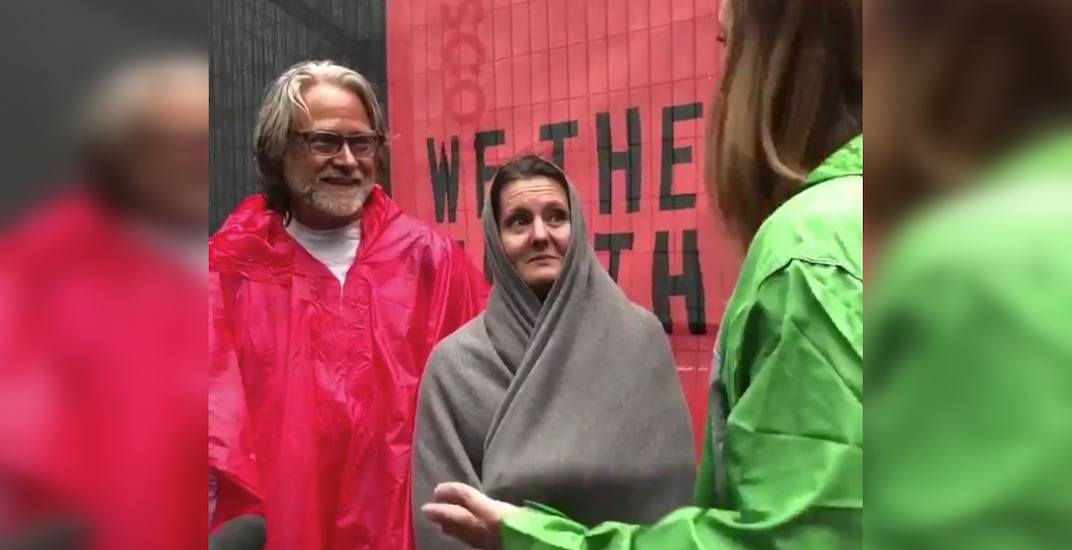 Fans in line for Jurassic Park since Friday were treated to one heck of a surprise.

Instead of watching the Toronto Raptors play from the viewing party outside of the stadium as planned, they’re going to see Game 5 of the NBA Finals live from inside Scotiabank Arena.

Four Raptors fans, who were the first in line, have been given free tickets to the game from Sobeys.

After three nights in the cold, here’s the moment that Tyler Seaton and Angie Taylor from Cambridge, Ontario, as well as Zac and Doug Tiessen from Stoney Creek, found out the good news:

.@sobeys surprised these Raptors fans with tickets, they’ll be in the building for Game 5! 😱 pic.twitter.com/FZ3xFcYQtg

Tickets to tonight’s game on the secondary market are currently the highest-selling ever recorded by StubHub.

With a 3-1 series lead, the Raptors could make history tonight by winning their first-ever NBA championship. It won’t be easy though, as the Golden State Warriors’ best player, Kevin Durant, is set to likley make his series debut. 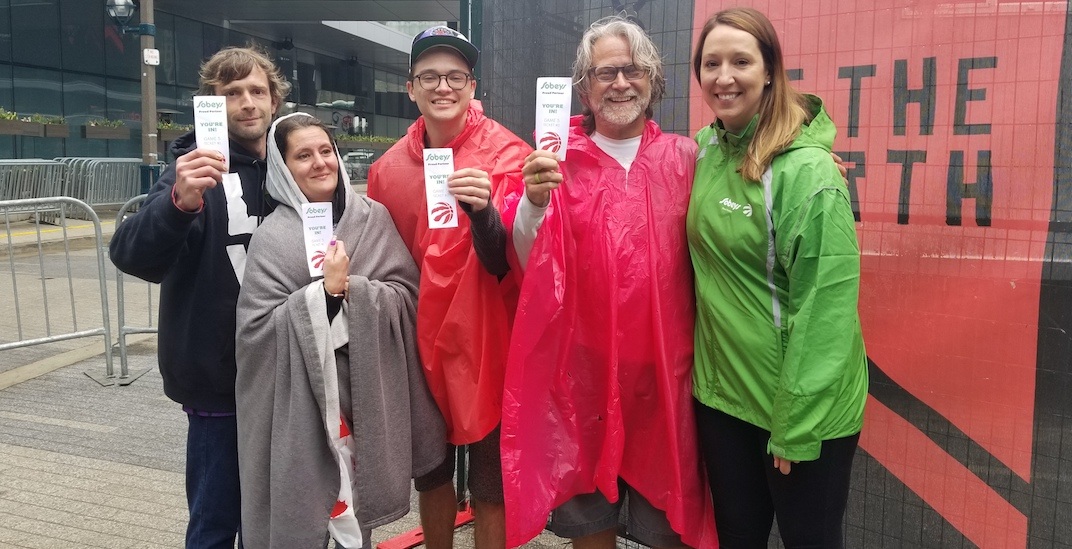