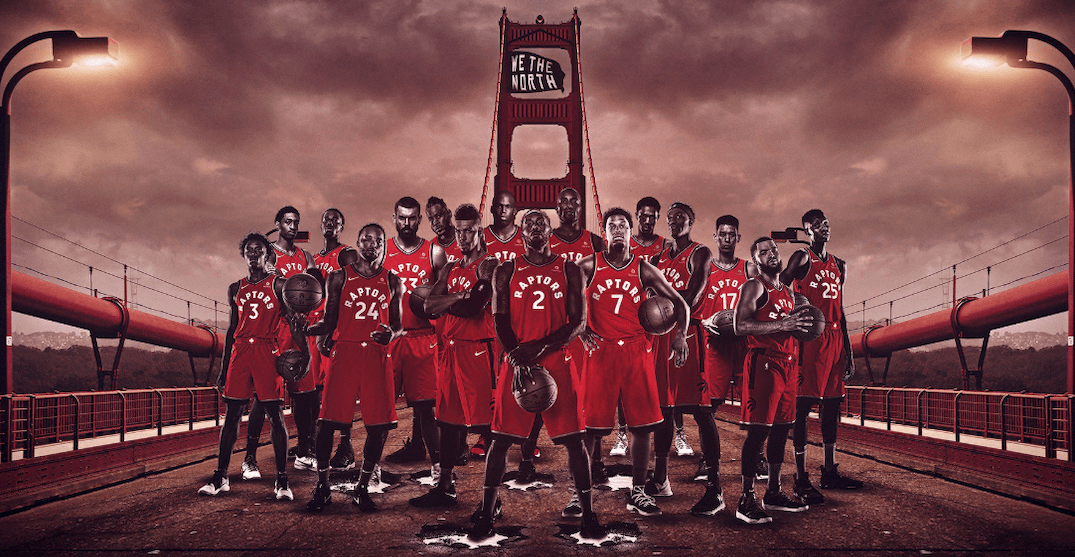 Toronto Raptors fans are looking to head south of the border for Thursday’s big game.

According to travel search engine KAYAK, flight searches to San Francisco from Toronto spiked 300% last night indicating there may be a strong showing of Canadian basketball fans cheering in the stands.

But, flight prices are going up now that the rivalry continues in the Bay Area.

The travel website says the median airfare for flights between Toronto and San Francisco will set you back $693 CAD and hotel rates are going for $318 CAD.

And that doesn’t include a ticket for the game… which is starting at USD $849 at Oracle Arena.

The Toronto Raptors nearly won their first NBA Championship on Monday night at home, but couldn’t seal the deal, losing 106-105 to the Golden State Warriors.

Game 6 will be in Oakland on Thursday at 9 pm ET / 6 pm PT… And if a Game 7 is necessary, the Raptors will be back at Scotiabank Arena on Sunday night.

No flights needed for that one.

But either way, expect to feel/see/hear all the emotions Toronto went through last night — again.

According to KAYAK, Travel search dates comprise May 1, 2019, through June 10, 2019, for travel departing on Thursday, June 13. Hotel prices take into consideration hotel properties in San Francisco with at least three stars.