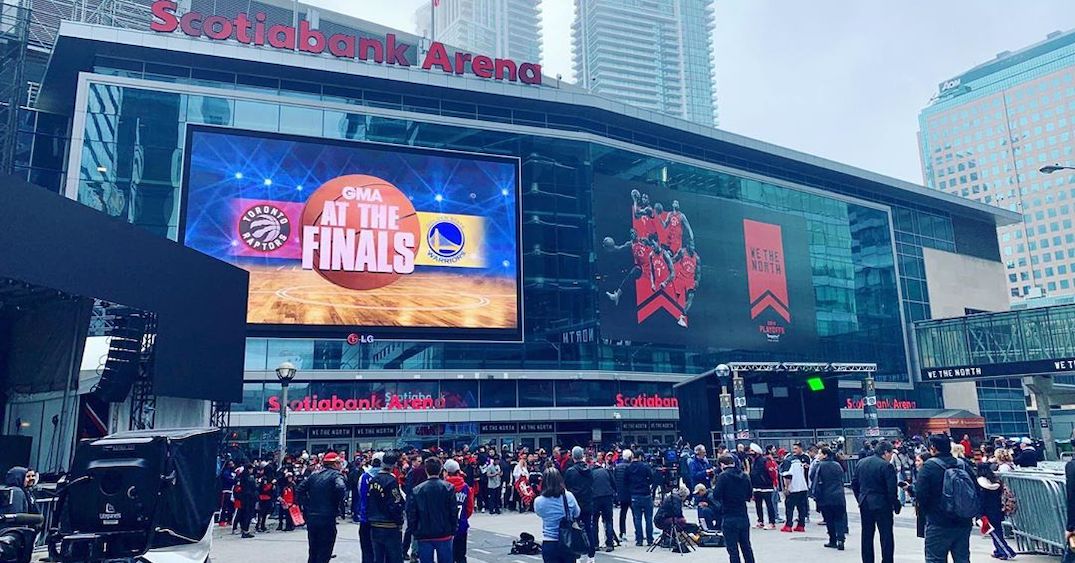 Is it Monday yet?

After beating the Golden State Warriors in Game 4 of the NBA Finals, the Toronto Raptors are one win away from winning their first-ever championship.

It’s going to seem like a long wait for Game 5 in Toronto, though that’s true for some more than others.

Fans have already begun lining up for the Raptors viewing party in Jurassic Park, outside of Scotiabank Arena.

The game isn’t until Monday night.

Here’s a look at the first fans in line on Saturday morning:

A line is already forming at #JurassicPark ahead of Game 5 which is on MONDAY … #WeTheNorth pic.twitter.com/v2xVMooshA

Next in line is father and son Zac Tiessen, 22, and Doug Tiessen, 55, from Stoney Creek, Ontario. They say camping out for Jurassic Park is their version of father and son bonding pic.twitter.com/JMAxvaJfMt

.@raptors diehard fans Angie & Tyler are the first in line for Game 5 at #JurassicPark… which is happening more than 48 hours from now. Dedicated to say the least, we’ll have more on their 💜 for the Raptors + more from last night’s incredible Game 4, on @CTVToronto at 6pm. pic.twitter.com/BaS0Vs3ckm

WATCH: Raptors fans have already started lining up to get into Jurassic Park for Monday night’s historic game 5!