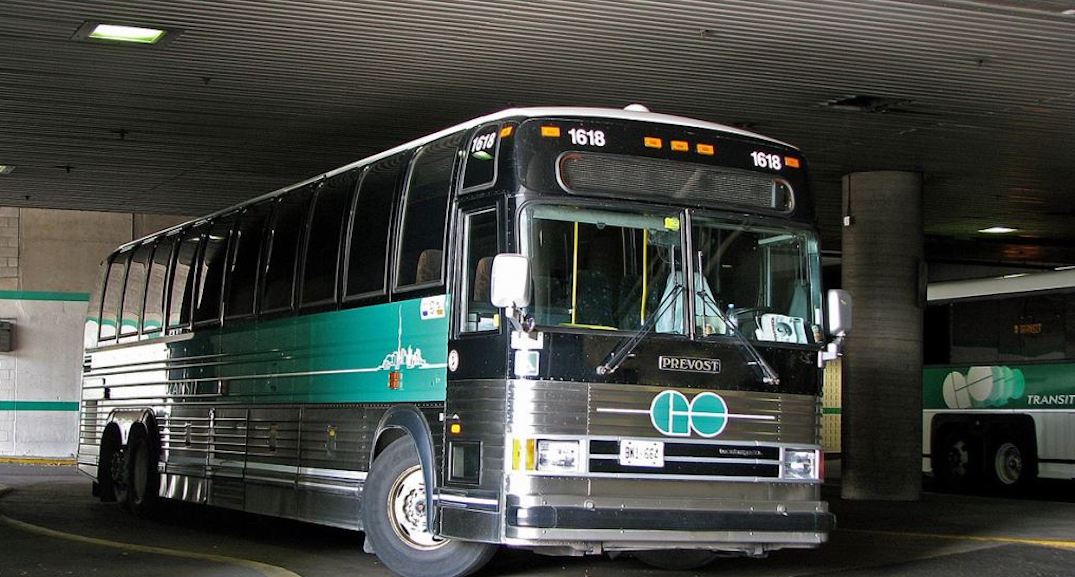 The GO Bus has been serving Toronto residents for 50 years.

The classic white and green bus, which many have taken to get in and out of the city, is an integral part of Toronto transit infrastructure.

These vehicles, while carrying many passengers, also carry a lot of history. Here’s a peek at what’s evolved throughout the years.

The GO Bus first hit the road on September 8, 1970, but it had a different look and didn’t connect the region extensively. 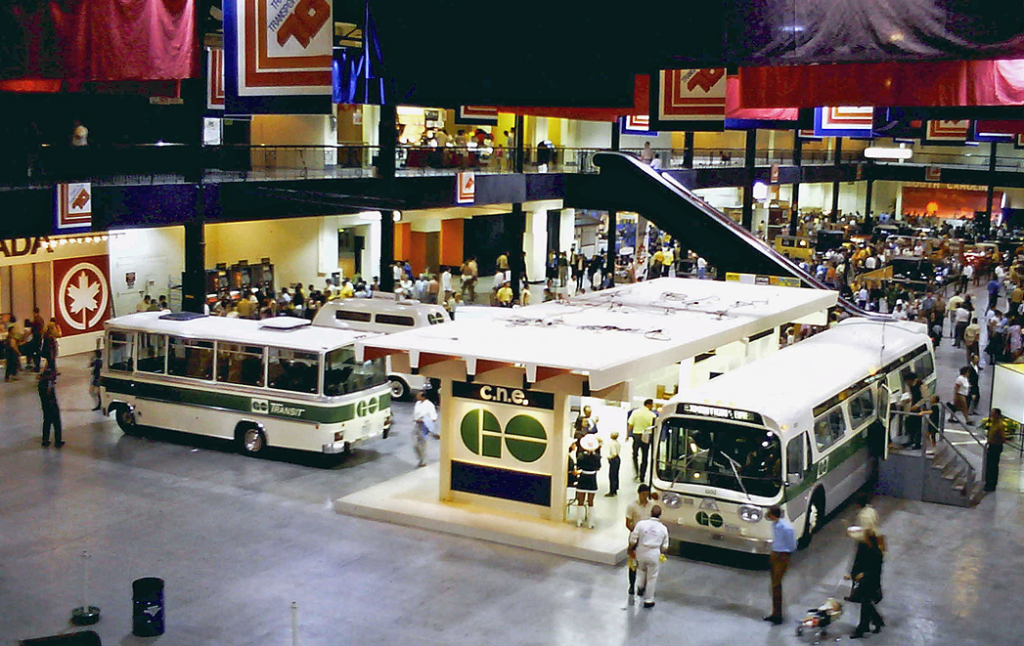 According to Metrolinx spokesperson Nitish Bissonauth, the bus was first unveiled in Queen’s Park and it linked Oshawa on the east and Hamilton on the west, with a bus commuter service running north to Newmarket from Toronto.

“GO’s first fleet was the GMC ‘New Look’ buses. Many Ontario transit agencies, and even the TTC, would rely on the New Look style that was both reliable and durable,” Bissonauth states in a Metrolinx post.

They also had a distinct name: fishbowl (due to the large front windows).

But more buses and stations were needed as the demand for GO Buses grew.

To meet this demand, GO launched new services including bus service timed to the arrival of GO Trains in order to make connections easier.

The transit agency purchased its first coach buses in 1975 in the form of the Motor Coach Industries MC-8 model.

There was also the option for onboard lavatories but being a commuter operator with shorter trips, that option wasn’t necessary, Bissonauth adds.

“During the 1980s the bus fleet continued to expand. First purchased in the mid-80’s, the 102-A2 model would be a popular bus found on GO’s intercity runs until the final ones were replaced by newer MCI coaches in July 2006.” 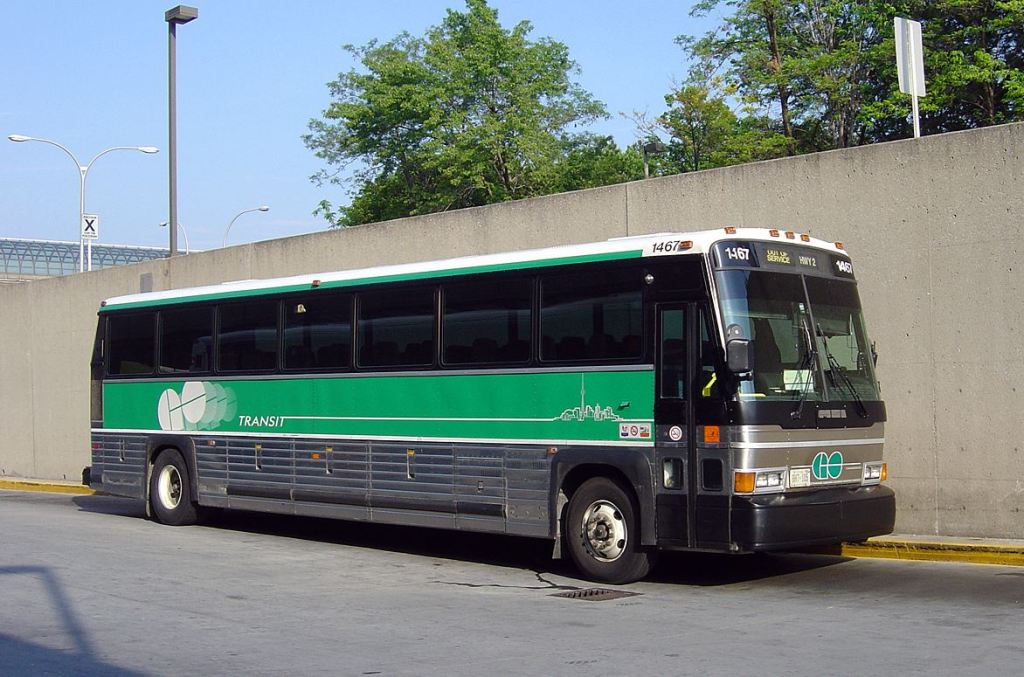 Then, during the late 1990s and early 2000s, GO Transit began modernizing its bus fleet and making it more accessible for all customers.

In 1999, the transit agency ordered the Quebec-based manufacturer Prevost Car for 20 of their LeMirage XL-40 coaches.

“These coaches were the first accessible buses in GO’s fleet, equipped with a curbside wheelchair lift that folded away into the body when not in use,” Bissonauth says.

They featured a stylized GO logo and an outline of the Toronto skyline at one end. They would also be the last units GO ordered with the classic silverside stainless steel body panels. 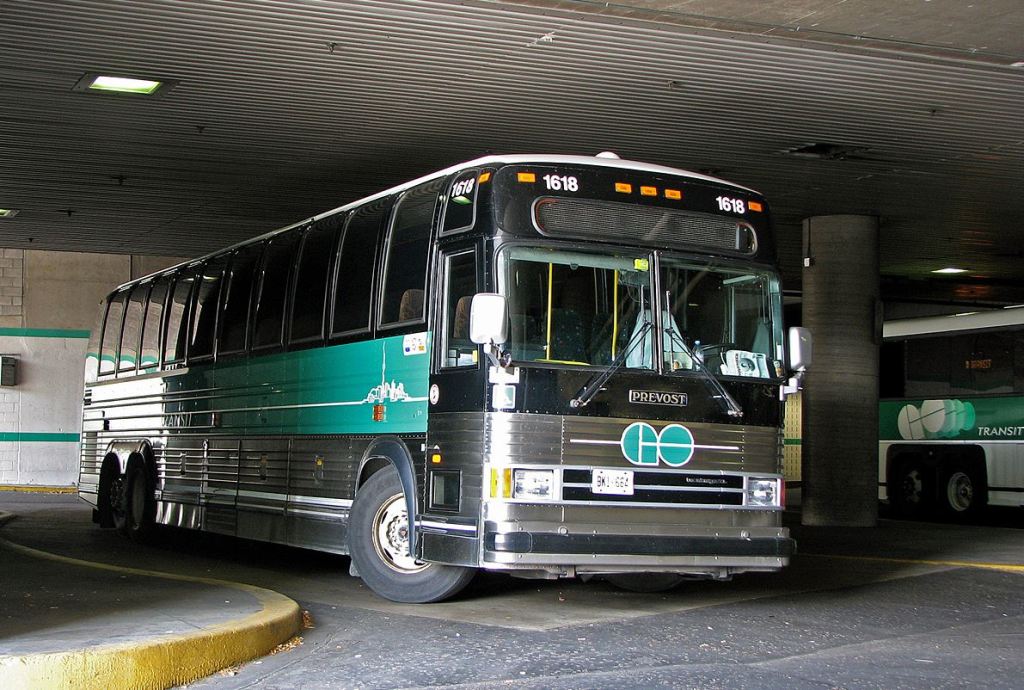 But change was in the air during the mid-2000s as GO Transit sampled vehicles that were longer and could accommodate more passengers — 57 instead of 49.

Similar to the Prevosts, they came with folding curbside wheelchair lift to create better accessibility and had wheelchair spaces inside. 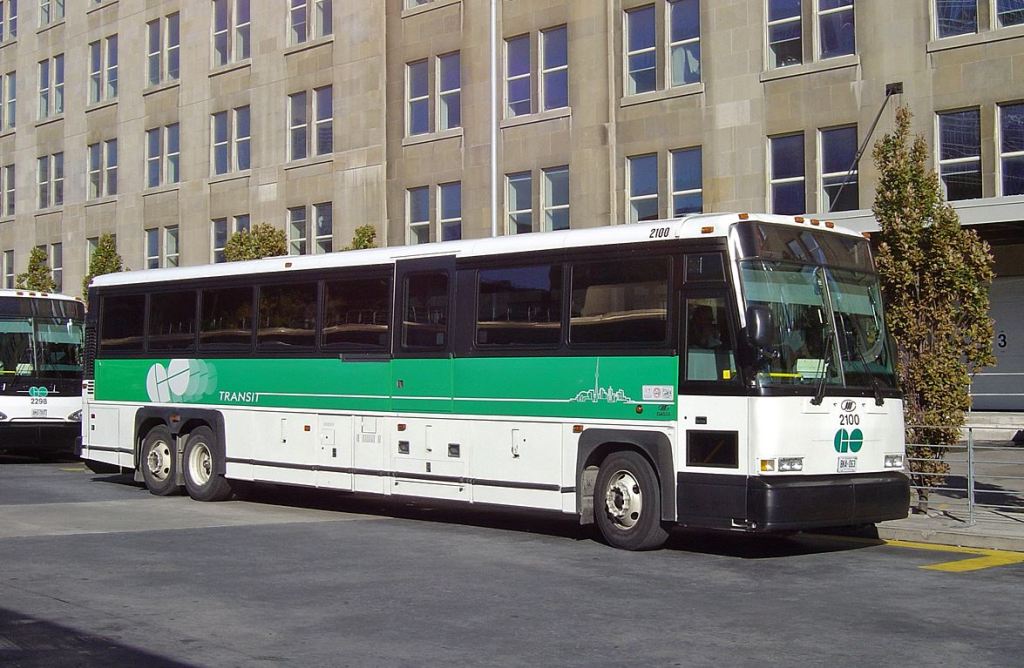 GO Transit stuck to this model for more than a decade, but in 2005 it went through some needed changes and upgrades.

A new front headlight design was introduced and opted for on all of GO’s new orders, called D4500CT.

And in 2013, as part of the GO Transit’s rebranding under Metrolinx, a new two-tone green and white bus was introduced, which is what many customers are familiar with today. 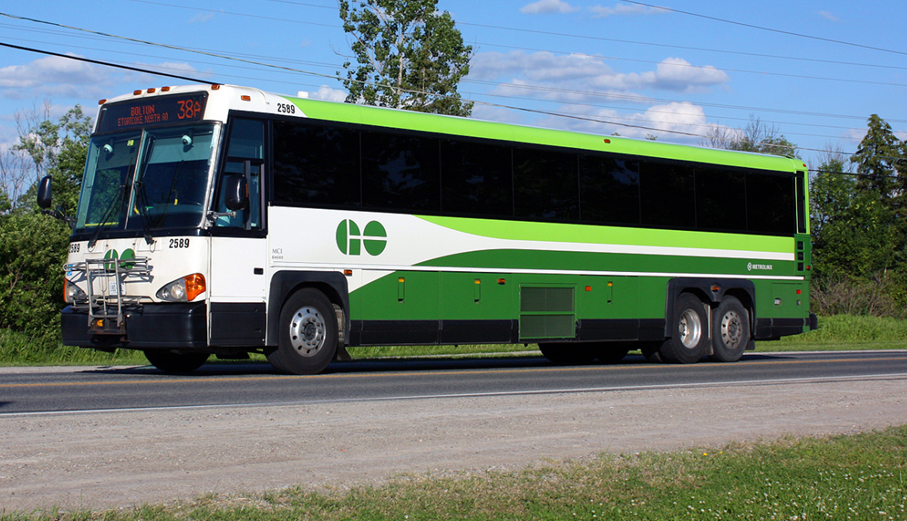 Double-decker buses were also introduced into the transit system in the early 2000s to accommodate more passengers.

According to the Metrolinx spokesperson, after successful trials with certain models, GO Transit decided to place its first order of double-decker buses – a dozen Enviro500 models with Alexander Dennis, a UK based manufacturer.

They allowed easier access for wheelchair passengers and those with mobility needs to access the main level via a short ramp, instead of having to deploy a side-mounted wheelchair lift on a conventional coach bus with stairs.

Other features included an onboard security cameras, power outlets for charging electronic devices, wheelchair accessible spots, and onboard stop announcement and display systems.

But the redesigned version in 2016 was “a game changer.”

“The new SuperLo buses measured 12.8 feet in height, allowing them to now access both the Union Station Bus Terminal and the Yorkdale Bus Terminal. The model was also lengthened, allowing capacity to increase to 81 seats,” Bissonauth says.

While many have grown accustom to the buses that take us in and out of the city, the buses have constantly evolved to fit the needs of the customers.