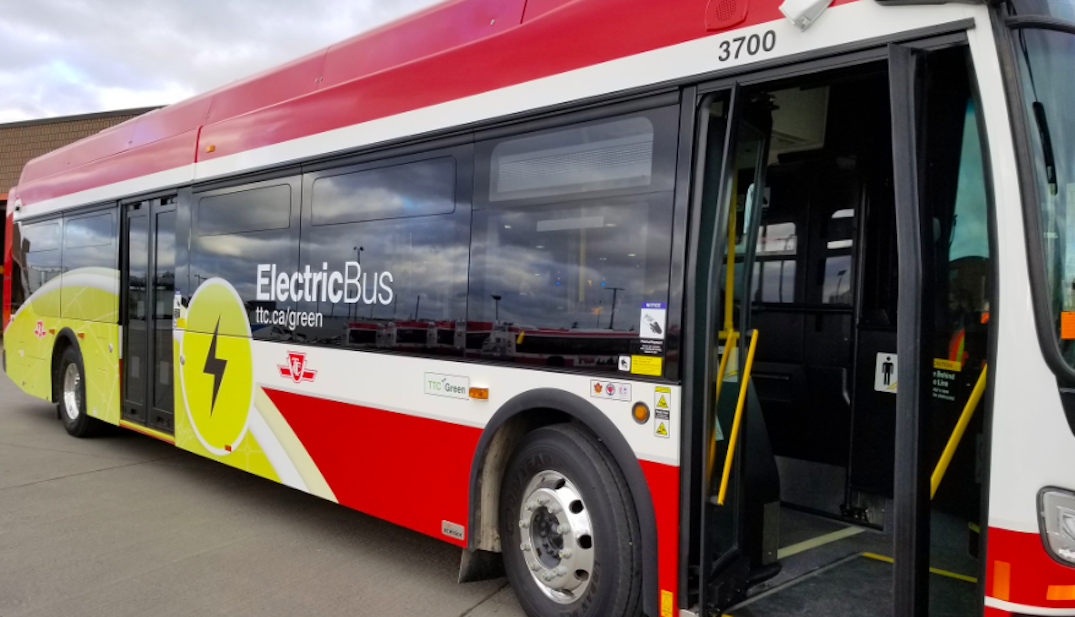 The TTC is now operating the largest fleet of electric buses in North America after implementing more buses into the transit system.

On Tuesday, the transit commission announced its third new electric bus model, which is ready for service.

Approximately 35 eBuses are already in service across the city, with the remaining 25 currently undergoing final testing and expected to be in service by the end of September.

According to Mayor John Tory, the fleet of 60 all-electric buses was only made possible due to an investment by the City of Toronto and the Government of Canada of $140 million.

“Our eBus fleet is one of the many projects that our City government has jointly funded with the federal government through the federal Public Transit Infrastructure Fund,” Tory said.

In total, up to $1.8 billion is being invested in Toronto through the fund, which was launched on August 23, 2016.

“I want to thank the Government of Canada for providing this funding that helps keep Toronto residents moving by investing in modernizing, expanding and upgrading our transit and transportation infrastructure. This is the right and responsible thing to do for our transit system, our city, and our environment,” Tory added.

According to the transit commission, the differences between all three eBus models, including the effect of how they charge on overall performance, will be “put to the test as the TTC progresses with its head-to-head comparison to inform future procurements of battery-electric buses.”

Having electric buses is part of the City’s TransformTO climate action strategy, which targets an 80% reduction in local greenhouse gas emissions by 2050.

In order to meet that target, 100% of vehicles in Toronto must transition to low-carbon energy by 2050.