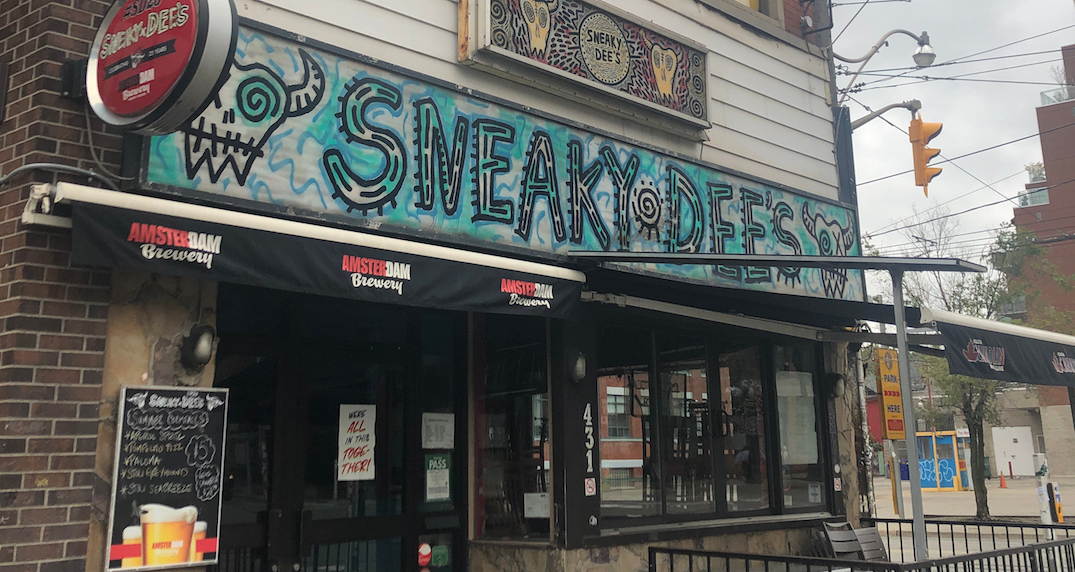 Sneaky Dee’s could be the next Toronto institution demolished by developers.

“We can’t lose institutions like these,” Councillor Mike Layton said.

The Ward 11 Councillor for University-Rosedale added that he’s “watched friends bands upstairs and eaten kings crown at brunch for as long as I can remember.”

Layton’s memories of the iconic city venue evokes what the institution symbolizes for many: a community space offering music, drinks, cheap eats and enjoyable times.

On Sunday, the councillor said “late Friday before the long weekend a developer submitted an application that includes the site of iconic Sneaky Dee’s. Details to come.”

He noted that he hasn’t seen details of the proposal, but knows it includes “most of the block of buildings.

“There are many considerations, but first will be that the area has been under review as part of a Kensington Market Heritage Conservation District coming to council in fall.”

On September 4, the City of Toronto received a development proposal, calling for a 13-storey mixed-use building where the venue currently resides, as well as other neighbouring units along College Street east of Bathurst Street.

An online petition has started to take to City Council to stop the proposed demolition.

“The addition of this building will fundamentally change our neighbourhood for the worse. This isn’t only about Sneaky Dee’s but the constant invasion by big-time developers into our neighbourhoods,” the petition reads.

“We need to stand up and tell the city exactly what we think of this. The proposal is new and there is plenty of time to get our voices heard as a community. These kinds of developments raise our rent, and push marginalized and low income people out of the neighbourhood.”

Daily Hive has reached out to Sneaky Dee’s and the City of Toronto for comment and will update accordingly.