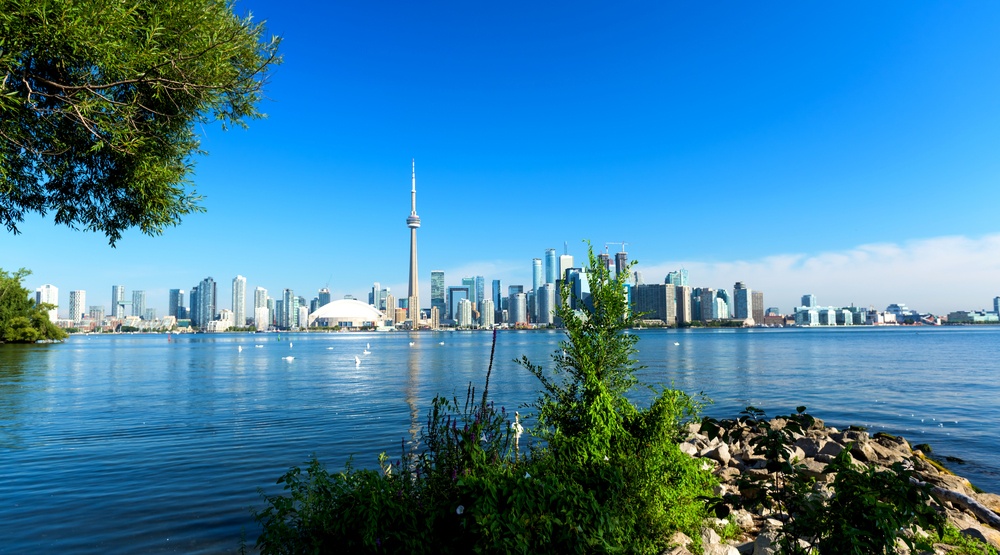 This week officially marks the first week of summer 2017!

Which means it’s time to get outside and check out some of the many events and festivals happening in the city.

Whether you’re into music, food, art is your bag or you want to catch an art exhibition, you’ll find it all right here. From food and drink festivals to Pride parties and concerts, these are the biggest events happening in Toronto this weekend.

What: Now in its 11th year, the multi-arts and multi-platform event will take over David Pecaut Square for its run of free outdoor programming this June.

What: U2 celebrate the 30th anniversary of their hit album The Joshua Tree with a world tour, where fans will see the iconic band that both you and your parents can agree on perform the entire album.

What: This one-day poutine pop-up is part of craft brewer Innis & Gunn’s Maple & Thistle Ale launch. The Scottish brewer is mixing both Canadian and Scot traditions and dishing out free Haggis Poutine from the Maple & Thistle food truck parked in Liberty Village.

What: The Food Dudes’ signature event experience is back and better than ever. BLOCK PARTY IV will be taking over the lakeside paradise of Toronto Event Centre for an unforgettable celebration of food, art, music, performance and interactive entertainment.

What: Come and celebrate some of the best independent craft brewers. The festival will feature a wide variety of finely made craft beers and ciders, as well as delicious food, fun activities, and live music for 19+ festivalgoers.

What: The TD Irie Music Festival has been held since 2002 in collaboration with the Toronto Urban Music Festival. Irie offers Toronto some awesome reggae, world music and gospel.

When: June 23 to 24
Where: Mississauga Celebration Square

What: This weekend only, you can witness the world’s biggest festival of hip hop dance theatre for the first time ever in Canada. The country’s greatest hip hop crew’s along with international groups from South Africa, South Korea, and the UK will stomp the stage.

What: At NXNE, not only will you find thirty acts that span multiple genres, added perks include midway rides, carnival games, food trucks, art installations and goodness-packed food trucks.

What: Continue your Pride Month celebrations with an official Pride Toronto dance party at the ROM. This party will feature queer art, expression, music, dancing, food, and performance. A night to feel proud about.

What: Montreal-based pianist Jean-Michel Blais and genre-defying, Grammy Award-nominated electronic producer Mike Silver will be performing this Saturday at the Great Hall as part of Luminato Festival. The show will feature a blend of trance yet beautiful tracks  – definitely, a great way to wrap up the festival.

What: Whatever flavour of jazz you enjoy, you’ll find it at the TD Toronto Jazz Festival this summer! Performers include Joss Stone, Aretha Franklin, and Mavis Staples to name a few. Make sure to view the festival website to find where your favourite musicians are performing and ticket prices!

When: June 23 to July 2
Where: Venues throughout the city

What: Say hello to the new season with a full day of music, art, outdoor patios and shopping.

What: Sample dairy-free cheese, listen to talks from vegan entrepreneurs, and partake in cooking demos that go beyond your typical cheese platters at this festival featuring dairy-free cheese and plenty of day drinking.

What: The Drake will be hosting a block party celebrating the intersection of high art and street culture, led by UK-based Australian artist Shaun Gladwell (former pro skater) with a live performance of his critically acclaimed film Skateboarders VS Minimalism.

What: The massive celebration of Filipino culture promises a full day packed full of food, entertainment for all ages, and shopping. Tickets cost $15.

The Arkells and July Talk

What: Homegrown talent, The Arkells (who are multi-Juno winners) and July Talk hit the breezy Budweiser Stage for an evening of crowd-swaying rock.

What: Step back in time to the roaring twenties, dust off your best Daisy Buchanan-inspired frocks, and head to Toronto’s very own Spadina Museum for its annual Gatsby Garden Party where Champagne and boozy cocktails will be flowing in full force. You can expect to enjoy live jazz music, dancing, croquet, and of course plenty of costumes. Guests are invited to dress up in full Gatsby attire from flapper dresses to feathered hats — with prizes available for the best costume.

What: Toronto drone enthusiasts, Staples is hosting a drone event this weekend that you won’t want to miss. The Staples Drone Event invites the public to ask experts and learn about drones at this free event filled with live demonstrations and different models. Admission is free, however, registration is required to attend.

What: This unique event will feature a variety of independent artisans and vendors from across the city selling handmade crafts, vintage clothing, records, antiques and other recycled and repurposed treasures. Food vendors will also be on hand to offer imaginative food, drink and craft beer.

What: This year’s parade will feature more than 150 participating groups, making the Toronto Pride parade one of the largest in North America. There will be unforgettable performances, floats, marchers, and all the glitter you can handle.

When: June 25, 2 pm
Where: The parade begins at Bloor and Church, South on Yonge Street to Yonge and Dundas Square

What: Summer movie season at Christie Pits is upon us and will be kicking off its summer of films on Sunday, June 25. This year’s opening film is The Freshman and a live score from Toronto’s The Holy Gasp. Film screenings will run every Sunday thereafter until August 20.

What: If you’re looking to keep the party going following the Pride Parade, head over to this afternoon disco at Barbara Hall Park. Legendary DJs Horsemeat Disco and Joey Negro will be headlining alongside local DJs The Pachouli Bros, Kris Steeves, Diego Armand and Phillippe.

What: End your weekend on a peaceful note by participating in an outdoor yoga class in Toronto’s historic Distillery District. Led by dynamic instructors from the top yoga studios in the city, the event is a one of a kind yoga experience with themed classes. All you need is your mat (and a waiver).