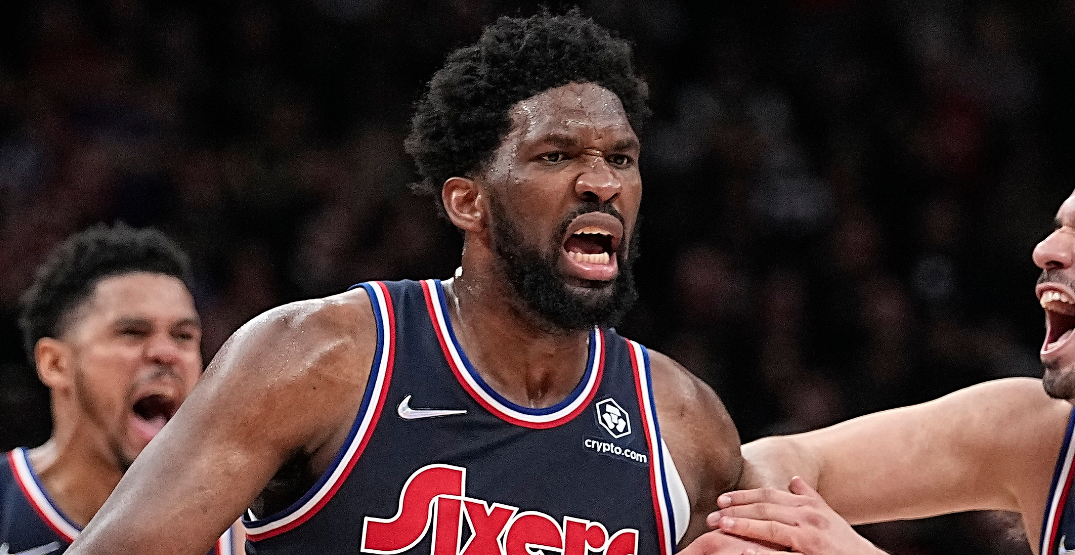 Joel Embiid didn’t have the best time in Toronto this spring.

Yes, his Philadelphia 76ers topped the Toronto Raptors in their playoff series, but Embiid seemed to be at the centre of a lot of chatter — and one elbow — throughout the roller-coaster series that saw his team advance in six games.

The latter changed his opinion about the fanbase in Toronto, too.

Asked about an elbow he ate from Raptors power forward Pascal Siakam in the fourth quarter of Game 6 that resulted in an orbital fracture and a concussion, Embiid pivoted to talk instead about the fans.

And his perception has changed.

Joel Embiid has some words for the salty Raptors fans from Round 1… 👀 pic.twitter.com/eHvJtw2ED2

“I don’t know. I don’t think it was intentional,” Embiid said postgame after Philadelphia’s 99-79 victory over the Miami Heat in Game 3. “That’s my guy, obviously. It’s unfortunate. I don’t think he meant to do it.

“But I was more irritated by the perception of when that happened, really their fans. I’ve always thought they’ve had great fans, but it kind of changed my mind about their fans up there. Whether it was throughout the series, the ‘F’ chants and all that stuff…that’s cool. It never gets to me anyways, but I think they got mad because I did the airplane celebration.

“It’s been going on in a few arenas these days, where fans feel like it’s okay to just say ‘F – somebody.’ There’s a bunch of kids in the arena. I don’t think that should be okay even if there wasn’t kids. But it’s almost like, if you respond to it, it’s almost like, in the Draymond situation, the league fines you. So to me, it doesn’t bother me. I’m just speaking for really everybody in the NBA. If you give it, you also got to be able to take it.

“And I’ve said this about our fans too, when they boo, if the players are going to go back, you got to be able to take it too.”

“It’s always a tough place to play at especially in the playoffs,” Embiid said after Game 3 against the Raptors. “They’ve got great fans. They’re loud. I knew coming into Toronto I was definitely going to be the bad guy.”