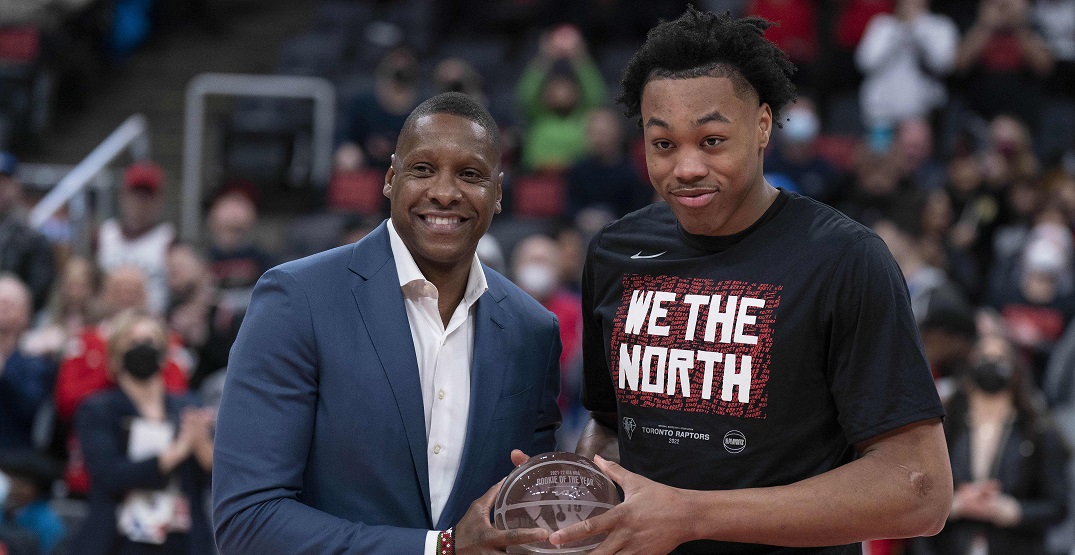 In case you missed it, the Raptors spent an entire season playing in Tampa’s Amalie Arena due to the COVID-19 border and quarantine restrictions.

The season was a mess for the Raptors: multiple players dealt with extended COVID bouts, the team lost 13 of 14 games at one point of the season and finished with their worst record since 2011-12 at 27-45.

But it wasn’t all bad, at least if you ask Raptors president Masai Ujiri.

At his season-ending press conference, Ujiri said the Raptors still found a way to win despite their losing record.

“Last year, the ‘Tampa tank’ year, we won,” Ujiri said. “You know why we won? Scottie Barnes. Our whole mindset has to be winning. You have to think about it that way.”

This is an all-time Masai Ujiri quote.

“Last year, the Tampa tank year, we won. You know why we won? Scottie Barnes.” pic.twitter.com/brdP07rMvT

The Raptors chose Barnes with the fourth overall pick in last year’s draft after moving up in the lottery, and it couldn’t have worked out much better. Despite initial confusion about the pick, Barnes silenced any and all doubters by ending up with the NBA Rookie of the Year award.

Ujiri said that Barnes mentioned winning “100 times” in his pre-draft interview with the team, which helped to influence the decision to go with the then 19-year-old Florida State product.

“That’s what we want because I think that’s what sports are about,” Ujiri added.