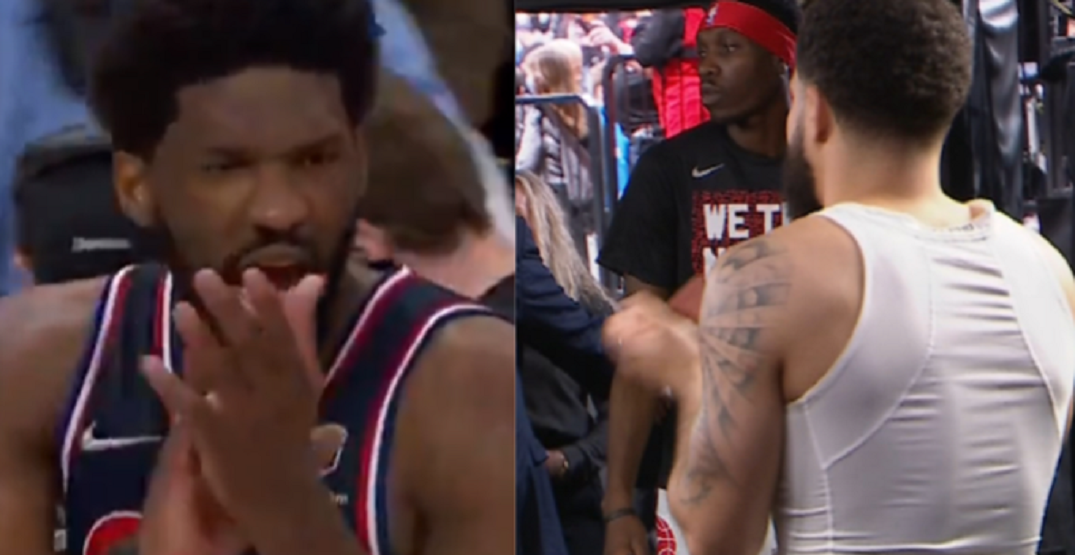 Following the Raptors’ Saturday afternoon victory over the Philadelphia 76ers, Embiid offered the games’ refereeing crew a sarcastic clap as he headed off the floor.

Philadelphia took the first three games of the series, but Toronto avoided the sweep with a 110-102 victory, their first home playoff win in Toronto since Game 1 of the 2019 NBA Finals.

When VanVleet saw Embiid heading towards the locker room, well, he offered a clap back of his own to the 76ers centre.

VanVleet exited the game in the first half with a hip injury and did not return. His status is unknown for Monday’s Game 5.

Officiating has been a key talking point throughout the series, with Embiid telling Raptors coach Nick Nurse to “stop bitching… respectfully” about calls during the end of Game 2.

“We were sending a lot of people at him,” Nurse told reporters postgame after Game 4. “That’s probably it really, we were trying to let him not get going as much as we could, and that takes more than one person to do it with.”

Embiid finished with 21 points, eight rebounds and three assists in 39 minutes of action. For the first time in the series, the Raptors had more foul shots than Philadelphia, taking 35 to the 76ers’ 25.

But when asked for an explanation of the postgame claps, Embiid wouldn’t budge.

“I’m going to take my own advice and not complain about fouls,” Embiid told reporters postgame, per The Philly Voice’s Kyle Neubeck. “They did a great job. I admire the job that they did today. To me, it felt like they had one job coming in here tonight, and they got it done, so congrats to them.”

Raptors analyst Leo Rautins had his own take on the whole thing.

Respectfully…Embiid should stop bitching about the refs!