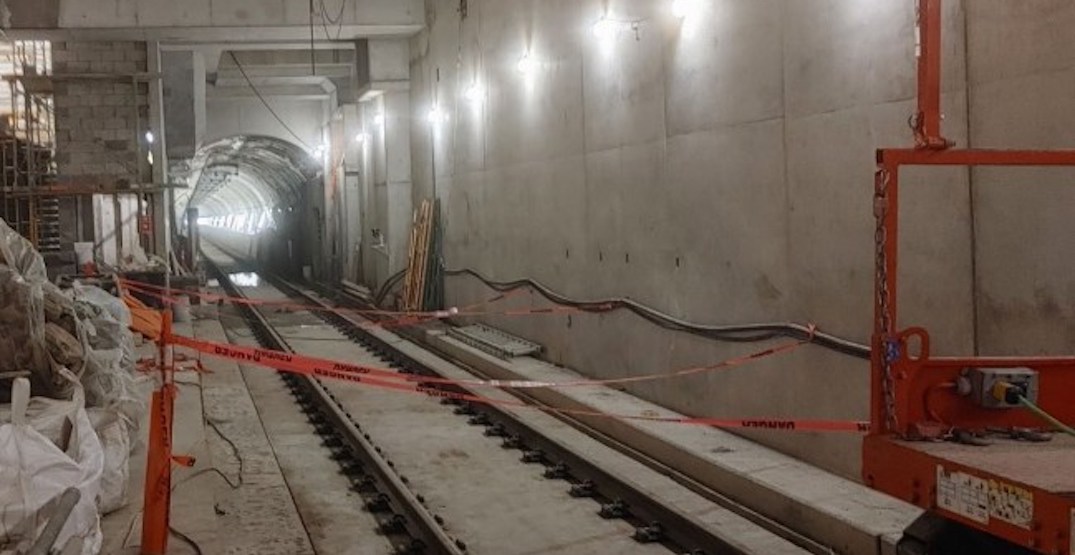 The opening of the Eglinton Crosstown LRT finally feels within reach now that most of the track is laid down, and the stations are starting to come together.

The new transit line, running from Mount Dennis in the west to Kennedy Station in the East, is currently undergoing track testing before its expected opening in 2022. And Metrolinx recently shared a number of photos of the under-construction stations, giving transit riders a glimpse into how the project is coming along.

The stations are still very much active construction sites, but the photos show the tunnels and stations themselves really taking shape.

One photo shows the tunnels and track at the Forest Hill Station. Right now, crews there are working to install an electrical system on the platform level that will help to power the light rail vehicles. 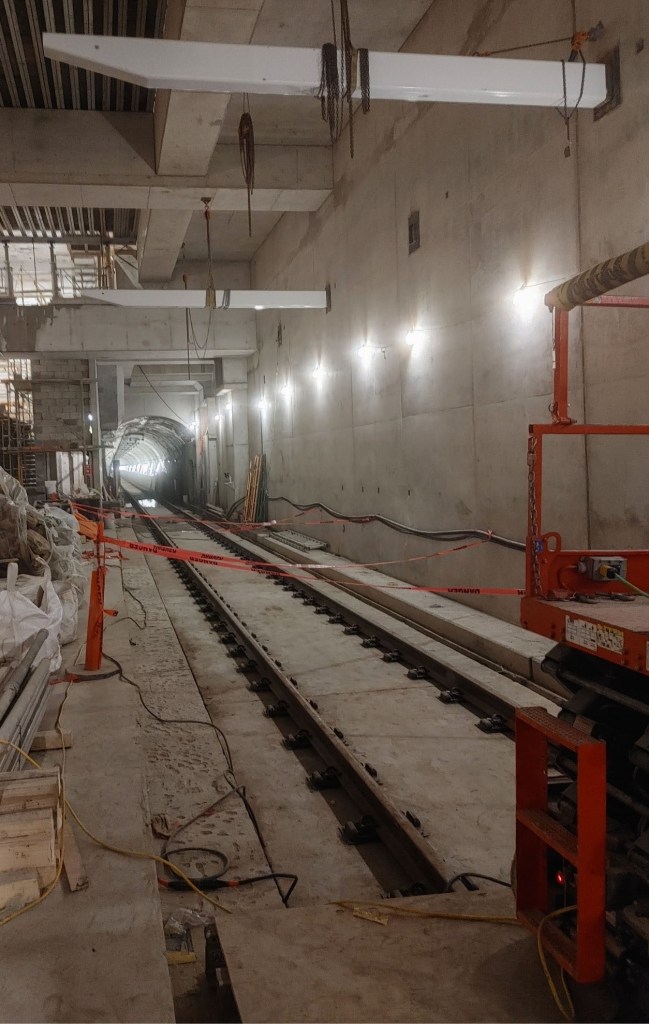 The next station over, Chaplin, had its rails installed just last week, marking a 93% completion of rail laying across the line. 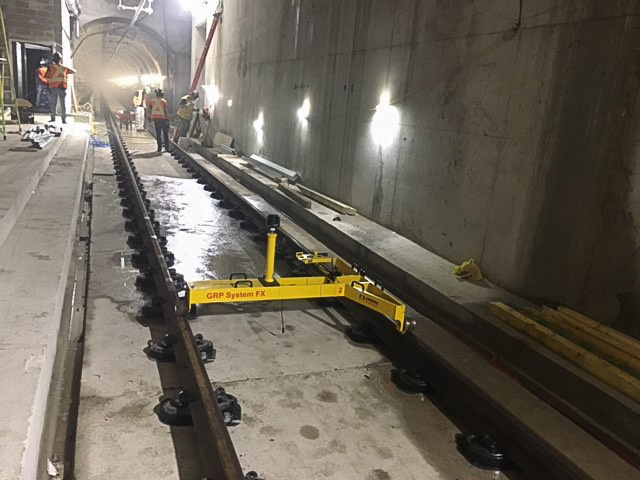 Metrolinx also shared a photo of Avenue Station, the next station to the east, having its cylindrical tunnel installed. 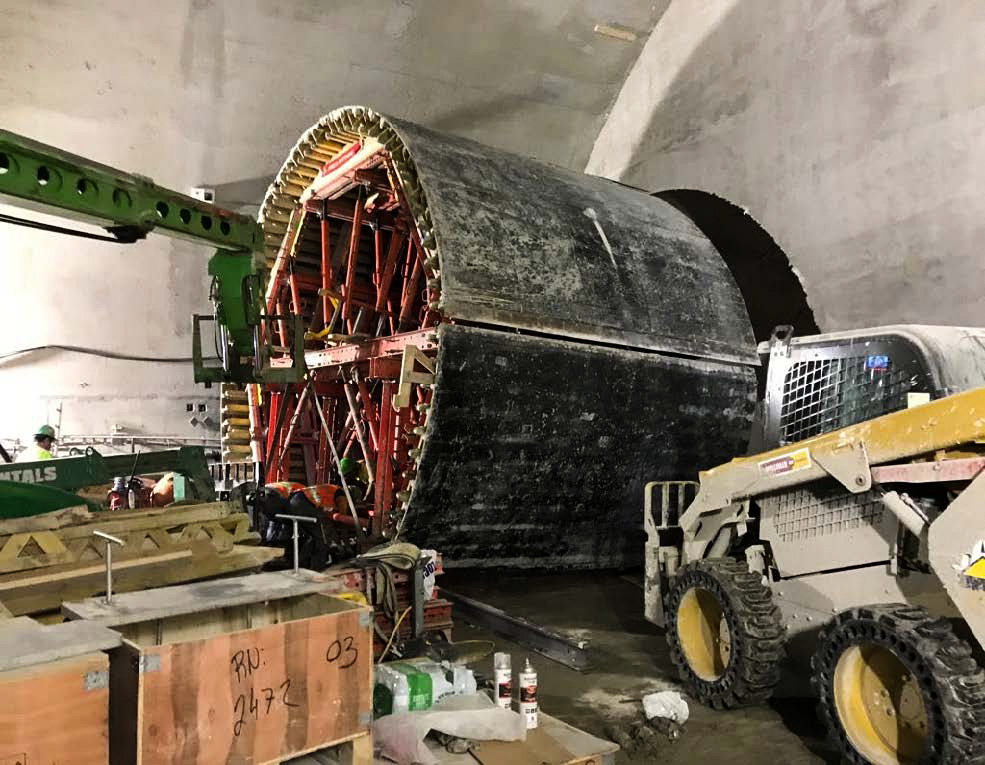 A little further down the line at Mount Pleasant station, the upper concourse cement floors have been poured, and crews continue to build out the station. 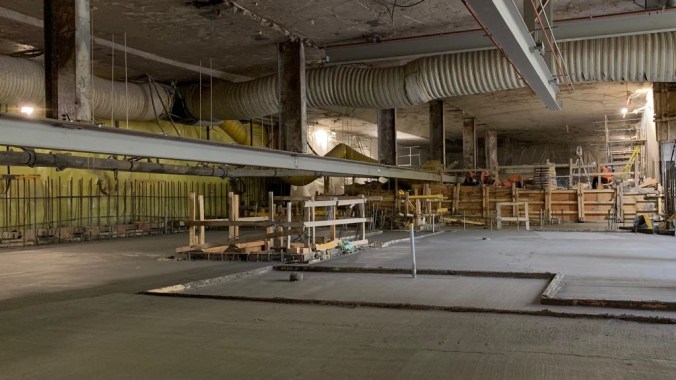 And at Leaside, just one station east of Mount Pleasant, the entryway is coming along, with tiles and stairs going in. 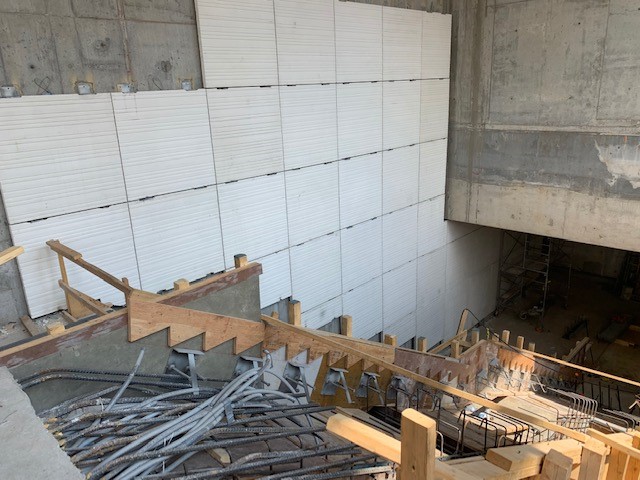 The Eglinton Crosstown LRT is slated to open in 2022, although a recent legal dispute between Metrolinx and the construction company Crosslinx Transit Solutions could mean further delays. Metrolinx has not announced any changes as of yet.