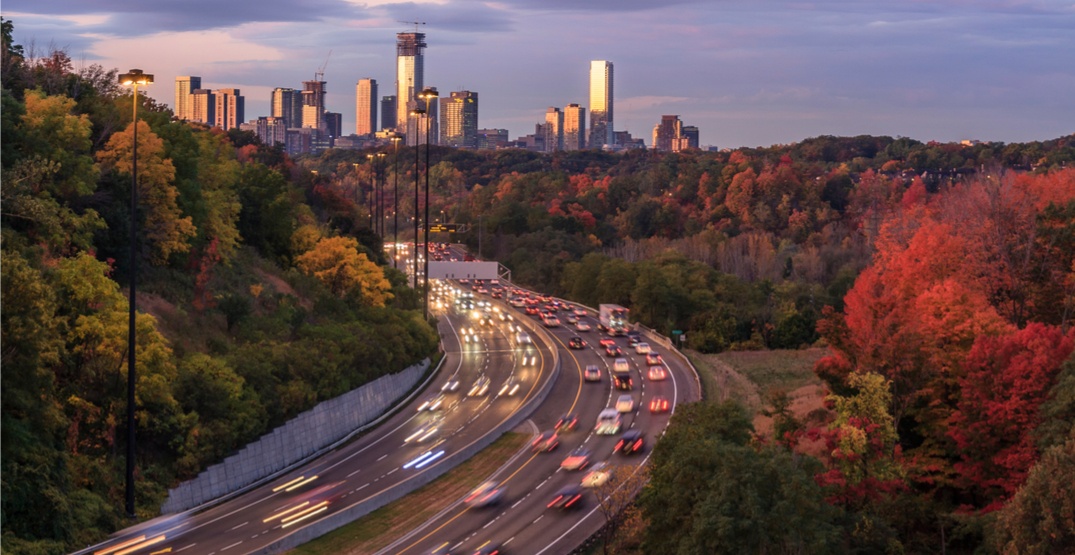 If you’re planning on taking the Don Valley Parkway this weekend, you’re going to want to plan ahead, as there’s a partial closure scheduled.

According to the city, the DVP will be partially closed from Saturday to Monday to replace the culvert pipe that crosses all lanes under the bottom of the Dundas Street East on-ramp.

This work is to ensure flooding doesn’t occur in severe weather conditions and to keep the expressway safe and in a state of good repair, according to the city.

During this time, all northbound lanes on the DVP from Lake Shore Boulevard East to the Dundas Street East on-ramp will be closed.

Finally, approximately 500 metres of the southbound lane immediately adjacent to the work zone near the Dundas Street East on-ramp will close, while all other southbound lanes will remain open.

Drivers will be able to drive northbound on the DVP at Bloor Street East. Additionally, Bayview Avenue, Victoria Park Avenue, and Kingston Road will be alternative routes for motorists during the closure.

During the closures, there will be traffic signal timing changes to enhance traffic flow on alternate routes, co-ordinate other construction work to prevent major work from taking place along parallel routes, and provide real-time traffic information on the city’s overhead signs to mitigate traffic congestion resulting from the closure.

Whenever possible, people are encouraged to consider using public transit.