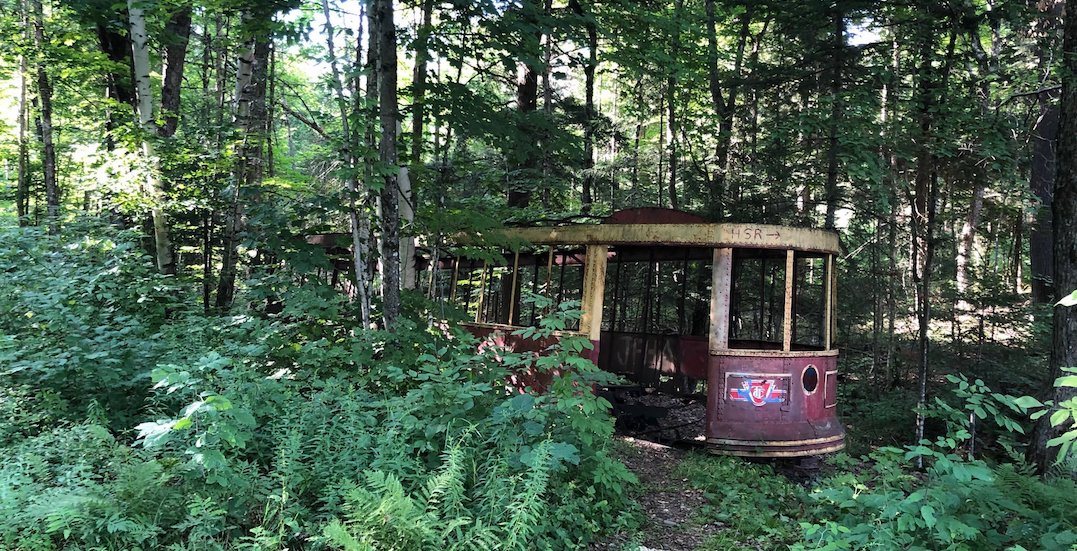 TTC streetcars aren’t always on time, and sometimes get derailed, but they never travelled too far off course… or so we thought.

Toronto City Councillor Josh Matlow was in the forests of the Haliburton Highlands when he spotted a site from home.

A streetcar, in the middle of the woods.

Matlow tweeted a photo of the streetcar, which garnered a lot of responses.

Deep in the forests of the Haliburton Highlands…a Toronto streetcar. pic.twitter.com/ip94ABPk6c

Someone reminded us that streetcars are “dangerous in the wild.”

Careful! These streetcars are dangerous in the wild.

On delivery from Bombardier. Half way from Thunder Bay to Toronto.

How can I find this Airbnb listing?😂

I will now stop waiting for that streetcar.

Some of the responses pointed out that Matlow was at the Haliburton Scout Reserve, which houses this abandoned vehicle.

Haliburton #Scout Reserve! Anyone who has taken their Scout to summer camp knew instantly! 😀 #scoutsdostuff

According to TTC’s Stuart Green, that is where the vehicle is.

Photos geotagged in the area show what the interior of the streetcar looks like.