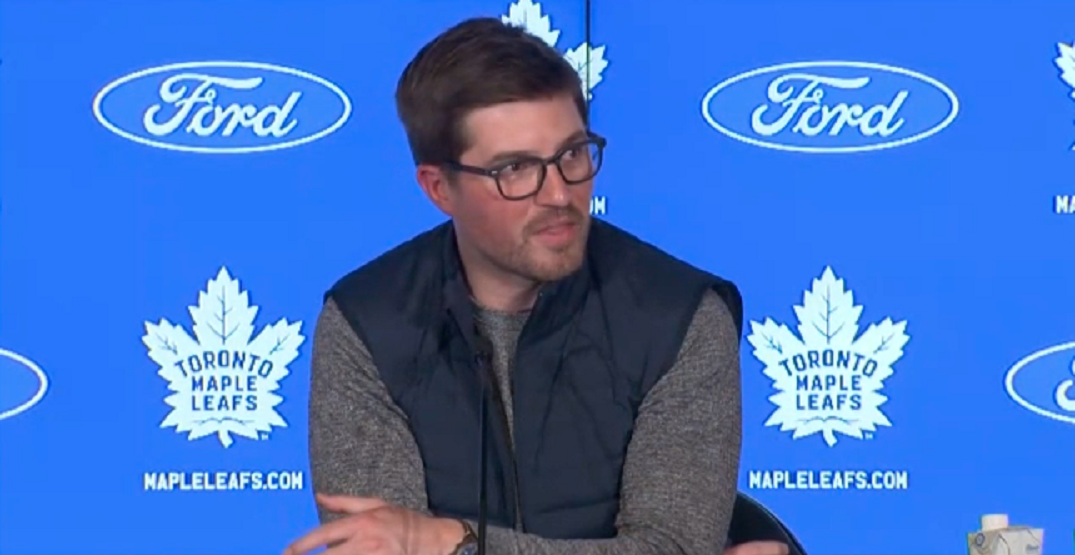 Toronto Maple Leafs general manager Kyle Dubas isn’t backing down when it comes to his team’s contracts, even after yet another heartbreaking playoff loss.

Toronto’s Game 7 loss to the Tampa Bay Lightning was its sixth consecutive first-round exit and the fifth consecutive season that the team fell in a do-or-die game.

“Going through these exit meetings and speaking with Sheldon right after, and speaking to the players right after, they know that we’re close, but they also know that the closest part and the closing part is the hardest part [of winning in the NHL],” Dubas told reporters on Tuesday.

Much of the discussion during Dubas’ four-year tenure at the helm of the Leafs has centred around the cost of forwards Auston Matthews, John Tavares, Mitch Marner, and William Nylander.

No team in the NHL has committed as much of their salary cap to just four forwards, with the pair slated to make $40.4 million next season, or just about half of the team’s total payroll.

Asked if he’d “reconsider” the contracts on high-end forwards, Dubas stuck to his guns.

“I think they’re providing us great value for them in the way that they’re producing and the way that they continue to evolve as they go through their contracts. So I don’t regret those at all,” Dubas said. “I don’t know that I’ve ever felt that it’s best to detract some of your very best players to spread the dollars around players who aren’t as good.”

“We’ll sit down as a management group and look at our whole entire roster,” Dubas said, in a very non-committal answer, but a trade doesn’t seem like it’s on the horizon.

If there’s a specific contract out of the four that’s been catching heat lately, it’d be the 31-year-old Tavares, who has three years left on his contract and a full no-movement clause. After a slow start to the playoff series, Tavares closed out his playoff run with three goals and three assists in the seven-game series loss to Tampa.

“Players are going to change as they age inevitably, and we need to, as a management team, be always supporting them with pieces that are going to best allow them to maintain their primes as long as possible,” Dubas said about Tavares. “So whether it’s John or anybody else on our team that you would say is over that, whatever you want. I mean, different people view the prime year as a different one. [Some] say it’s 24. Some would say it’s 27. Some would say it’s 30. Whatever it is, we want people that can come here and maintain that level as long as possible. I think that falls on us.”

Trades or no trades, it’ll be a LONG summer before the Leafs get a chance to hit the ice this October.