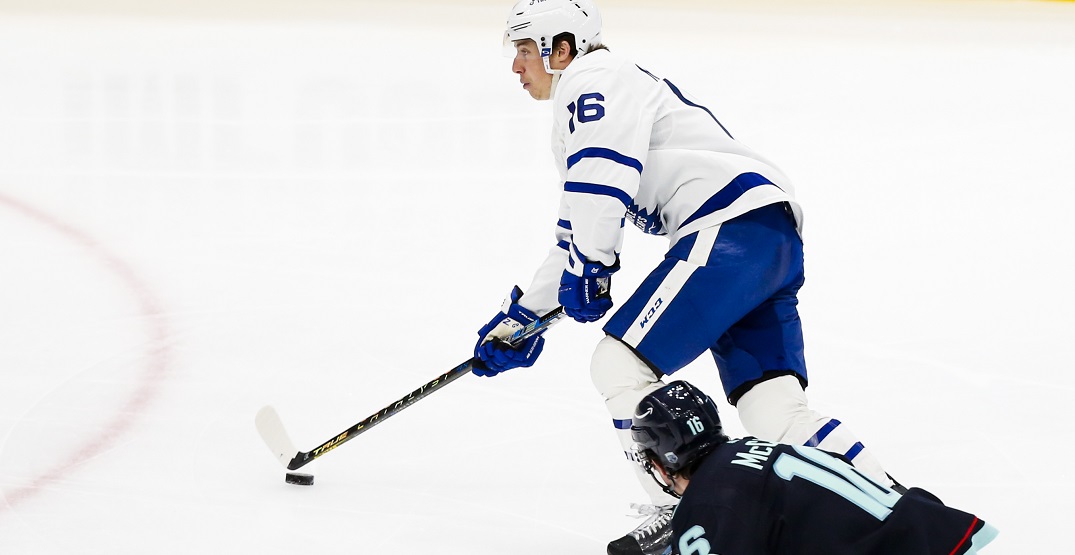 Leafs PR confirmed on Twitter that the player was robbed at gunpoint of his Range Rover vehicle while outside of a Cineplex Theatre at The Queensway and Islington Avenue.

The carjacking suspects reportedly didn’t recognize the 25-year-old Marner, who has spent the last six seasons playing with the Maple Leafs.

Marner was scheduled to meet with media members on Tuesday at the team’s end-of-season media availability, but was not made available as a result of the incident.

Several of Marner’s teammates stated they were glad Marner was okay, but wouldn’t divulge much further about it.

According to CP24, Marner then went to 22 Division following the incident to meet with the police.

Toronto Police are in search of three suspects: two armed with handguns and one armed with a knife.

CityNews’ Carl Hanske added that the suspects tossed Marner’s cellphone of the car window as they fled the area, according to police sources.