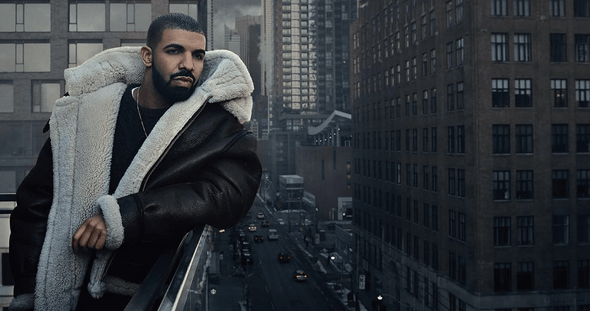 So it’s Drake’s 30th birthday today, and although it is not a national holiday (yet) we’re still celebrating like it is.

Because love him or hate him, Drizzy (aka Aubrey Graham) put Toronto’s music scene on the map. Not just in Canada, but globally. He changed our local music landscape for the better, and led the way for many young Toronto rappers. Throughout his career of four studio albums and two commercial mixtapes, Drake has always put Toronto in the heart of his lyrics.

And so, on the day of Drizzy’s birth, we celebrate these Toronto lyrics. And we thank Sandi Graham and Dennis Graham for bringing the 6ix God to us.

Ahhh, 15 Fort York. Once home to Drake, this bustling City Place neighbourhood is said to be where So Far Gone was recorded. Of course, he wouldn’t have done it without his besties: Oliver El-Khatib, Noah “40” Shebib, and OVO Niko. It was apartment 1503, as head in “The Ride.”

All about the East Coast love, Drake references Scarborough’s Kennedy Road — where most of the OVO crew is from.

Happy earth strong to my real brother. Thank you for introducing me to a world that would end up changing my life forever. Thank you for the talks about all the people that changed and thank you for your effort to remain the same. Thank you for making me a Tito to Ezee. Most importantly…thanks for getting me to stop wearing suits to Escape and Club 26. @ovoniko #HadToAddHashtags #LavenderPocketSquare #ThisWasntASpecialOccasion #IUsedToDoButterflyCollar #BananaRepublicGotRaided #ChangeClothesAndGo #IDressedThenLikeKevinHartDressesNow #NikoHasOnFrenchConnection #WhereIsNebby #MenInSuitsWomenInDresses #IWasBumpingRyanLeslie

“I take Eglinton to 401 east, and exit at Markham road in the east end, where all the pretty girls are sleeping.”

Drake takes the highway, just like all of us. And the 401 in all its glory gets a shout out here, along with more East Coast love, and this time to the pretty girls.

When Drake is away for too long, and misses Pearson International Airport, he writes about it. How cute.

“How did I finesse all this shit from Jane and Weston?”

Seriously though, how?! Drizzy raps about the city’s notorious West End neighbourhood, where he once lived as a child.

“Kennedy Road taught me not to trust people like you.”

From: “Keep the Family Close”

More Scarborough love, clearly Kennedy Road has influenced Drake a lot. Including teaching him not to trust people like you. (Just kidding, you’re fam.)

Because even in the thickest winter wear, Toronto is frigid in the winter. And this proves that Drake gets cold in Toronto even in his Canada Goose, but still loves it of course.

“This ain’t the son you raised who used to take the Acura at 5 a.m. to go and shoot Degrassi up on Morningside.”

Remember the Jimmy Brooks days? Good ol’ Degrassi is what put Drake in the spotlight. And Centennial College, where Degrassi was shot, was on Morningside Avenue in Good ol’ Scarborough.

Of course, Weston Road itself is another Toronto street reference, but this one is also about Toronto Raptor Vince Carter’s 2000 NBA All-Star dunk contest. Clearly, his love for the Raps started early too.

“After hours at Il Mulino or Sotto Sotto/ Just talkin’ women and vino.”

Because we all know where home is. ♥