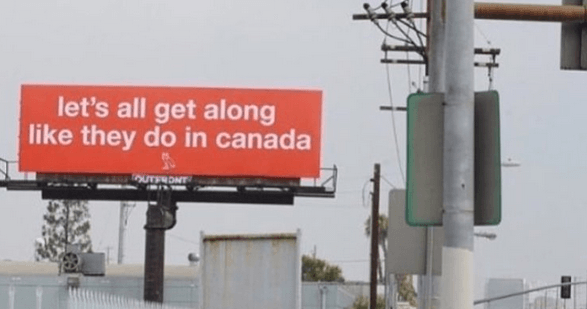 One of Drake's latest billboards, seen in Los Angeles/@Champagnepapi via Instagram

Besides putting Canada on the map, Drake has almost single-handedly brought back billboards. In a digital era that tends to ignore such ludicrous large advertisements, Drake has found a way to make them gain viral attention.

And his billboard obsession isn’t new. Drake started back in 2011, prior to the release of his album Take Care. At the time, he popped up a billboard resembling the City of Toronto sign, complete with an accurate population count of the city. Back then, Drake was still just some rapper – and the City was not pleased with his billboard. The inaugural billboard had the OVO owl, the word “Toronto” and “Take Care November 15” written underneath. It was simple, but definitely gained the city’s attention. 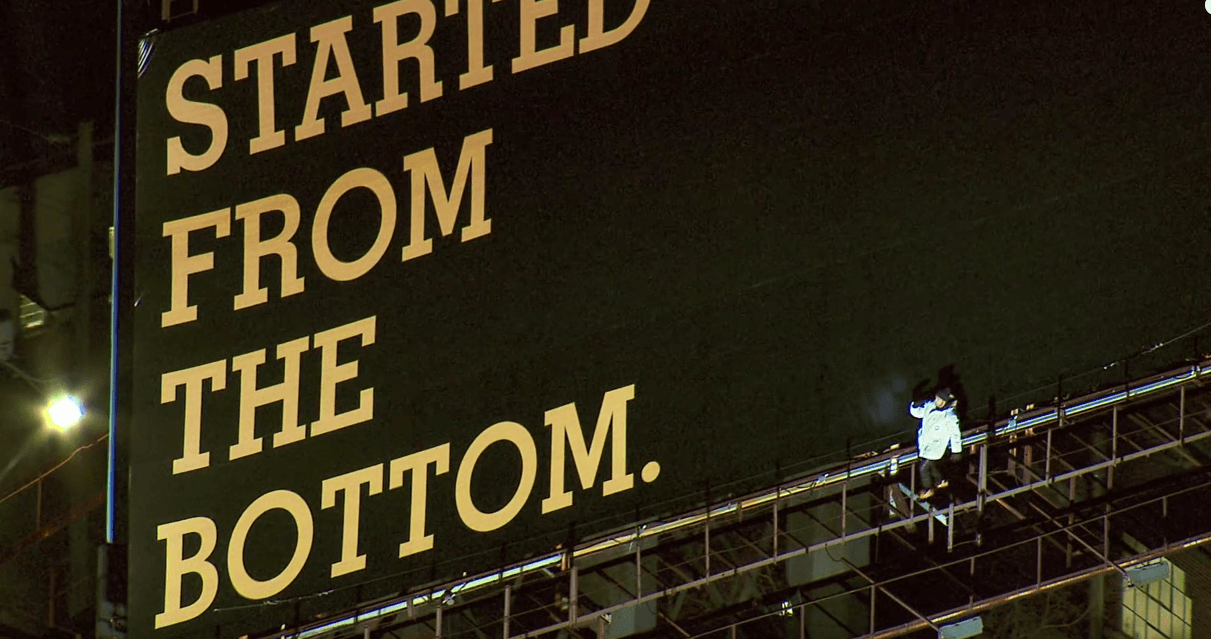 A mini Drake with his giant billboard/YouTube

This was the year Drake would up his billboard game. And it all started with the cryptic sign at Toronto’s Gardiner Expressway on the morning of Wednesday, November 4, 2015. 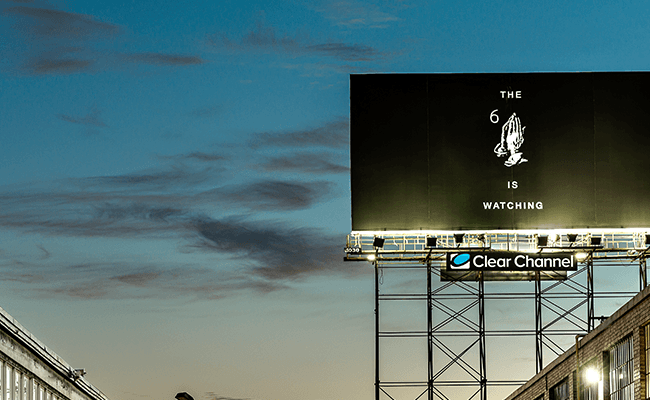 The 6 God is Watching/Universal Music

Through the power of Drake’s fans and social media, the Toronto billboard was soon seen all over the world. No more than three words were needed. This was enough to grasp everyone’s attention, and leave them wanting more. According to Clear Channel, between November 4 and 10, the billboard earned 86.72 million media impressions.

It was clear his fans were also watching.

With the album highly anticipated at this point, 2016 was a whole new billboard game for Drake.

It all began in Toronto on a cold winter day in February when a massive billboard went up in the heart of the city – right before NBA All-Star weekend hit the 6ix.

And the fact these cryptic messages were understood was what made it all that much more exciting among fans. The popular “Four Plus Two Equals” was up along the Gardiner Expressway and Toronto’s Billy Bishop Airport, while the dice images filled the Eaton Centre. 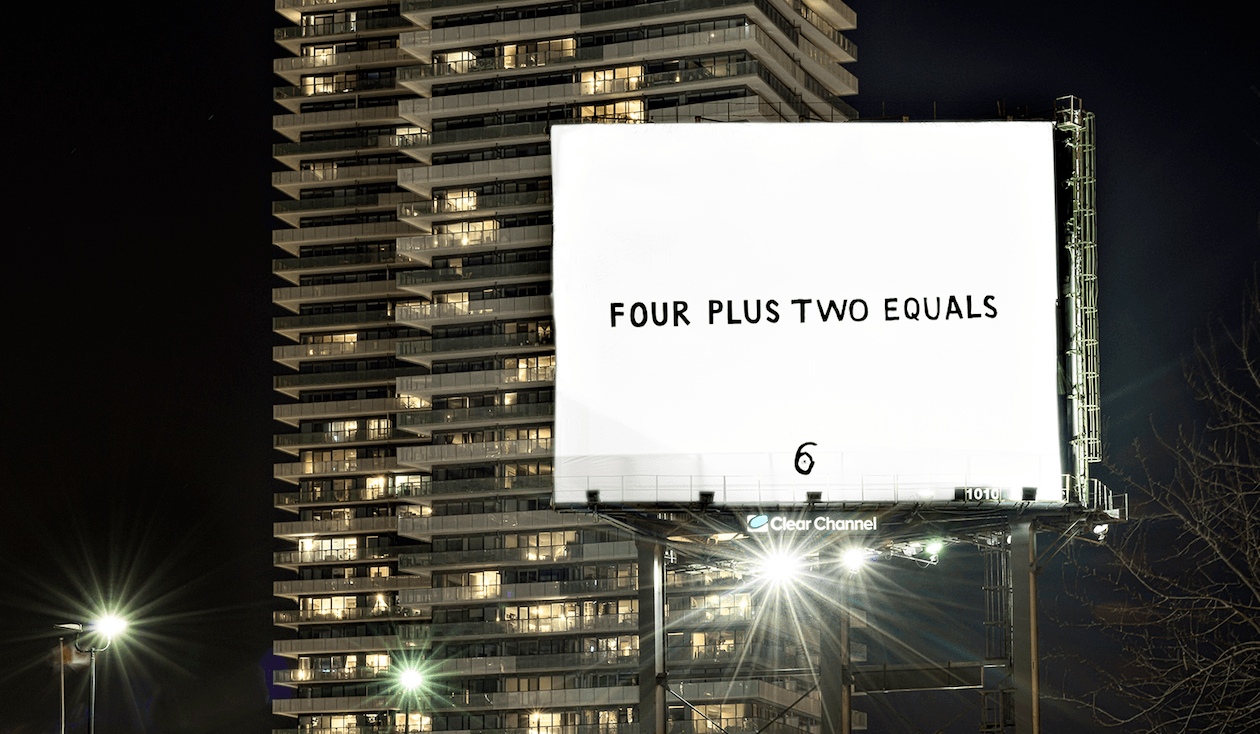 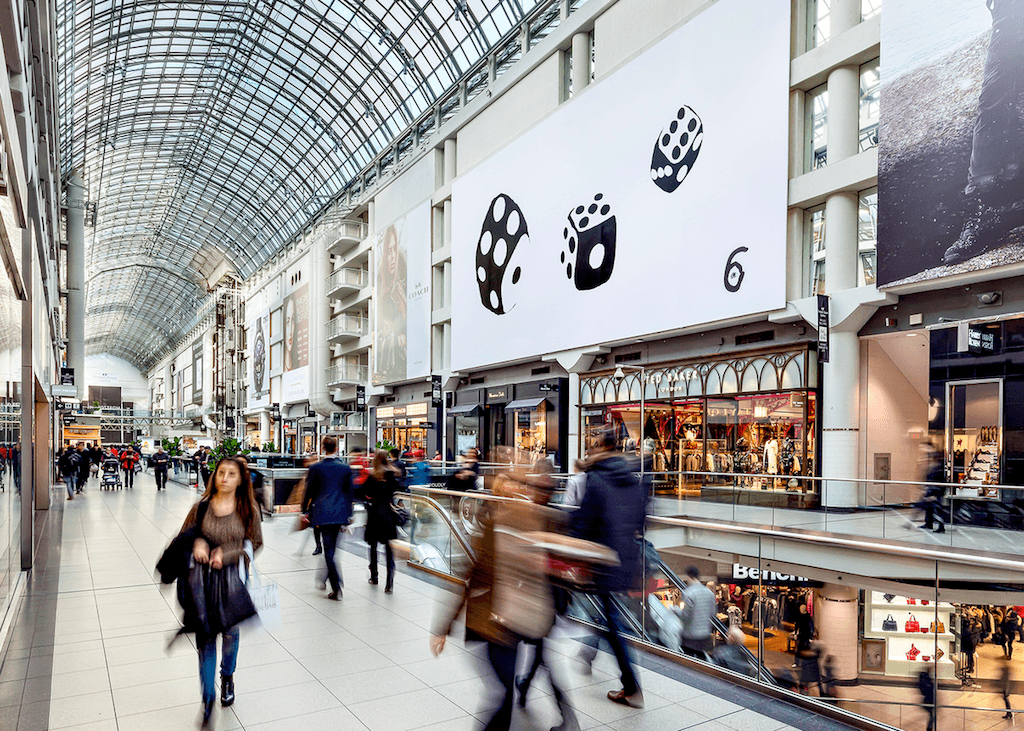 The Views billboards were reported to have earned 127.2 million media impressions between February 8 to 15.

And of course, the album we were all waiting for finally dropped on April 29 (and yes, we listened to that entire interview with Zane Lowe). But to our delight, that was not the end of the Drake billboard era – in fact, it may have only the beginning.

In August, a Drake x Kanye West’s G.O.O.D Music billboard appeared in Los Angeles, California. It was further confirmation for the rumours that Drizzy and Yeezy were working on a project together. In this case, the billboard was a means to confirm and communicate with fans – and although it originated in LA, the news went viral once again.

Because how else would he shout out Virginia Black Whiskey, or let everyone know we’re awesome up in Canada? Or how would Drake congratulate Rihanna?

And we can’t wait to see what pops up next in the 6ix.

And when he extra…