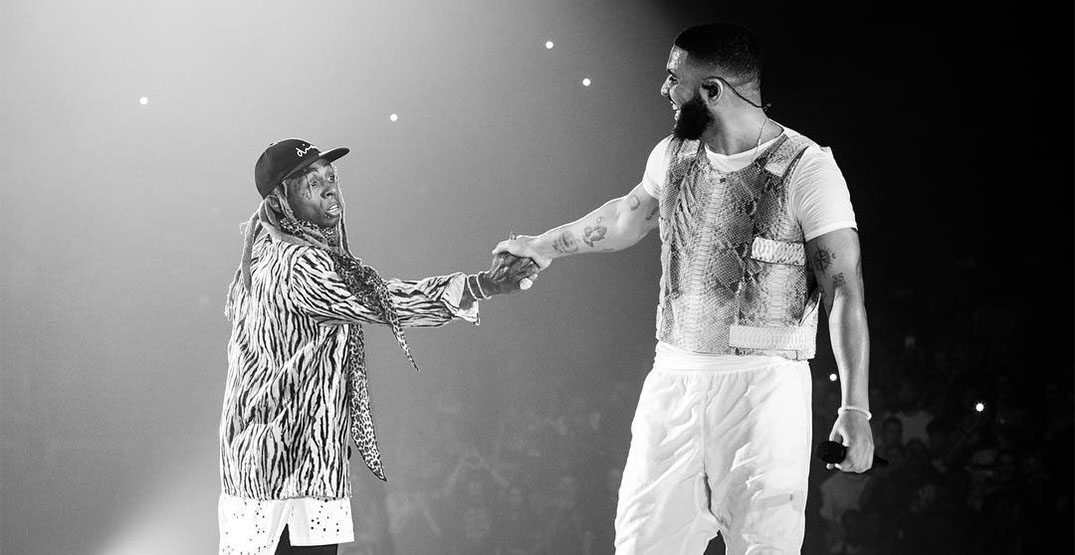 Drake and Lil Wayne on stage together (@champagnepapi/Instagram)

The 6ix God himself has confirmed the dates for the first OVO Fest since the pandemic and says he’s taking the show on a world tour for its 10th anniversary.

Drake’s popular hip-hop festival will return to Budweiser Gardens on the August long weekend, the star announced on Instagram Wednesday. He’s bringing some big-name headliners for the festival’s return, too: Lil Wayne, Nicki Minaj, Chris Brown, and Lil Baby will all perform.

“Of course, we wanted to turn the city up for the summer!!! More event announcements to come,” the rapper wrote.

The October’s Very Own music festival (so named because Drake is an October baby) was supposed to celebrate its 10th anniversary in 2020, but the pandemic threw a wrench in those plans.

The 2022 edition will be the 10th iteration of the festival, and Drake says he’s currently planning to bring the festival around the world in 2023.

Tickets for this summer’s festival in Toronto will go on sale on Friday, July 15.