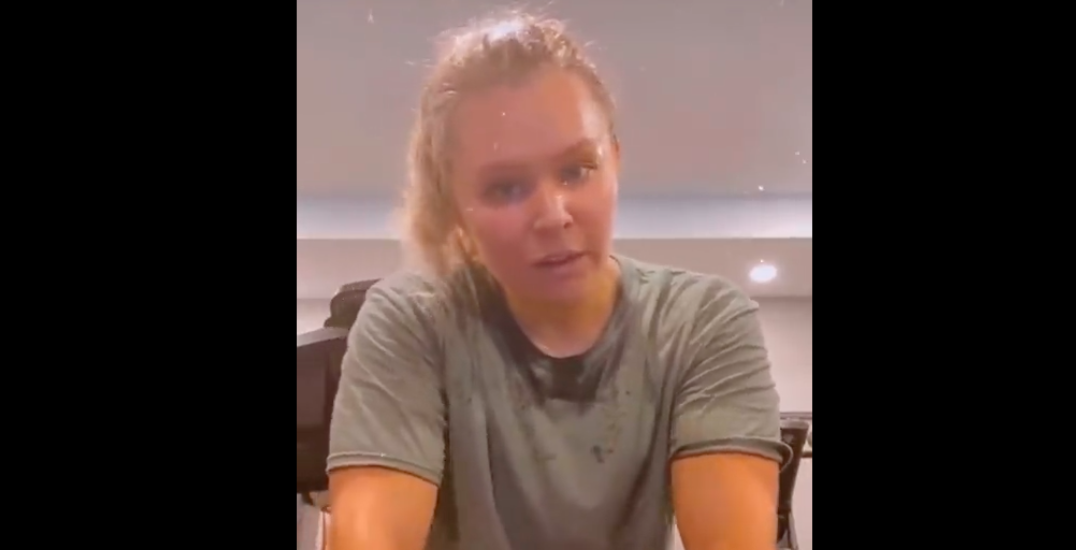 Ontario’s Premier Doug Ford’s eldest daughter has once again taken to Instagram to share her views on vaccine mandates.

This time, Krista Haynes is speaking out because it appears her husband was suspended from the Toronto Police Service due to his vaccination status.

Members of the Toronto Police Service had until November 30 to get vaccinated against COVID-19. If TPS officers didn’t get vaccinated, they would be put on “indefinite unpaid leave.” It appears that Sergeant Dave Haynes is one of those officers.

Krista posted several Instagram stories of her thoughts while sweating it out in what is presumably her home gym. Gyms in the province require proof of vaccination, so she would not be permitted to enter. She told her Instagram followers that her husband was put on leave and that they “knew it was coming.”

Premier @fordnation has previously joked about his family “lobbying” him on matters of public policy, so it’s relevant that his daughter is a purveyor of vaccine disinformation.

“Unfortunately, they made a very silly decision,” she said from her exercise bike.

She repeatedly told her followers that justice would prevail and that “God wins every time.” She also said that she believes that the people “behind all of this will be held accountable,” which would include her father. Premier Ford introduced a vaccine certificate program in the province in September.

Her video comes as the province has nearly 90% of all people aged 12 and up have received at least one dose of COVID-19 vaccine.