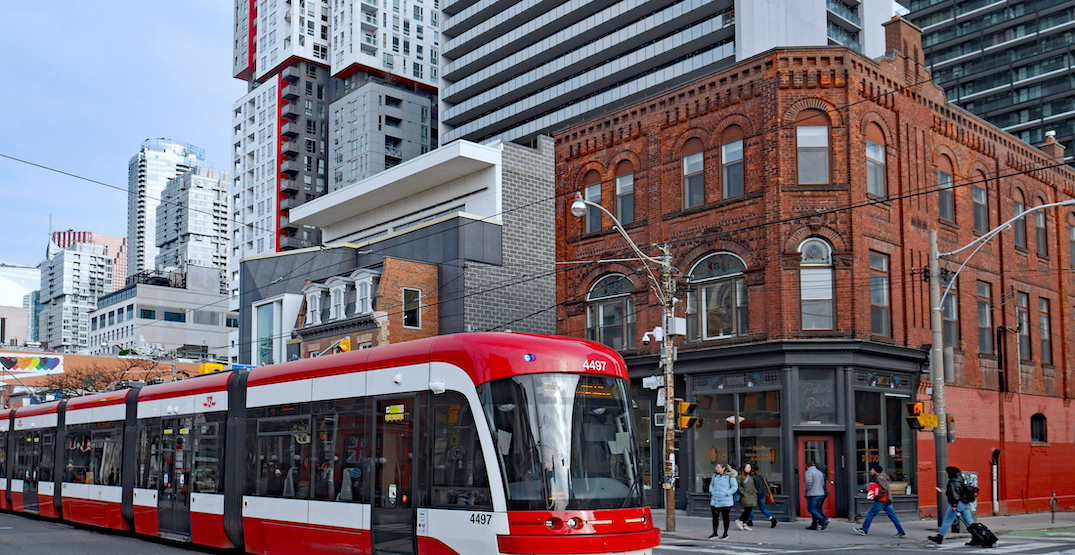 Please Note: As of February 22, a Stay at Home order remains for Toronto. This means you must stay at home and only go out for necessities, including getting food, going to work, and getting exercise. If you go out, maintain the six-feet physical distancing guidelines and wear a mask.

It’s the first week of March and there are a couple of things that you can do across Toronto that are safe and entertaining.

It’s important to remember that although Ontario’s Stay at Home orders have lifted in some regions, in Toronto, only essential trips such as getting food, heading to work, and getting exercise are permitted.

Here’s a list of ideas that might help ease your mind as you head into the first week of March:

Tired of ordering the same thing from Tim Hortons every single time? Us too. Well, thanks to some incredible TikTokers who have shared secret food and drink items, fans of this classic Canadian chain can now try these pro tips for themselves. Whether you’re looking to spice things up a little, or you simply just want to try something new, there’s an option for everything on this list.

When: When you’re feeling adventurous
Where: Tim Horton locations

Get your hands on Toronto’s best smash burgers

You can NEVER go wrong with a deliciously mouthwatering, eye-grabbing, oh-so-cheesy smash burger, and lucky for you, Toronto has the best around. Whatever your take is on these heavenly burgers, there’s no doubt that an extra bit of caramelization and browning on the patty gives a more intense flavour. If done right, a smash burger is as juicy as a burger can get. Stay in, and order it right to your door.

When: Whenever hunger calls
Where: Several locations across the city

Hundreds of Toronto restaurants have recently shuttered due to issues out of their control. But for others, their legacy continues to reign on, some for almost a century. With the pandemic, financial instability, and changes in business models, restaurants in the city have had to quickly come up with ways to make ends meet and also stay afloat. Despite the decades some of these locations hold on others, they have managed to find success all these years.

When: When you’re in the mood to order
Where: Across Toronto

Try the BEST bakery goods at these Toronto bakeries

Sweet treats are never a bad idea, especially during the cold months where you want nothing more than just to stay indoors and have a self-care day. Desserts help with that! Toronto is full of bakeries that are sure to satisfy any sweet tooth and craving.

When: Whenever you hope to satisfy your sweet tooth
Where: Several locations across the city

What started as a fun baking idea turned into possibly one of the most eye-grabbing, mouthwatering local cookie businesses in Toronto. Selling out in mere minutes, Andrea’s Cookies has gained popularity for its soft-baked cookies made with a deliciously creative twist. A box of a dozen starts at $30, for two dozen at $54, and three dozen at $76.50. Pre-orders are set two weeks at a time and restocks are typically on Fridays, according to Andrea.

When: Restocks on Friday’s
Where: Pick up at Long Branch or delivery in Toronto and the GTA.

Starting on March 5, you can experience an immersive outdoor multimedia performance currently set as an experimental dance film. “IAM is a collection of COVID-19 stories told through dance and light over four acts. The first act, IAM: Dance of the Molecules, premieres on March 5 as a digital exhibition on the Aga Khan Museum’s website,” according to Aga Khan.

When: March 5 to April 30
Where: On the Aga Khan website.

During cold winter months and the chillier beginning of Spring, a hot cup of joe goes a long way. Toronto has some of the best coffee shops around. Thankfully, there are so many small businesses and locally-owned shops scattered across the city. Try a few and you might eventually come across your go-to spot.

In honour of the city’s 187th Anniversary, Celebrate Toronto is curating a virtual festival, launching on March 6. “The Virtual event will feature a live show on March 6th, at 7:00 pm with remarks from Mayor Tory, musical performances from Toronto-based artists, a DJ video dance party and highlights of Toronto small businesses,” according to the festival. “Online programming will include the ‘Toronto Made Market,’ featuring 75+ local vendors, contests, games, and the #RemiDanceChallenge, a choreographed dance routine challenge by our Mascot, Remi the Raccoon.”

Can you smell Spring in the air? Starbucks Canada has launched new menu items to celebrate the arrival of the rainy season. Coming on March 2, the coffee brand is introducing two new oat-based drinks, the Iced Brown Sugar Oatmilk Shaken Espresso and the Canadian-exclusive Brown Sugar Oat Americano, in an effort to provide more plant-based beverages. They are also bringing back, as part of its core menu, the Iced Shaken Espresso.

When: As of March 2
Where: Starbucks locations across Canada

The great thing about Toronto is that the city is full of different cultures, which means lots of different foods to try out and enjoy. There are a bunch of Mexican and Latin restaurants that serve a variety of tacos, from fusion menu items to traditional flavours.

When: Whenever you’re in the mood
Where: Across Toronto

What Toronto doesn’t lack is the number of restaurants serving delicious dishes from all over the world. When it comes to Shawarma, the city has some of the best. There are so many ways to enjoy the Middle Eastern dish, whether it be in a wrap, as a platter, or loaded on fries. Chicken or beef, the meat is roasted on a spit and served fresh!

When: Whenever you’re hungry
Where: Across Toronto

In a fundraising initiative in support of the Hockey Hall of Fame’s COVID-19 relief and recovery efforts, the hall has set up its Legends Line Auction which includes items such as autographed exclusives, one-of-a-kind memorabilia and VIP experiences. Bidding closes the evening of March 2.

When: Closing March 2.
Where: Online