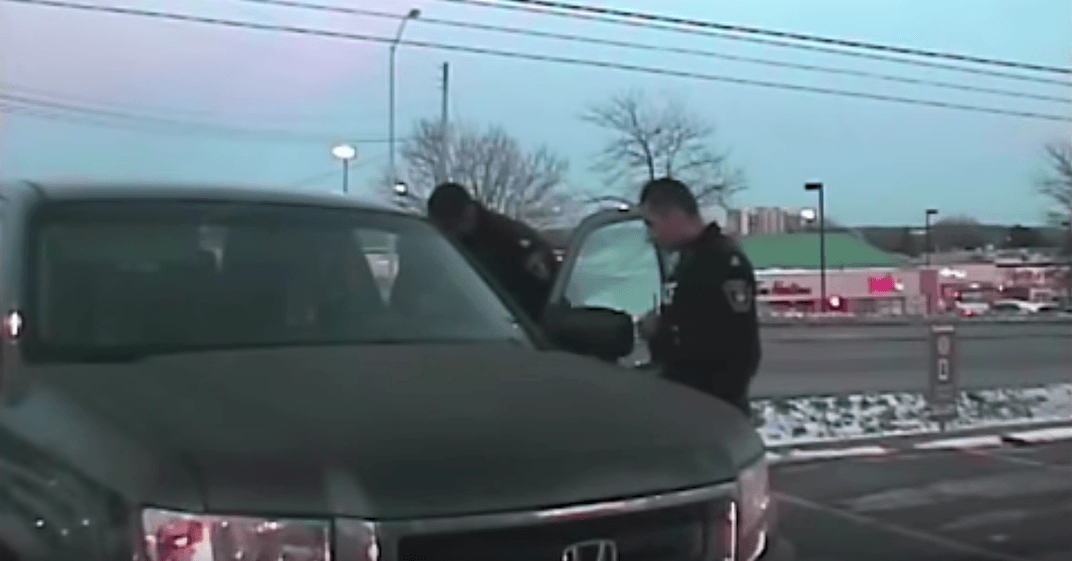 York Regional Police have released a dashcam video that shows the driver of a stolen pickup truck ramming into a police cruiser before fleeing officers in Newmarket earlier this week.

According to police, on Tuesday, February 19 at 6 pm, officers on patrol saw a running vehicle parked with the driver was asleep at the wheel, outside a restaurant in the area of Yonge Street and Dawson Manor Boulevard.

When officers approached the driver to check on his well-being, the driver woke up and spoke with the officers. The driver then put the truck in drive and fled, striking a parked police cruiser in the process.

The vehicle was last seen driving south on Tonge Street at a high speed.

Police say the vehicle was reported stolen on February 8 in Vaughan in what police are describing as a “warm-up theft.”

Police are now seeking the public’s help identifying the suspect and locating the stolen vehicle.

The driver is described as a brown male, 40 to 55-years-old and he was last seen wearing a white T-shirt, black jacket and a red hat.