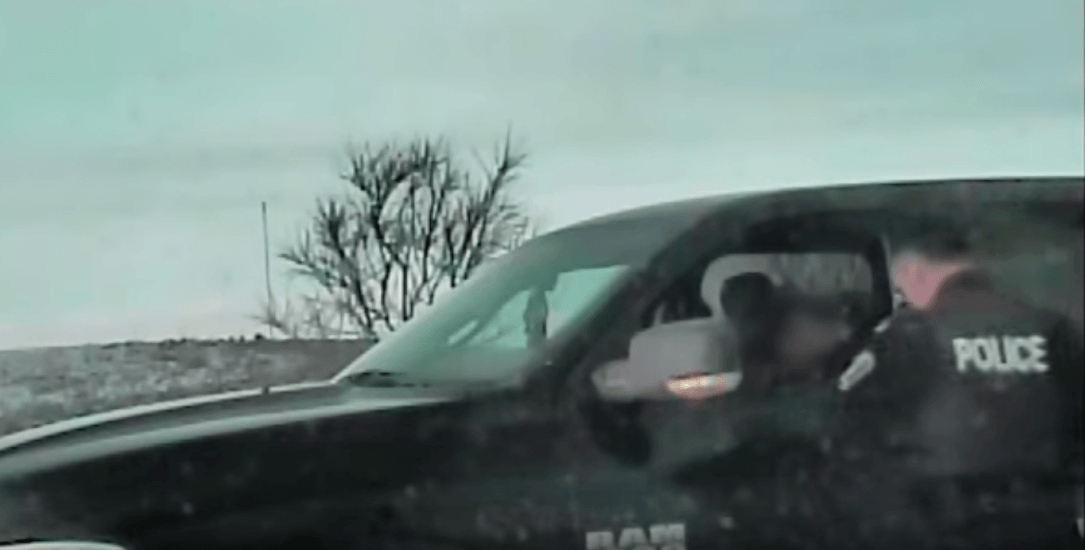 York Regional Police have released a video of a driver charged with impaired driving after passing out drunk behind the wheel.

According to police, on Monday, February 11, just after 5 pm, they were called to Green Lane west of Leslie Street in the Town of East Gwillimbury for a report of a driver asleep at the wheel of his pick-up truck.

When officers arrived they found the vehicle waiting to turn left from Green Lane into a transit station.

Police say officers were able to shut off the vehicle and after numerous attempts were able to wake up the driver who smelled of alcohol.

He was placed under arrest and transported for a breath test, where he blew more than two-and-a-half times the legal limit.

And he wasn’t the only impaired driver in York Region last week.

Police say 29 drivers were charged with impaired driving, adding to the more than 200 impaired-related criminal charges laid already this year.

York Regional Police thanked members of the community for helping us stop and arrest impaired drivers by calling 9-1-1.

“We consider these incidents a life-threatening crime in progress and will continue to respond to these calls,” police say.

THE TROUBLING TREND CONTINUES – 29 impaired drivers were removed from York Region roads last week, including this man who fell asleep at the wheel to a blend of alcohol and sweet beats. Click the link for more info –> https://t.co/OLSvbImvTQ #NotOneMore pic.twitter.com/MoRpzpZWYe