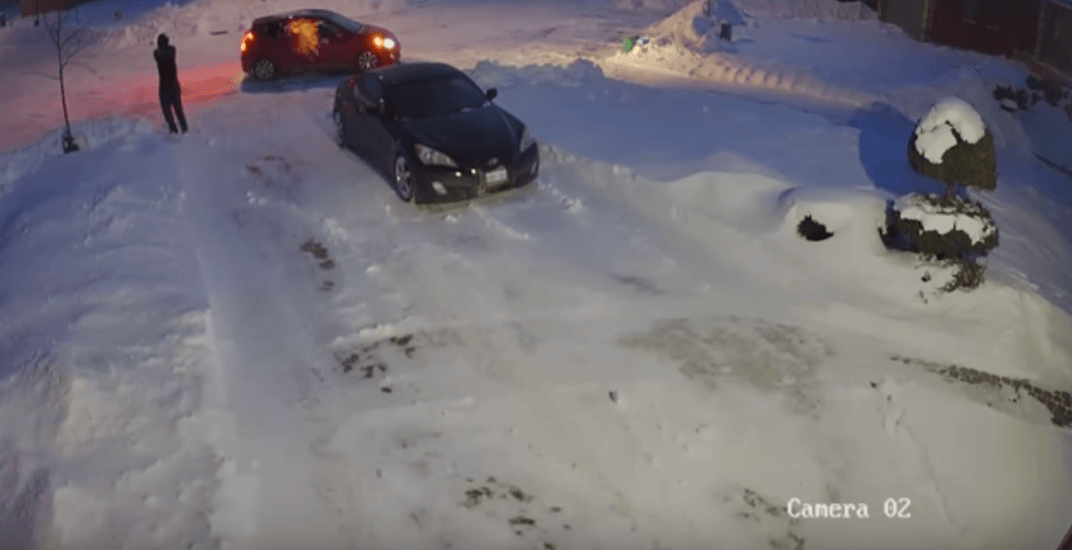 York Regional Police are asking for the public’s help identifying suspects who opened fire at a residential home in Markham.

Police believe it was a targeted attack.

The shooting took place on Thursday, January 31, shortly after 7 am, after a vehicle with at least three men pulled up in front of a residence on Macklin Street, in the area of McCowan Road and Highglen Avenue.

In a surveillance video released by police, you can see one of the men exit the vehicle and begin shooting at the residence. A second suspect then begins firing shots from inside the car, according to authorities.

The vehicle slowly drives away after the shooting ends. Thankfully, no one was injured.

Police are now appealing to anyone with information that could identify the suspects to come forward.

Additionally, they have identified the suspect’s vehicle as a red or orange, compact four-door sedan.