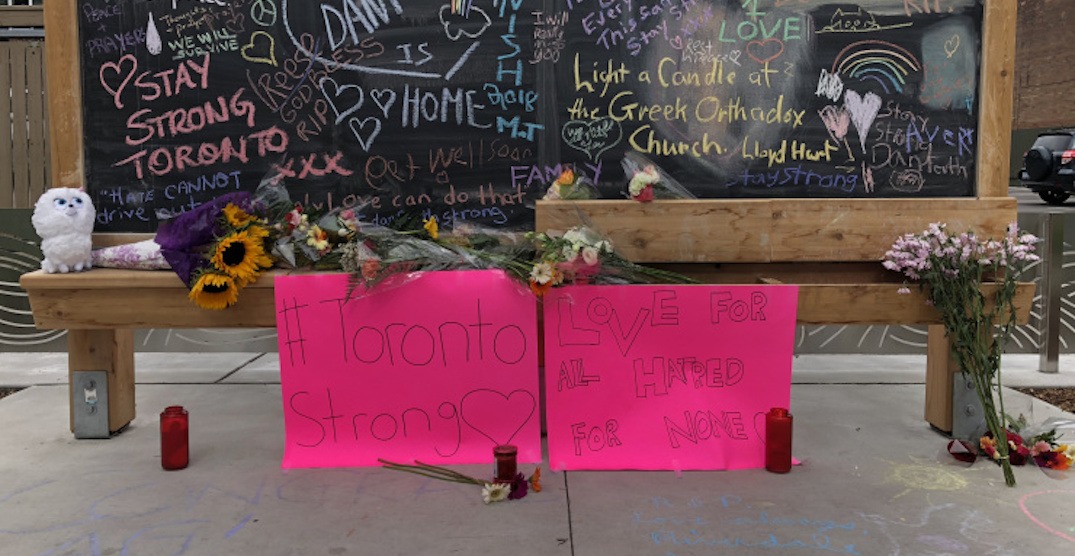 Almost a year ago, a dreadful shooting shocked Toronto’s lively Danforth neighbourhood on July 22, 2018. Just a few days later, thousands gathered as the community came together on Danforth Avenue to host a massive vigil for the victims in support of #DanforthStrong.

In anticipation of the emotional one-year anniversary of the tragedy, the Danforth community is coming together again in support of #DanforthStrong with a community yard sale on Saturday, June 22. Visitors will have the opportunity to look through all sorts of household items available for purchase while supporting a special cause.

Several business and resident associations in the Danforth community will be participating in the sale, all in an effort to raise money in support of #DanforthStrong fundraising initiatives. The funds go towards the Coalition for Gun Control. Anyone also has the option to donate to the cause on the event’s website here.

According to the event’s website, the sale will also provide a platform to strengthen the community with peer support and discussion.

Thirteen people were injured and two people were killed — a 10-year-old girl and an 18-year-old woman — in the violent attack that rocked the area last summer.

The shooter, later found to be 29-year-old Faisal Hussain, was also killed during the incident.

Months later, in February 2019, the victims and families came together to call for a national gun ban, with a petition signed by Major John Tory.

You can find more info about the yard sale on the Facebook event page, and on the website here.

When: Saturday, June 22, from 8 am to 3 pm
Where: Various participants around the Danforth community. Here’s a full map of participants so far: