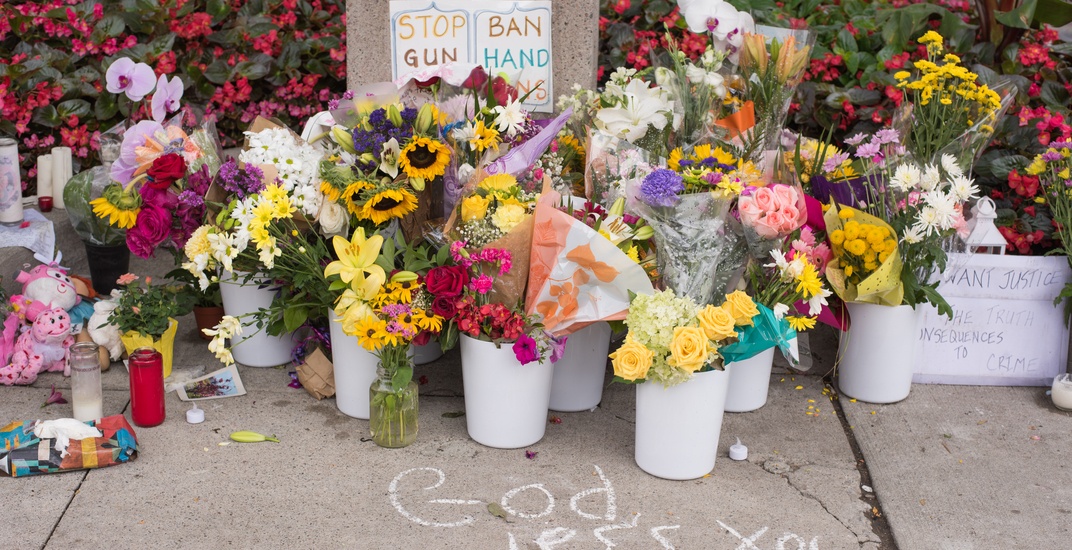 Seven months ago, a tragic mass shooting rocked Toronto’s vibrant Danforth neighbourhood, which claimed the lives of two young women and injured 13 others.

Today, the victims and families affected by the deadly shooting called for a Canada-wide ban on private ownership of handguns and assault rifles.

The group held a press conference at Danforth Music Hall Friday morning and encouraged supporters to sign an online petition calling for the gun ban. Since its inception in November, more than 14,300 people have signed.

Mayor John Tory has been outspoken about his desire for a handgun ban and has urged Prime Minister Justin Trudeau to ban the sale of handguns.

“I understand today’s events will urge our federal leaders to take action when it comes to gun control,” said Tory in a statement. “I know that this issue can be controversial to some people who argue such a ban won’t make a difference, I believe it will make a difference.”

“Any difference together with other measures we can undertake, including cracking down on illegal gun trafficking and strengthening penalties for repeat gun crime offenders, is absolutely worth making. It is something that is worth doing because it will save lives and it will help to reduce gun violence.”

My letter of support to the victims and families of the Danforth shooting who spoke out today in favour of increased gun control including a handgun ban. Sign the petition here: https://t.co/BE3QOYibUo #triggerchange pic.twitter.com/pur0aGcf0x

On Sunday, July 22, 29-year-old Faisal Hussain of Toronto began firing shots at groups of people around 10 pm on Danforth Avenue.

10-year-old Julianna Kozis of Markham and 18-year-old Reese Fallon of Toronto were killed in the shooting.

Hussain was killed during the incident.