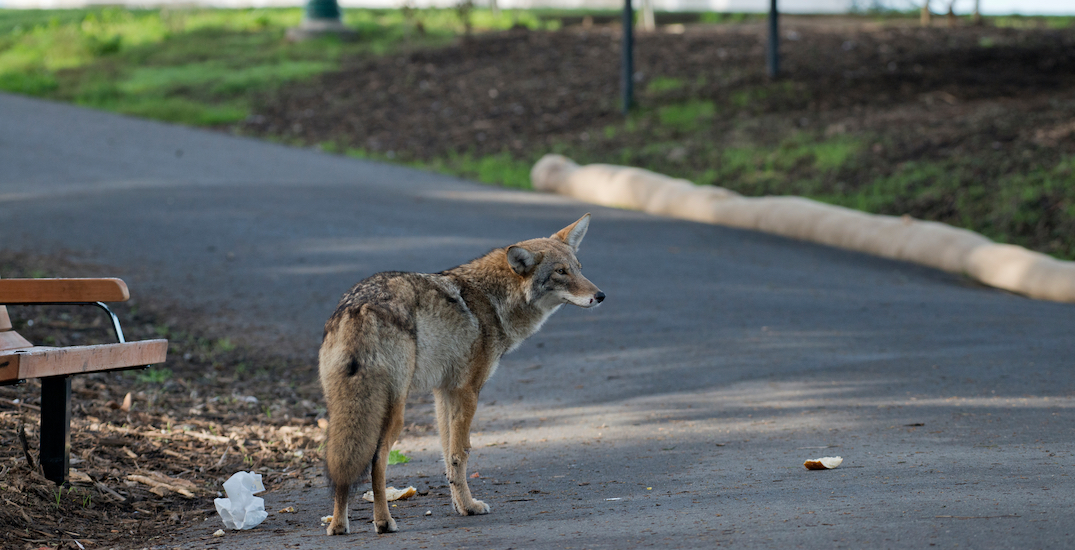 A Toronto neighbourhood is seeing an uptick in coyotes roaming around, and while people aren’t happy about it, Toronto Wildlife says it’s not unusual for this time of year.

Toronto’s Ward 4, or Parkdale-High Park, has called in 201 coyote sightings to Toronto Animal Services between October 1 and November 12. A big increase from the 43 sightings reported between September 1 and 30.

So, is there really a booming coyote population in the area, or is it something else? Toronto Wildlife and Toronto Animal Services say there are a few factors at play.

According to Toronto Wildlife, each year at this time, they receive an uptick in calls about coyotes this time of year, but not from concerned citizens.

“We always, every year, get media enquiries about reports of increased sightings at this time of year,” a spokesperson for Toronto Wildlife told Daily Hive in an email.

Typically, Toronto Wildlife doesn’t receive calls, and they don’t encourage calls about coyote sightings as the organization is there to help sick and injured animals. That said, they did offer some reasons why some people in Toronto see more coyotes than usual.

“At this time of the year, the young are still typically with their parents, but they look like adults. So the ‘packs’ that are reported are actually families,” said the spokesperson.

They added that because plants, bushes, and trees lose their leaves, it makes coyotes more visible than usual. They’ve always been there; there are just fewer leaves to hide among.

Toronto Animal Services agreed that the time of year has a big impact on coyote sightings. A spokesperson for the City said that there’s another factor that could be pushing coyotes out of their usual habitats.

“There may be several reasons for the increase in sightings such as access to a food supply as well as construction on the sanitary main replacement in the area of Etienne Brule and Home Smith Parks that may account for the coyotes being displaced from their normal habitat,” Toronto Animal Services told Daily Hive in an email.

A big draw for coyotes is food, they are scavengers, after all, and Torontonians should be wary about leaving food out where coyotes or other wildlife can access it. Residents in the Parkdale-High Park neighbourhood say that a woman has intentionally been leaving meat out for the coyotes. Signs have been posted around the neighbourhood asking the person feeding them to stop.

Coyotes are typically shy and afraid of humans until they are fed by humans.

“Coyotes, if left alone, are shy, timid animals who are frightened of people and want nothing to do with them,” Toronto Wildlife said. “If humans feed coyotes – intentionally or unintentionally – it alters their behaviour, sometimes dramatically if the feeding is intentional, regular and direct. So the focus needs to be entirely on the behaviour of people, then the coyotes will be a non-issue.”

If you are out and run into a coyote, Toronto Animal Services said residents should avoid turning their back, maintain eye contact, and back away. If you have a pet with you, pick it up off the ground or hold it on a short leash and move to a different area.

Toronto Animal Services says that the following actions will encourage coyotes to be afraid of humans:

If you have questions about coyotes and their behaviour, Coyote Watch Canada has a handy FAQ you can find here.