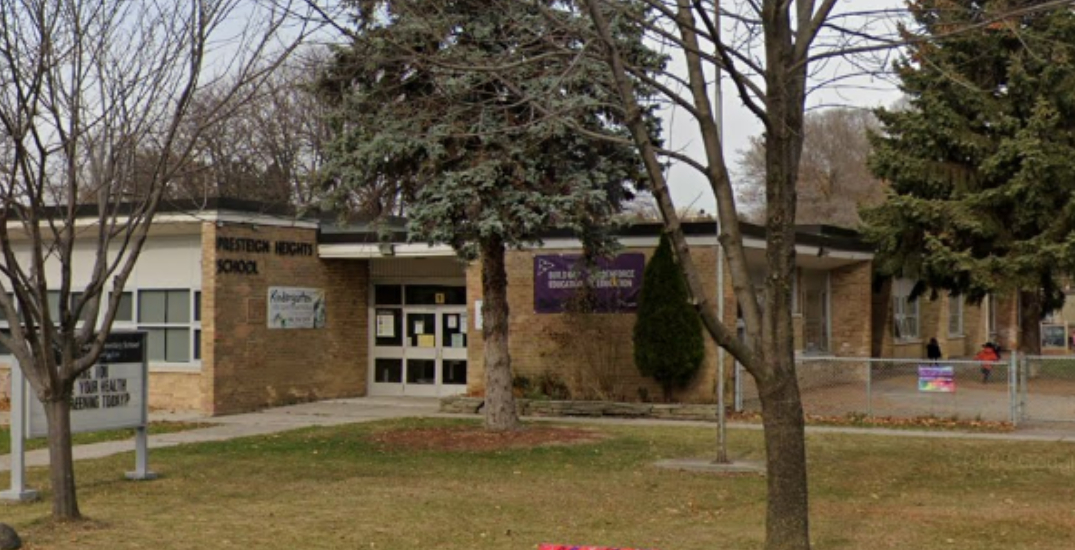 On Thursday, TPH said that anyone who attended the polling stations at Presteign Heights Elementary School and Kingston Road United Church may have been exposed to the virus.

The potential exposure at Presteign Heights, located at 2570 St Clair Avenue East, occurred on September 20 from 9:30 am until all voting and ballot counting concluded that evening.

TPH has followed up with all known high-risk contacts but, as a precaution, anyone who was at the polling station during the listed times should monitor for symptoms for 10 days.

If COVID-19 symptoms develop, people should get tested and self-isolate.

The potential exposures at Kingston Road United Church, located at 975 Kingston Road, occurred between 8 am and 9:30 pm on September 11 and 12—advance polling days.

Although the exposure occurred more than 10 days ago, TPH said it was publicly naming the church in order to be “transparent” and ensure residents are notified.

Although the risk to the public “remains low,” TPH is advising anyone who attended either polling station to monitor themselves for symptoms and seek testing if they develop.

“This applies to the public and staff, including those who are fully vaccinated,” TPH said.

The health unit noted that there is no known risk to anyone who was at the school or the church outside of the listed dates and times.