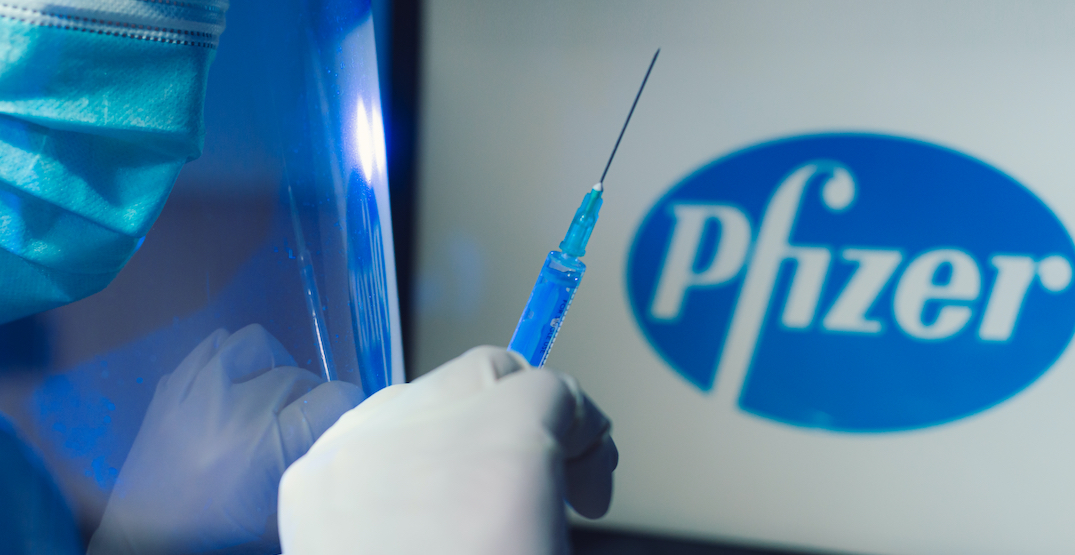 Health officials in Ontario now recommend 18 to 24-year-olds be given Pfizer’s COVID-19 vaccine instead of Moderna.

Both vaccines are considered safe and effective, but provincial health experts have noticed a slightly higher incidence of myocarditis and pericarditis following immunization with Moderna.

The conditions are rare but serious instances of swelling affecting the heart, and are more common in young adults — particularly young men.

The risk of developing myocarditis or pericarditis after a second dose of Moderna for young men in this age group is estimated to be approximately one in 5,000.

By comparison, the risk with a second dose of Pfizer is about one in 28,000.

That calculation was made after 96,000 doses of mRNA vaccines were administered to young men in Ontario between June 1 and August 7.

“The majority of reported cases have been mild with individuals recovering quickly, normally with anti-inflammatory medication,” the Government of Ontario said in a technical briefing slide deck.

No deaths due to myocarditis or pericarditis have been reported in Ontario.  Signs of the conditions include chest pain, shortness of breath, irregular heartbeat or palpitations, and fatigue.

“Symptoms have typically been reported to start within one week after vaccination, more commonly after the second dose.”

Officials say people who have made it more than three weeks after vaccination with no symptoms should feel confident they’re not likely to develop myocarditis or pericarditis after.

Ontario’s health experts emphasized that getting vaccinated is still the right choice because falling ill with COVID-19 poses many more severe health risks.

Individuals age 18 to 24 who have received a first dose of Moderna and are waiting to take their second dose should are recommended to choose Pfizer instead, officials say. Individuals in that age bracket who wish to receive a second dose of Moderna can do so as long as they’re informed of the risk of myocarditis and pericarditis, they added.

During the initial rush to get vaccinated earlier this year, the Ontario government encouraged people to take whatever vaccine was offered to them and mixed and matched Pfizer and Moderna since they are so similar.

Now the province says more than 2.7 million Pfizer vaccines are available in Ontario, meaning there is plenty of supply on hand to make a preferential recommendation.

The data on myocarditis and pericarditis instances comes from Ontario’s adverse events following immunization surveillance system, and the recommendation was made by the Ontario Children’s COVID-19 Vaccine Table, the Ontario Vaccine Clinical Advisory Group, and Public Health Ontario.

It’s not fully understood why myocarditis and pericarditis are more common in young men. But health officials say young men are also more at risk than the general population to develop these heart conditions following other causes such as viral infections.