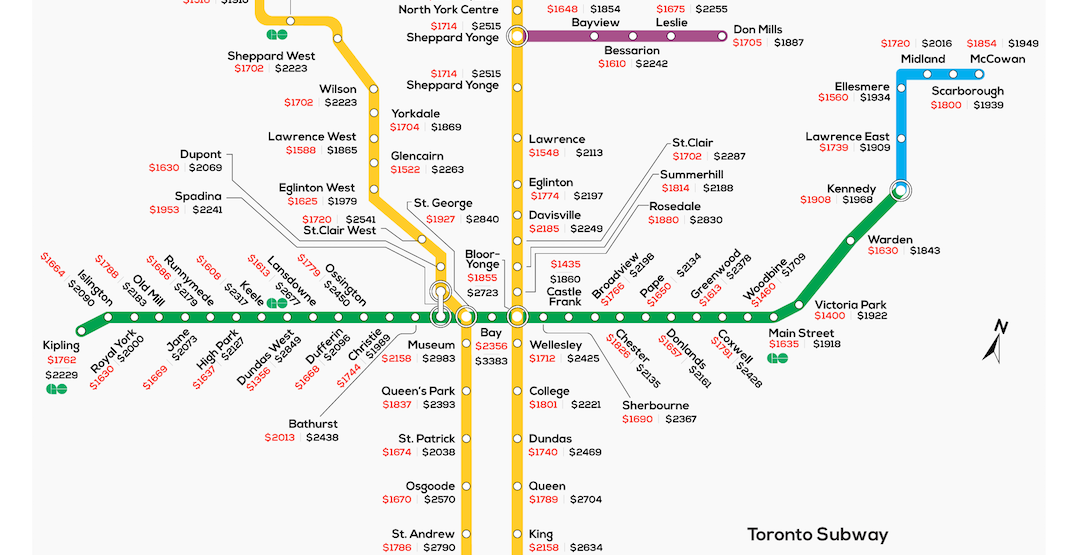 Being able to step outside of your apartment and hop on the subway is a luxury that not every city dweller has. But thanks to a new analysis of rent prices near each of the city’s subway stations, renters can now see which Toronto stops are the cheapest to live near.

From the Montreal-based moving resource platform MovingWaldo, the analysis calculated the average costs of one- and two-bedroom rentals near every city subway and compiled the information into a helpful infographic.

Perhaps unsurprising to most Torontonians, Bay is the most expensive station to live near. Sat in the affluent neighbourhood of Yorkville, one-bedroom rentals here cost an average of $2,356. Two-bedroom units have even more jaw-dropping prices, costing an average of $3,383.

Units near the neighbouring Museum station also come with hefty price tags. One-bedrooms near the station average $2,158, and two-bedrooms come in at $2,983. 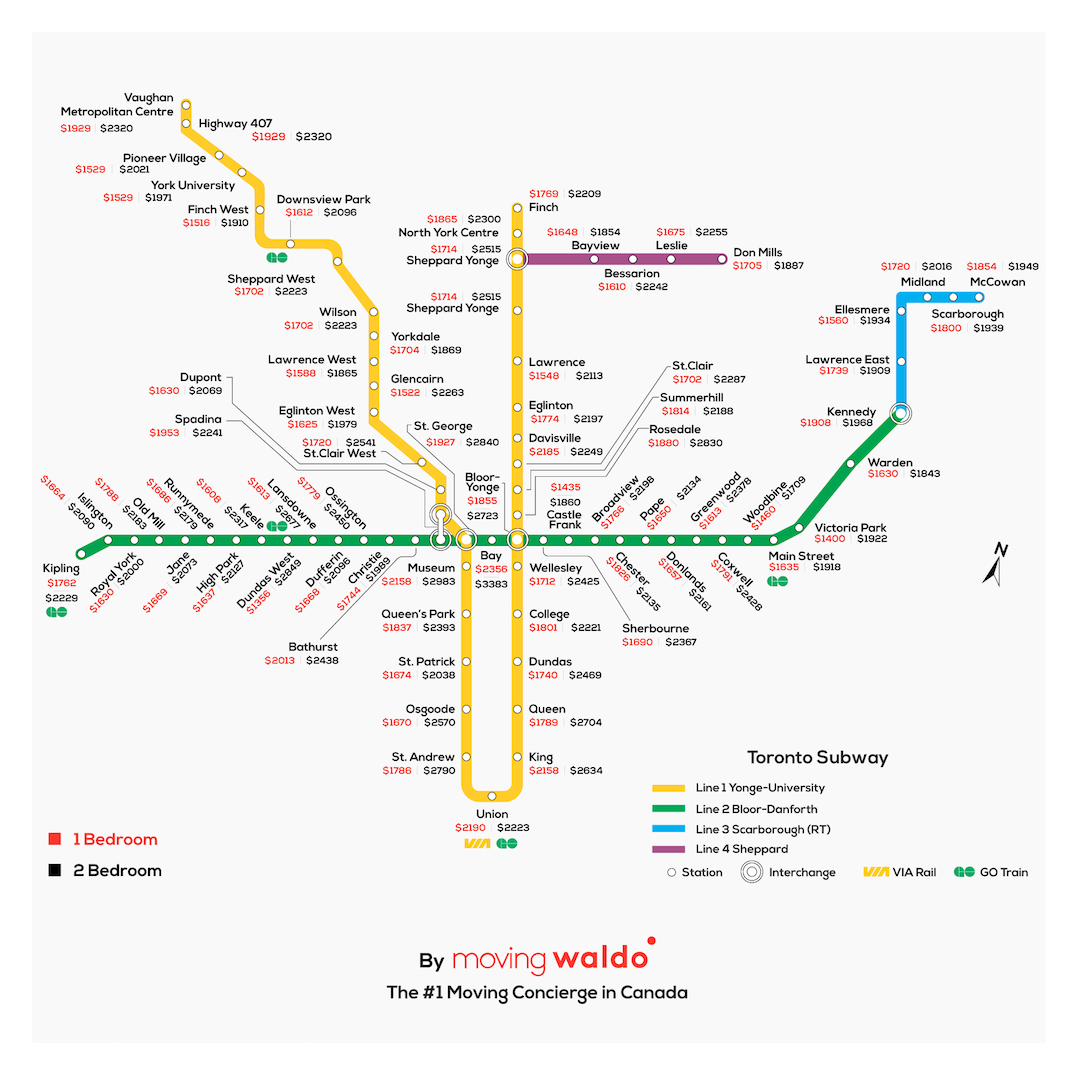 Renters looking for something more affordable but still near a subway station should check out the Dundas West area. There, one-bedrooms cost $1,356 on average — the cheapest of all the subway stations.

So if trying to rent a (somewhat) more affordable apartment near a Toronto subway station seemed like an impossible feat, it turns out it’s all about knowing where to look.