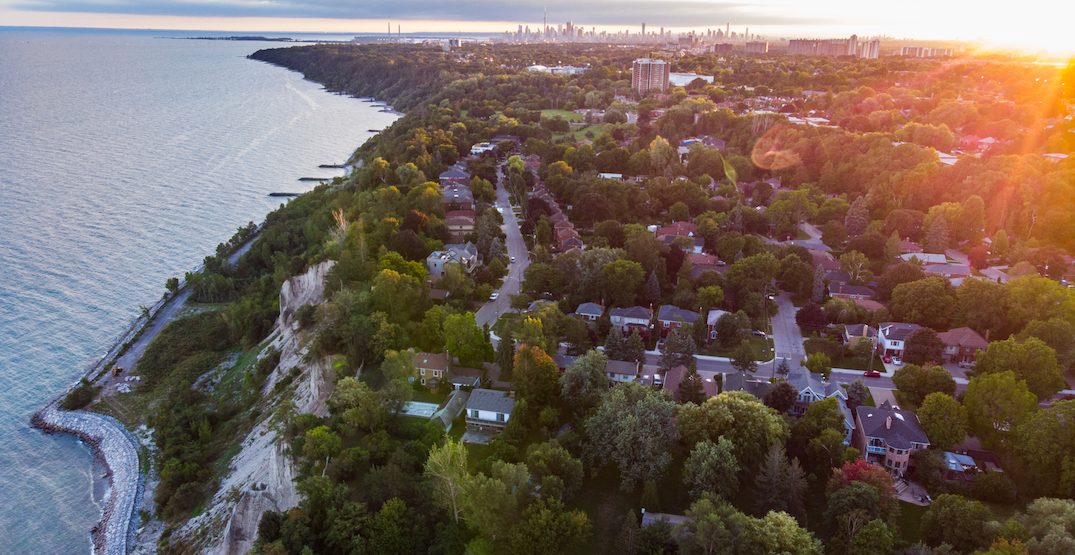 Home prices have skyrocketed all over Toronto since the start of the pandemic, but according to a new report, it’s Scarborough that’s leading the pack in increased home values.

The report, from real estate technology company Properly, found that the value of homes in Scarborough has increased a whopping 25% since the onset of the pandemic. Pre-pandemic, the average sold price in the area was $710,000, and according to Properly, the average home now has an estimated value of $915,008.

The neighbourhood of Scarborough Village, in particular, saw a staggering 31% increase in estimated home prices.

York followed closely behind with a 21% increase, bringing the home values there up to $992,324. Meanwhile, Etobicoke’s homes went up 19% to $773,743. York’s Keelesdale-Eglinton neighbourhood had the most growth, with values going up by 28%, and in Etobicoke, Mount Olive-Silverstone-Jamestown saw a shocking 34% increase. 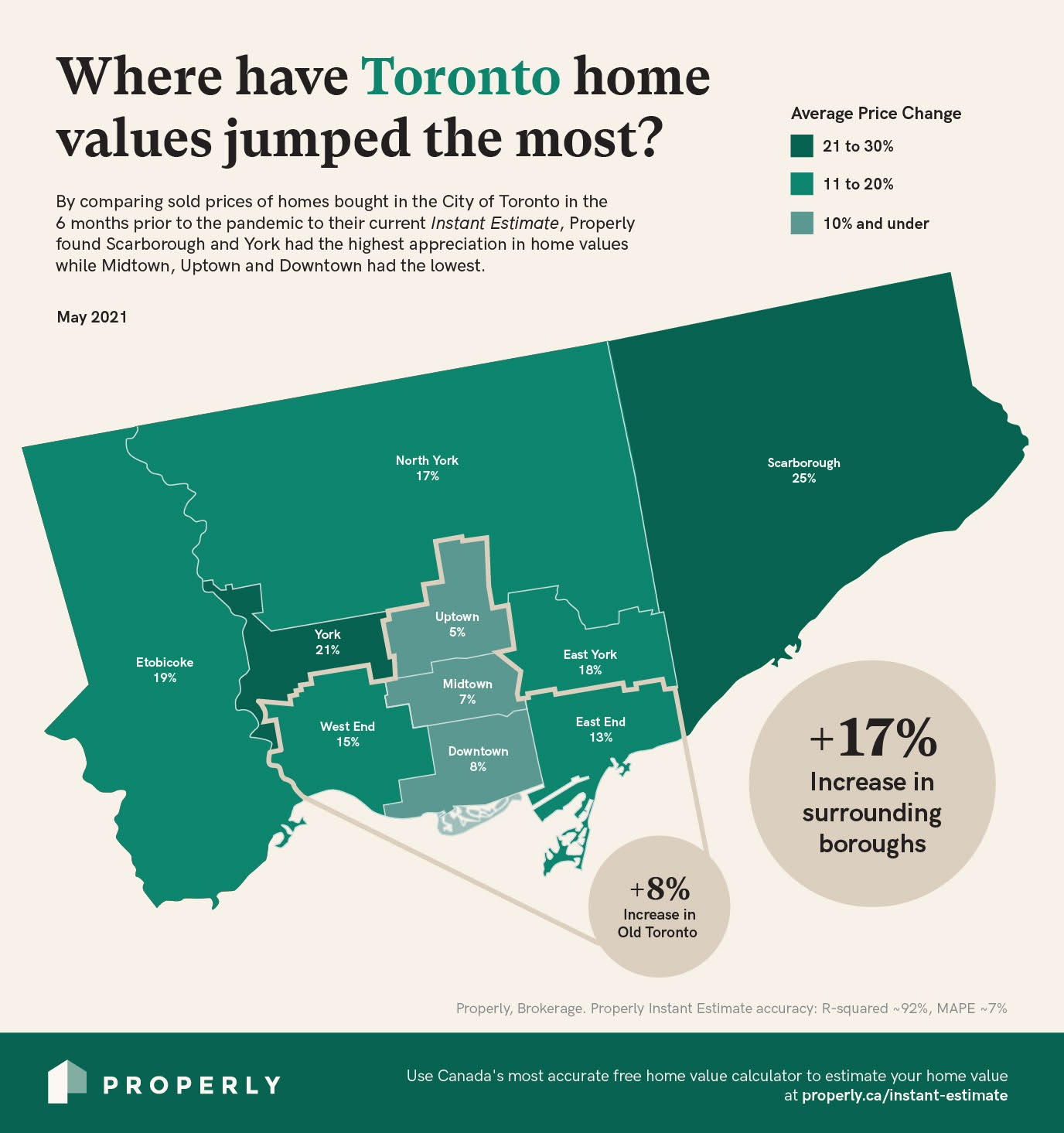 In Old Toronto, the increases were much smaller, with Midtown prices rising just 7%, and Downtown going up by 8%.

“What’s happening is actually the reverse of what we usually assume: that people want to be close to downtown,” said Anshul Ruparell, co-founder and CEO of Properly. “Old Toronto is seeing the overall lowest appreciation within the City of Toronto. It remains to be seen whether this shift away from the core will continue.”

These findings don’t come as too much of a surprise considering the explosion that suburban real estate markets have seen over the past year as homebuyers, who are working from home and no longer have to commute, look for properties with more space, further away from the downtown core. 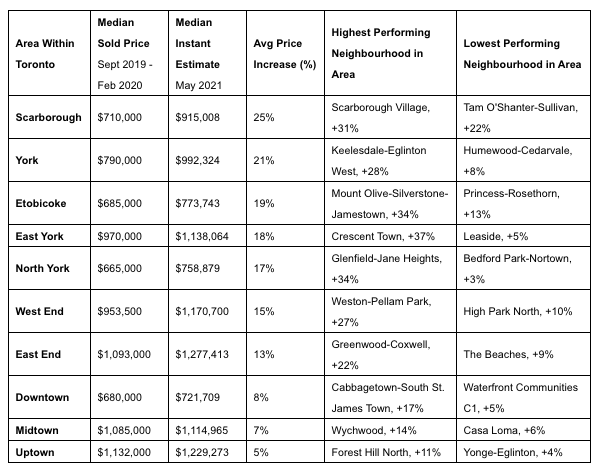 To calculate these increases, Properly took the price of homes that sold six months before the pandemic, from September 2019 to February 2020, and compared the sale prices to each of those properties’ current estimated value.

According to Properly, their Instant Estimate feature uses AI technology that factors in historical sold data, proximity to services, property details, and other economic factors.