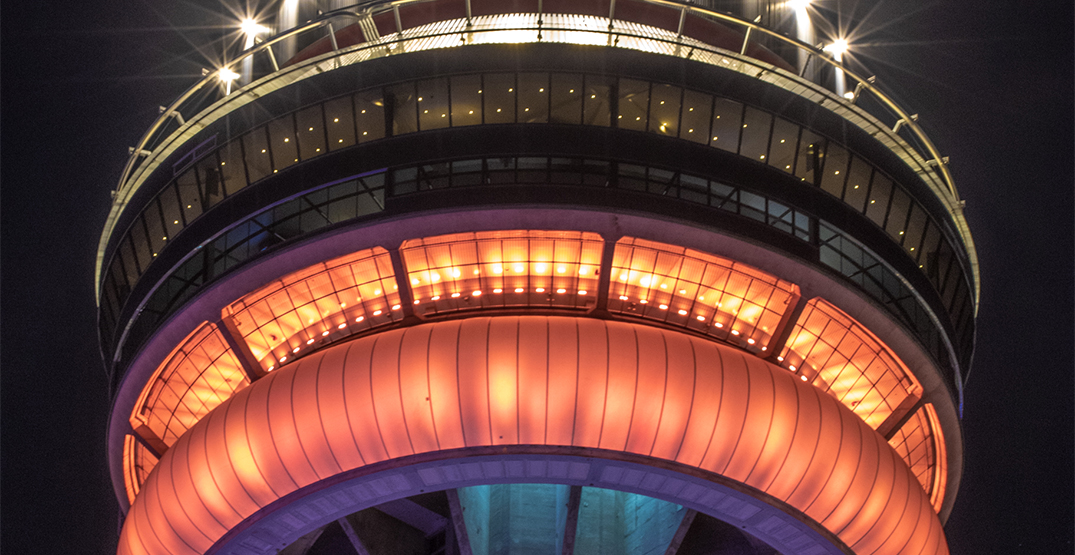 The CN Tower will light up orange this Canada Day as a mark of solidarity with Indigenous communities after hundreds of bodies were found buried at former residential schools.

A CN Tower spokesperson confirmed to Daily Hive that the rings of the tower will light up orange on July 1. The tower also turned on its orange lights on June 3 after the remains of 215 children were discovered at a former residential school in Kamloops.

The light show marks a departure from the tower’s typical red and white display for Canada Day, and is meant to support residential school survivors, their families, and Indigenous communities across Canada.

On July 1, the #CNTower will be lit orange in solidarity with and in support of Indigenous communities across Canada https://t.co/98PPSyznsH

Niagara Falls will also be illuminated in orange on June 25 from 10:15 to 11:15 pm in memory of the 751 bodies found buried in unmarked graves at a former residential school in Saskatchewan.

The falls also lit up orange on May 30 after the Kamloops discovery. 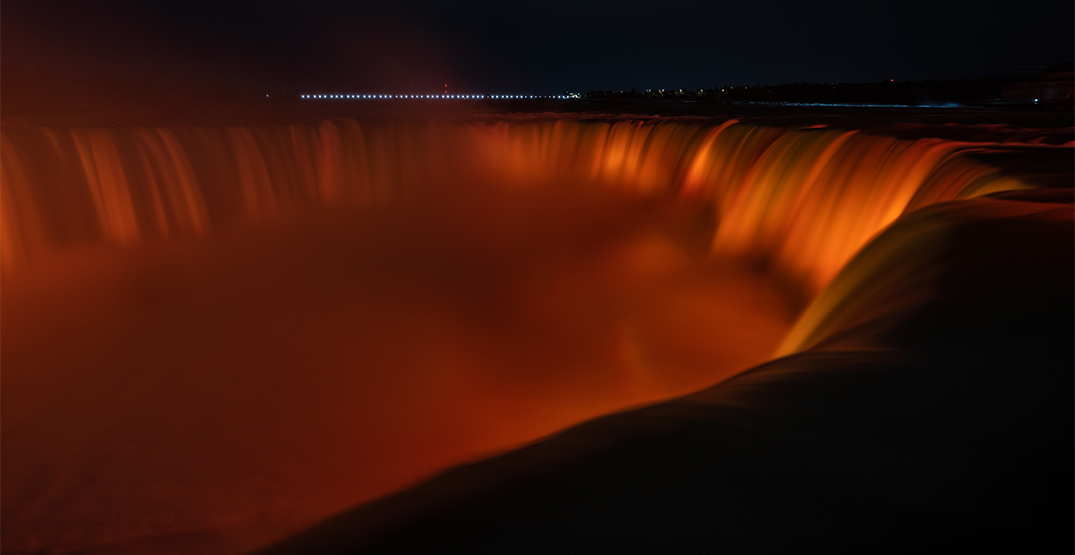 “With the possibility that more of these tragic discoveries may occur in the weeks and months ahead, the Niagara Falls Illumination Board is exploring options to best recognize and honour the victims moving forward,” Chris Giles, acting manager of communications with the Niagara Parks Commission, said in a news release.

The orange lights will be visible on both the Canadian and American sides of the falls.

The Toronto sign at Nathan Phillips Square also changes colours to mark certain events, but the City of Toronto has no plans yet to illuminate the sign in orange.