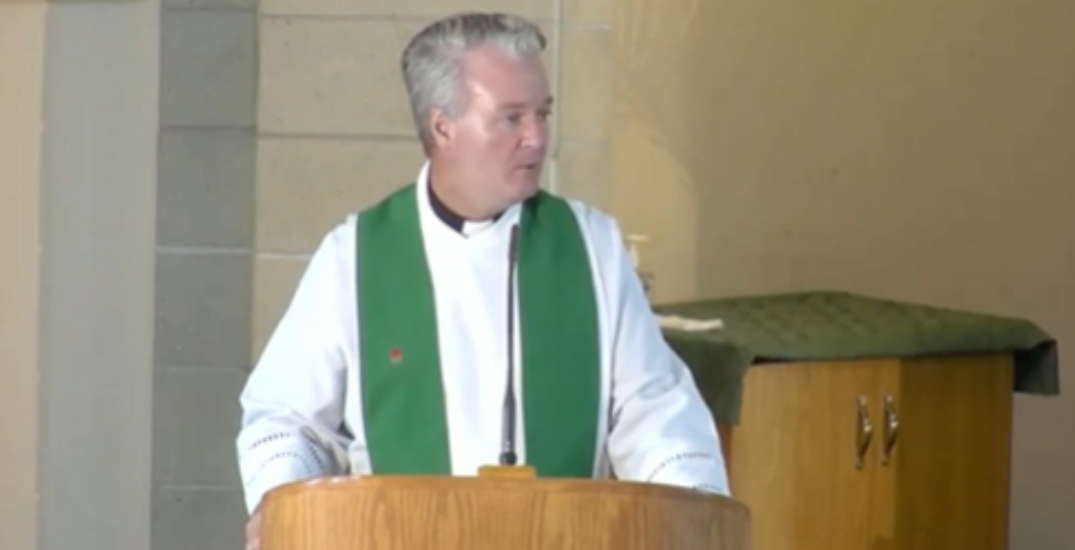 An Ontario priest has issued an apology after giving a sermon referencing the “good done” by the Catholic Church in Canada’s residential schools.

During a June 20 sermon at Mississauga’s Merciful Redeemer Parish, Priest Owen Keenan suggested that some residential school survivors would thank the Church for its actions.

“Two thirds of the country blames the church – the church which we love, to which we belong, for which we make great efforts – for the tragedies that occurred there,” he said.

Keenan also noted that people should wait to see “who” was buried in the schools’ mass graves, as well as “why and when,” before “rendering ultimate judgement.”

The church uploads its daily sermons to its YouTube channel, but footage of last Sunday’s mass has been deleted. Clips of Keenan’s comments are circulating on social media, though.

Following the public outcry, the priest has apologized for “any hurt” caused by his comments and pledged to do better.

“I in no way condone the Residential School System,” Keenan’s June 23 note reads.

“I regret deeply that these places existed, and I lament the harm that was caused. If and when I get a chance to meet survivors, I will seek their forgiveness.”

Mississauga Mayor Bonnie Crombie, a practicing Catholic, issued a statement on social media, noting that she is “deeply disappointed” in the sermon.

Crombie called Keenan’s words “deeply insensitive to Indigenous Canadians” at a particularly difficult time for communities across the country.

“His comments show a fundamental misunderstanding of one of the core tragedies of the residential school system in Canada: that children were forcibly separated from their parents,” Crombie wrote.

“The Government of Canada and many churches, including the Catholic Church, operated Canada’s residential schools for close to 150 years. Residential schools were instruments of cultural genocide used against Indigenous peoples.”

I was deeply disappointed to learn about some of the comments Monsignor Owen Keenan made during recent homilies at the Merciful Redeemer Parish in Mississauga.

My full statement below. pic.twitter.com/ZLLPAbALGW

Last month, the remains of 215 children — some as young as three years old — were discovered on the grounds of the Kamloops Indian Residential School in BC.

On June 24, 751 unmarked graves were found at the Marieval Residential School in Saskatchewan.

“History is taught a certain way by those in power and often obscures the real truth behind what really happened,” Crombie wrote.