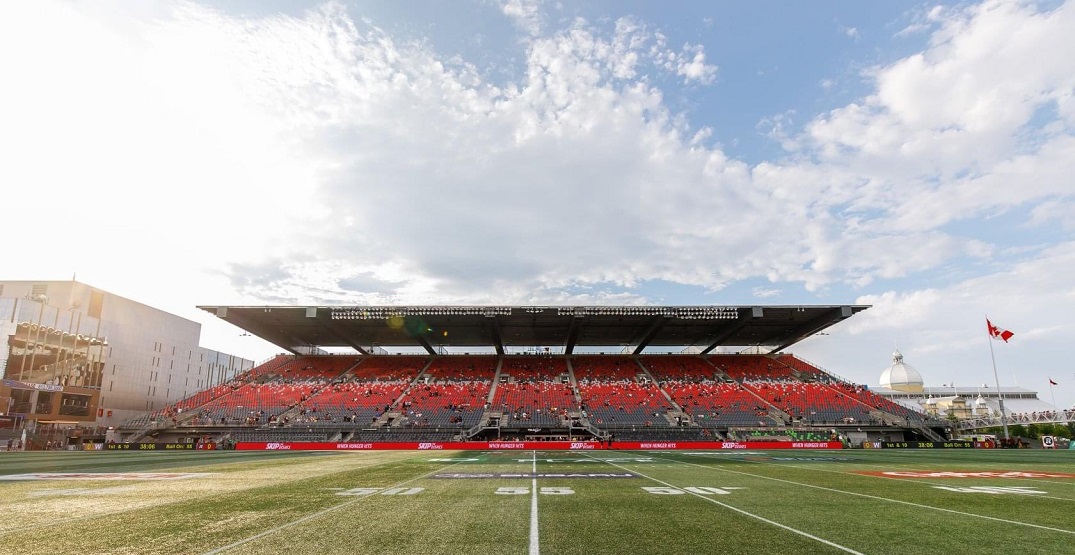 The Ottawa Redblacks have suspended defensive lineman Chris Larsen due to his alleged involvement in an anti-gay attack on the Toronto Island.

The 24-year-old victim, David Gomez, was walking back to the ferry docks from Hanlan’s Point with a friend on June 5 when he encountered a group of three people, one of whom is alleged to be Larsen.

The group allegedly targeted Gomez with homophobic slurs, and the incident escalated to Gomez being violently beaten. The attack left Gomez unconscious, and a GoFundMe organized by friends is covering his out-of-pocket expenses. At the time of publication, the fundraiser had raised $39,520.

“It’s maddening to think that during PRIDE MONTH, we still have to watch our backs in areas like Hanlan’s that have served as an enclave and safe haven for the queer community for as long as some of us can remember,” fundraiser organizer Cianan Liburd wrote.

The Redblacks announced the suspension in a statement on Wednesday from Mark Goudie, CEO of the Redblacks’ parent company, Ottawa Sports and Entertainment Group.

The Ottawa REDBLACKS announced today that they have suspended defensive lineman Chris Larsen.

“Late last night, we were made aware of social media allegations of an assault by a group of individuals that included Chris Larsen and immediately commenced an investigation which is ongoing. Today we were advised that an investigation by the Toronto police is underway,” Goudie said.

“We recognize there are larger systemic issues that plague our society, and as an organization, we know that we can play a role in making our community a more tolerant, respectful, educated and inclusive place. We are particularly sorry for the trauma caused to the 2SLGBSTQ+ community,” he added.

But the statement, which was also posted to the team’s Instagram page, drew criticism for various reasons, including not explaining why Larsen was suspended rather than released, as well as not being transparent about the ways the team helps promote diversity and inclusion in the community.

“Take the pride flag off your logo until you fire him. It’s an empty gesture,” one comment said.

“Like is this the first draft of the statement? Cuz I’m sorry diva this ain’t it,” read another.