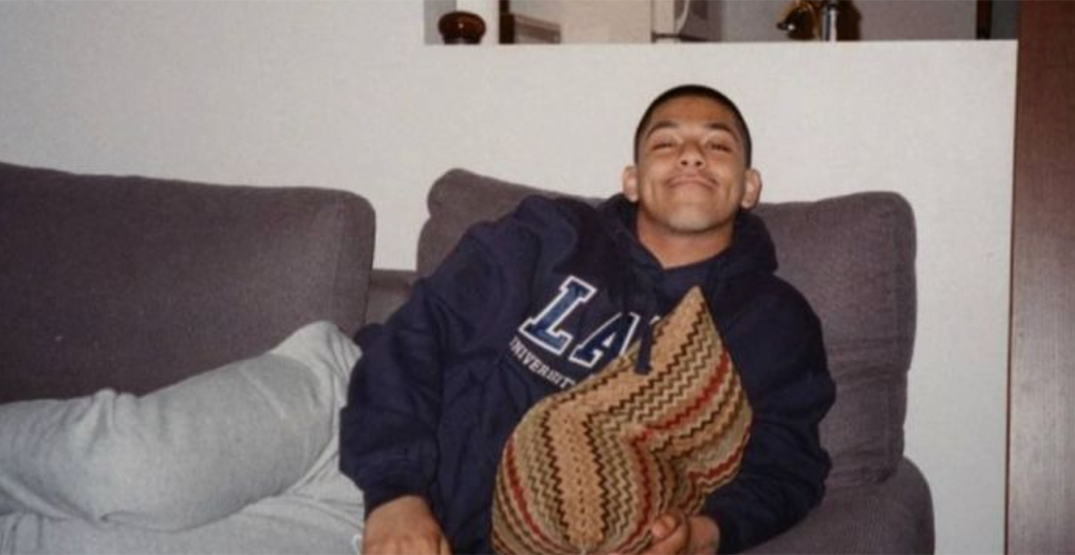 Friends of a young Toronto man say he was severely beaten in a homophobic attack near Hanlan’s Point on the weekend.

David Gomez, 24, enjoyed a sunny day on Toronto Island with friends on June 5. But when he left the beach around 11:15 pm, he encountered a group of people who made homophobic remarks toward him.

Gomez was punched and kicked in a beating that left him unconscious. He woke up with a broken nose, broken cheekbone, shattered orbital bone, a damaged hip, and a concussion, according to a GoFundMe page raising money to cover his expenses.

Boland spent the day with Gomez and other friends, but left the beach earlier than Gomez did.

“I grew up on Toronto Island. This happened in my home and in my neighbourhood,” he said. “It easily could have been any one of us.”

Toronto police say Gomez was with a female friend during the walk to the ferry docks when they encountered the other group of people. They’re investigating the incident as a hate crime, and are seeking three suspects:

Gomez’s friends allege one of the perpetrators was a football player with Ottawa’s CFL team, the Redblacks. The team confirmed on Twitter that it is investigating assault allegations against one of its players.

Statement from the Ottawa REDBLACKS pic.twitter.com/G4qHug3Tyz

Boland wants to see the player removed from the team and disciplined quickly.

“The fact the team has a Pride logo on Instagram and social media pages is absurd and insulting to the community,” he said.

Boland does not want to see an increased police presence on Hanlan’s Point as a result of this incident, because many LGBTQ+ people, including himself, have had little success when reporting assaults to police.

But he’d like to see straight Torontonians choose other beaches for the remainder of Pride month to allow the queer community to feel safe at Hanlan’s Point.

“It’s summer and the village is closed. A lot more queer people are travelling down to Hanlan’s — it’s one of [the] only safe spaces … You can feel safe at any other beach,” he said, referring to straight people.

Others have also asked that people who don’t support the queer community stay away from Hanlan’s Point.

Also straight people don’t go to Hanlans Beach. It’s a safe space for our community and if you’re not an ally. You don’t belong there.

My queer friend was beaten unconscious yesterday on his way home from the beach in Toronto. They followed him shouting homophobic slurs and when they caught him they spoke hate with their fists and feet. It shouldn’t be like this. Pride is a protest for a reason. #pride

The fundraiser for Gomez is raising money to cover out-of-pocket medical expenses such as pain medication, dental fees for a chipped tooth, and therapy. He also had to miss school exams because of the attack, and may need to pay further school fees to re-take them. So far, $28,000 has come in, much more than the original $3,000 goal.

Boland said Gomez is now fine for money, and asked those who wish to support him to consider donating to other Pride-related fundraisers.

“David is an absolutely wonderful person. He’s a fantastic dancer. He’s kind. He’s a Leo and he loves to tell people about that,” Boland said. “He’s been very humble through all this. He’s just been so grateful when he has every right to be angry.”