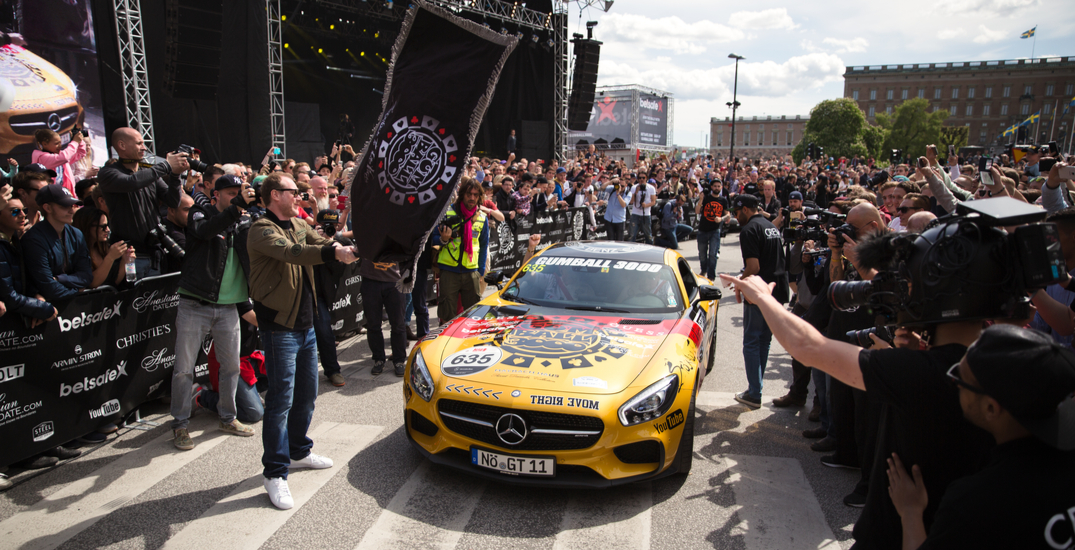 Toronto will be the starting grounds for a celebrity fundraiser car rally next month, and it will bring more than 100 unique and rare cars to the city.

On Friday, May 27, celebrities and their supercars will descend upon Yonge-Dundas Square to kick off the 22nd annual Gumball 3000 rally. The rally raises money for the Gumball 3000 Foundation, which funds a variety of youth-based projects in low-income communities.

The Gumball 3000 Rally sees celebrities and their supercars drive from Toronto to Miami in six days. The rally at Yonge-Dundas Square will feature a free concert by deadmau5, and appearances by David Hasselhoff, CeeLo Green, Eve, Bun B and Ken Griffey Jr.

On Saturday, May 28, there will be a car parade before Hasselhoff waves the flag for the start of the six-day drive, and the supercar driving celebrities will be off!

“After a two-year break due to the pandemic, we are incredibly excited to be hosting the rally once again. This route incorporates some amazing locations and is packed full of incredible experiences – from the launch event in Toronto with deadmau5 performing, attending the famous Indy 500, racing NASCAR at Talladega SuperSpeedway, to kicking a field goal at the Tampa Buccaneers’ Raymond James Stadium – before crossing the finish line at David Beckhamʼs Inter Miami stadium. This road trip has it all!” Maximillion Cooper, the founder of Gumball 3000, said in a press release.