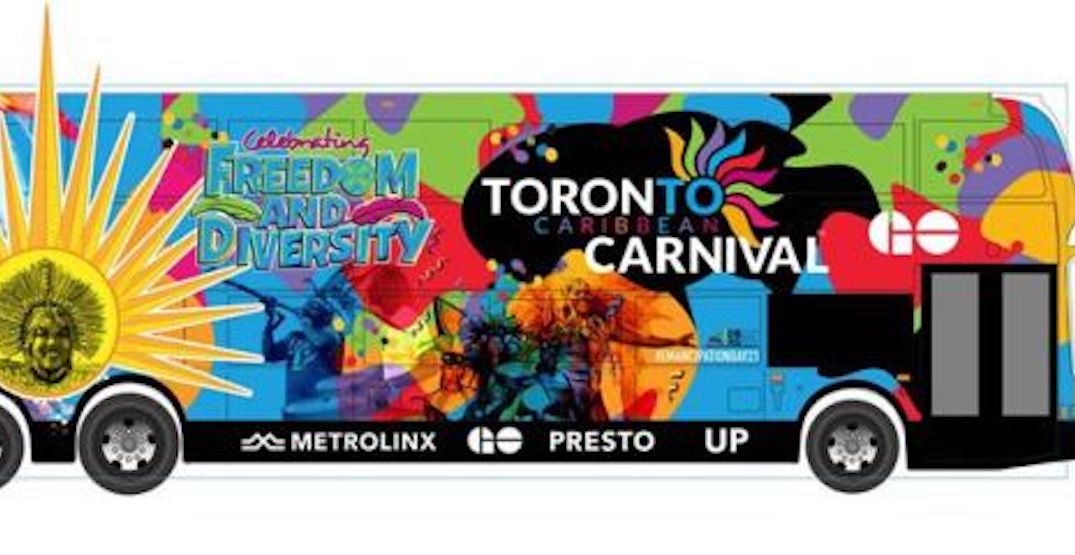 Some Toronto GO Bus riders will soon have a much more colourful commute, thanks to a new Caribbean Carnival-themed bus that’s rolling out next week.

On August 1, in honour of Emancipation Day in Canada, a GO bus wrapped in vibrant colours and images of masqueraders, a sun, and a steel pan will hit the streets to celebrate Carnival.

“Once I found out that the theme was ‘Freedom and Diversity,’ I wanted to illustrate the historical theme of Carnival in Toronto and capture the significance of August 1,” Stoddart said.

The sun, featured prominently in the design, represents a new day. And the Fawohodie Adinkra — a West African symbol — signifies freedom and independence.

This year marks the 54th anniversary of the Toronto Caribbean Carnival. Although the typical events, like the Grand Parade, have been cancelled due to COVID-19 precautions, smaller celebrations will still take place across the city.

Metrolinx is currently exploring ways to make it easier and more affordable to take GO transit to Toronto Caribbean Carnival celebrations next year and will announce more details then.