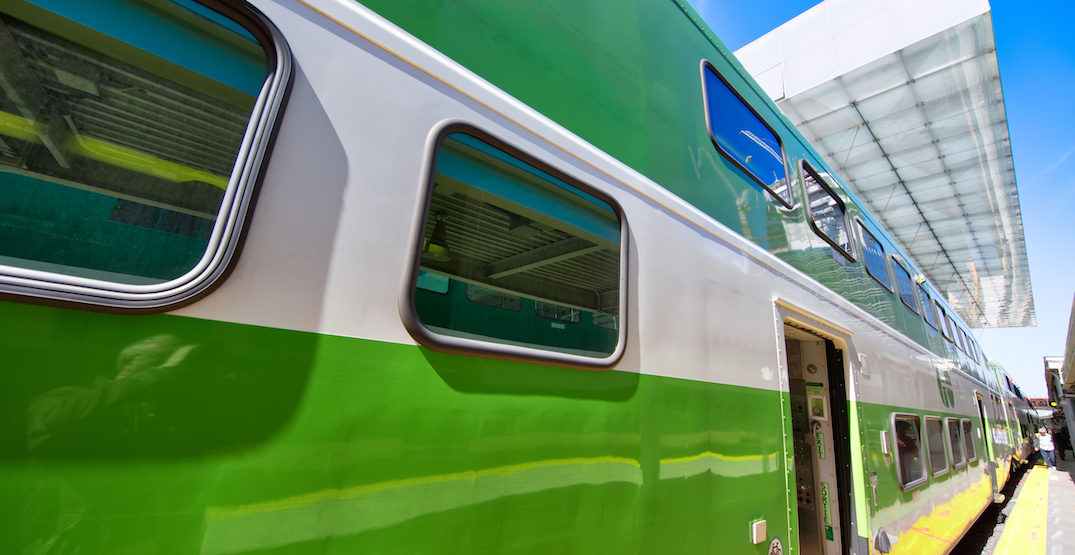 As the province opens up and Ontarians are looking to get out more, GO is bringing back and expanding train service this summer.

Starting August 7, rail service will be significantly ramped up along the Lakeshore line, with more frequent peak and midday trains running every 15 minutes. That’s also the day that the new West Harbour GO station in Hamilton will open, allowing travellers to ride directly from Union Station to Hamilton.

The Kitchener GO line will have two additional westbound trips between Mount Pleasant GO and Union, departing Union at 7:34 pm and 8:34 pm. There will also be an added eastbound trip to Union at 8:40 pm.

The Barrie line will be ramping up service as well, with hourly weekend service starting August 14.

There will also be three new northbound trips on weekday evenings from Union to the Aurora GO station at 6:53 pm, 7:53 pm and 8:53 pm. For riders heading from Aurora to Union, two additional southbound trips at 7:57 pm and 8:57 pm have been added.

There will also be one added trip between Allandale Waterfront GO and Union in each direction, at 9:53 pm for northbound and 9:08 pm for southbound. And between Bradford GO and Union, there will be one additional trip leaving union at 10:53 pm.

Last but not least, the Stouffville line will have hourly weekend train service reinstated between Mount Joy GO and Union, and some trips will be extended between Lincolnville GO and Union.

Right now, GO is offering unlimited weekend passes for $10 for one day and $15 for two days, so you can ride the rails as much as you want all weekend long.