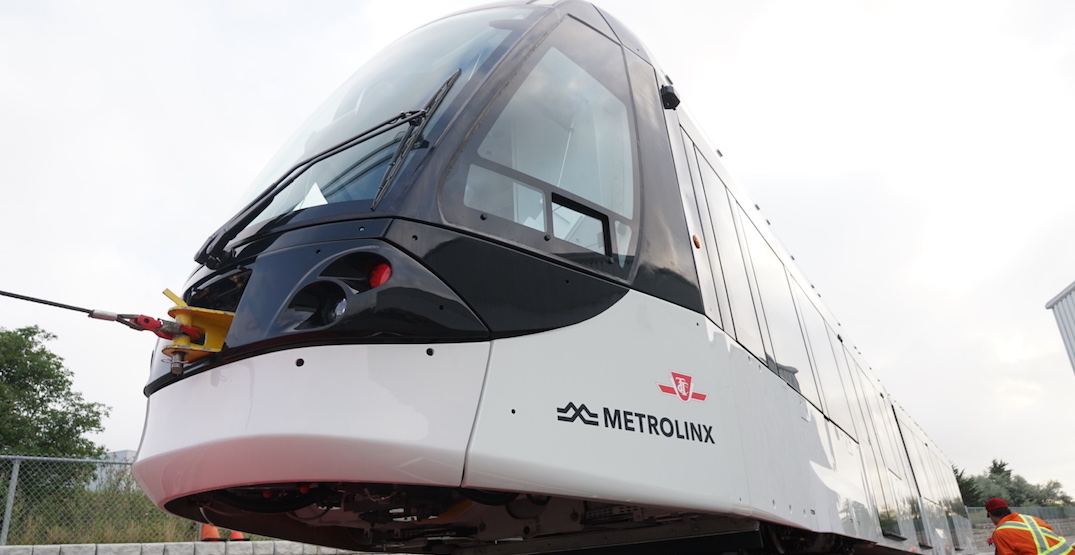 The Finch West LRT is still a few years out from completion, but its new light rail vehicles are on the move, being delivered to Toronto this week.

Metrolinx shared a photo of the first train to arrive on Wednesday — well, the first half of a train, anyway. The new vehicles, built by Alstom Canada, are delivered in two parts that will later be joined.

The photo shows the front half of a shiny new LRT vehicle emblazoned with the Metrolinx and TTC logos.

SPOTTED! The first @AlstomCanada light rail vehicle arrived on site yesterday for the Finch West LRT project 🚊 The vehicle is being delivered in two parts, with the second part being delivered today. pic.twitter.com/bG5WGqEqWP

The Finch West LRT has been under construction since 2019 and, once complete in 2023, will add 18 new stations to Toronto’s public transit landscape.

Metrolinx recently released drone footage of the entire 11 km line, giving an overhead view of what it currently looks like from the Finch West station in the east to the new Humber College station in the west. 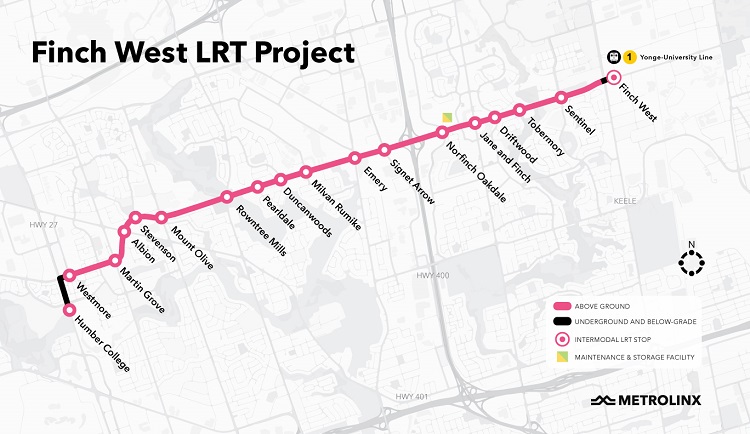 To date, major progress has been made along Finch Street, with many areas of the road dug up and some tracks laid down. And with the LRT vehicles on their way, it’s starting to feel like the line really is going to open soon.