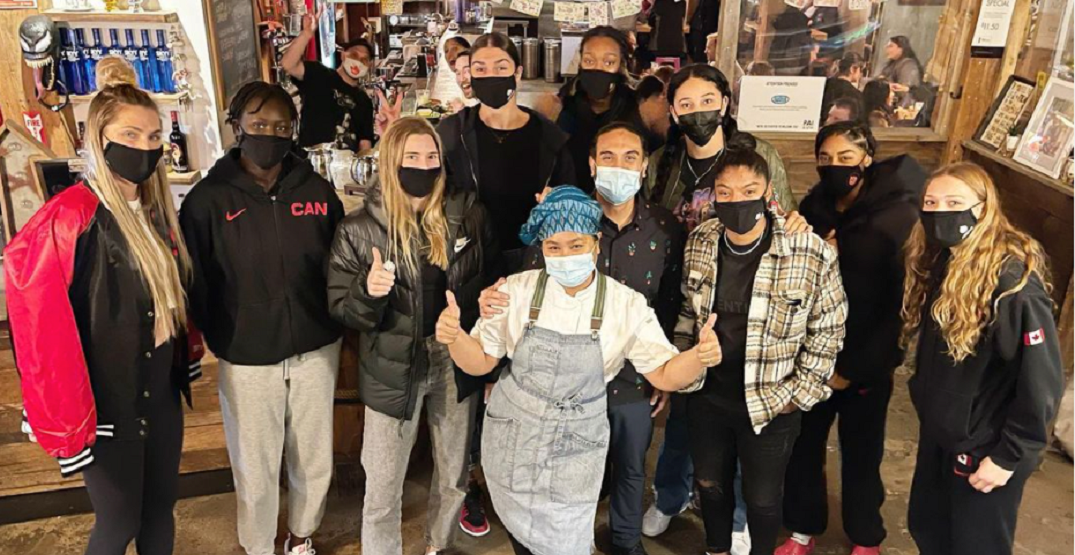 The players were in town for a week-long national team training program at the Raptors’ practice court inside the Scotiabank Arena.

Following their camp (and a meal at Pai’s Duncan St. location,) the players headed out to Saturday’s Raptors contest against the Detroit Pistons.

“So VERY HONOURED to host Canada’s Women’s National Basketball Team at Pai yesterday!!! So many strong, powerful women!” the post’s caption read while also tagging the WNBA, saying, “We need a team in Toronto.”

Pai is co-run by Chef Nuit Regular, who also operates Selva, a multi-sensory art and resto-bar that opened up earlier in November and joined the team for the pic.

The Canadian women’s basketball team went 1-2 at this year’s Olympics, bowing out in the group stage.

Despite not having any upcoming matches in the immediate future, Canada Basketball said in a release that they “recognized the importance of bringing the players together to continue their development and training, both individually and as a program.”

Early next year, they’ll be competing in the FIBA Women’s Basketball World Cup 2022 Qualifying Tournaments from February 10-13, with the intention to make next September’s tournament in Sydney, Australia.