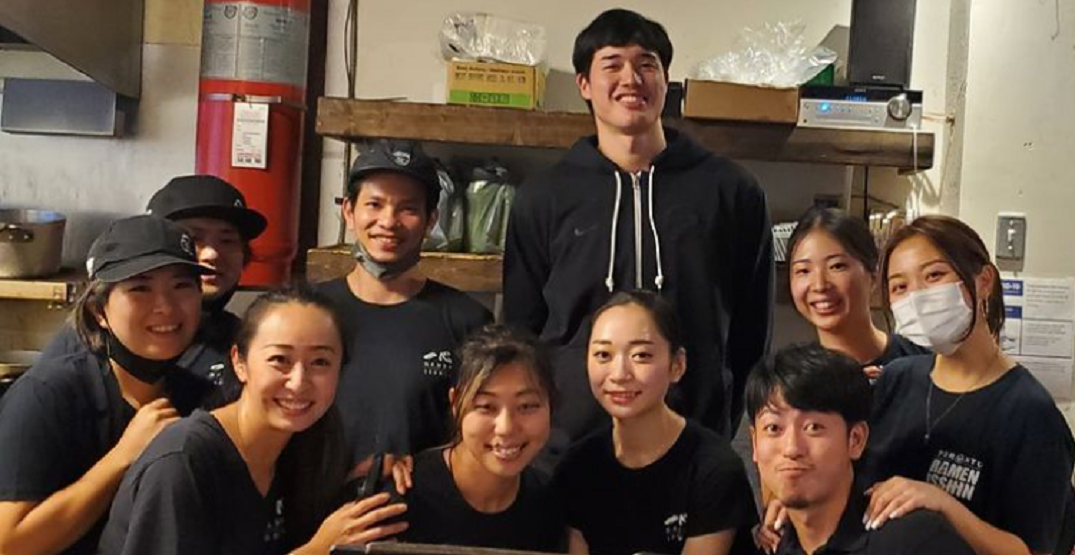 Toronto Raptors forward Yuta Watanabe has yet to hit the court this season. But that hasn’t stopped the popular player from making appearances around town.

Watanabe is currently dealing with a calf strain and has missed all five of the Raptors’ games to begin the season.

The player stopped at Ramen Isshin on Wednesday. Here’s Watanabe taking a pic with the staff at the College St. location of Ramen Isshin:

“Thank you for coming! Good luck with the match,” the post read. “[We’re] looking forward to seeing you again!”

The Raptors originally signed Watanabe, often referred to by the fans simply as “Yuta,” to a two-way contract prior to last season. He’s since become a fan favourite for his work ethic and energy exhibited in his 50 games with Toronto last season.

“He just doesn’t make many mistakes, and he just keeps hustling,” head coach Nick Nurse said about him following a game last season. “I mean, he’s pretty comfortable with the ball and stuff, but he’s just constantly in motion, which is really good.”

Watanabe averaged 14.5 minutes a night his first year in Toronto, putting up 4.4 points and 3.2 rebounds per game.