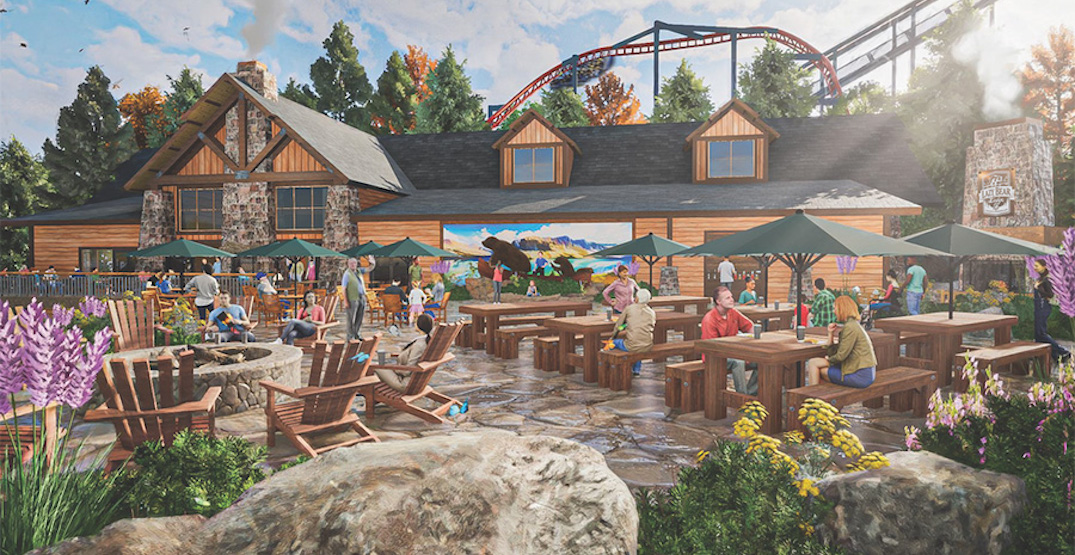 Construction is still underway at Canada’s Wonderland for its newest restaurant experience slated to open later this summer.

The new multi-level venue will be the amusement park’s largest dining facility. Introducing Lazy Bear Lodge: Wood Fired Grille, a rustic restaurant and inspired by a sleeping black bear, according to CW.

Canada’s Wonderland has shared progress pictures of the new project and it looks absolutely massive. 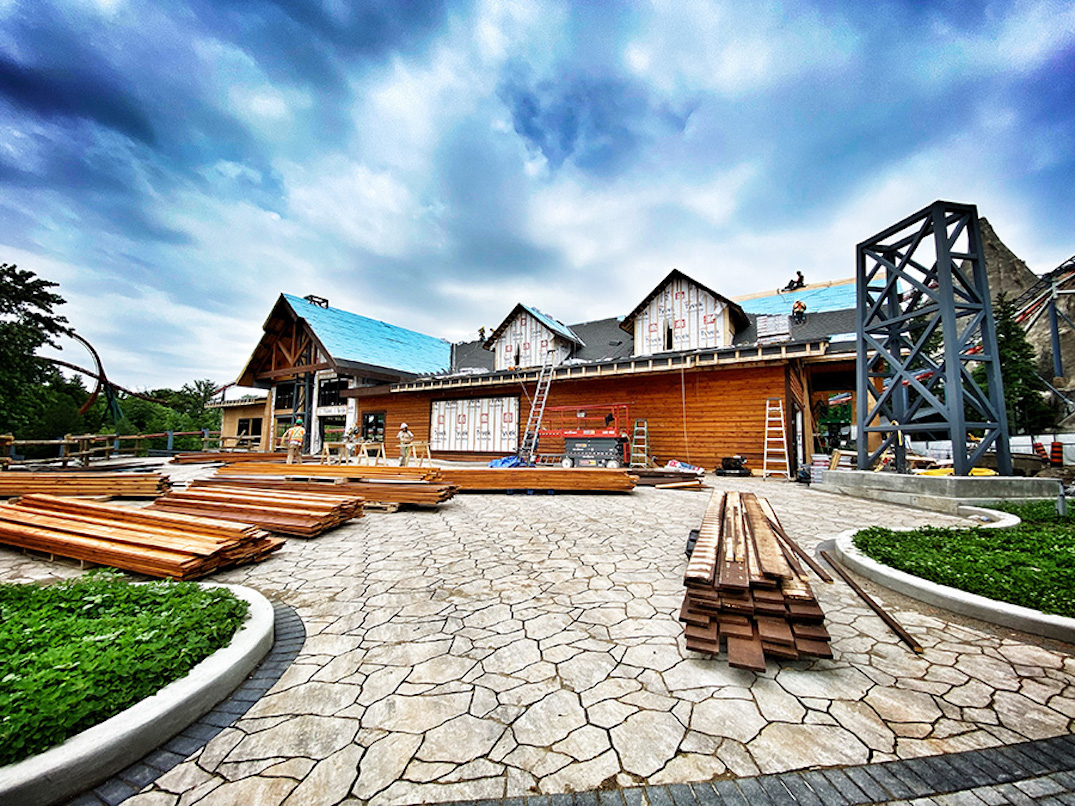 “This is a special project for Canada’s Wonderland for a few reasons,” said Peter Switzer, director of maintenance and construction, via a press release.

“One, it’s the largest capital investment we’ve ever made in a dining facility and two, its location is right in the middle of the park. That’s presented us with a unique challenge: finding ways to continue construction and get equipment and materials to the site while the park is in operation.”

According to the release, Switzer said its aesthetic is inspired by the beauty of the Canadian wilderness. The resto is built using flagstone and wood, including granite stone for the fireplaces and columns. 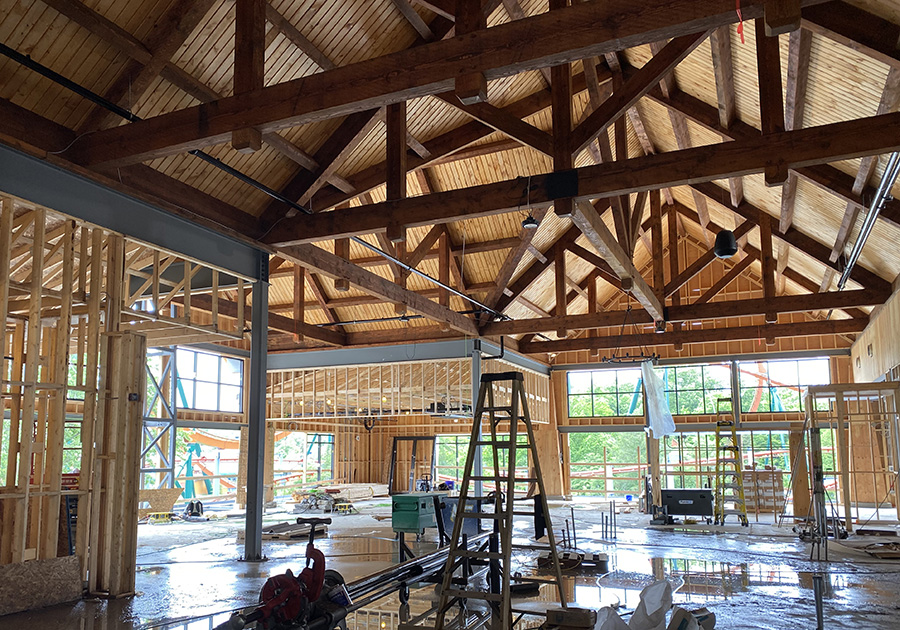 The entire space seats 500 guests with booth indoor seating upstairs and downstairs. There is also a deck and patio with an outdoor natural gas fire pit to stay warm during the coldest nights this summer.

As for the restaurants outdoor sign, it will be set on a 16-foot-tall granite fireplace feature. Two more fireplaces will be located inside and on the upper deck. 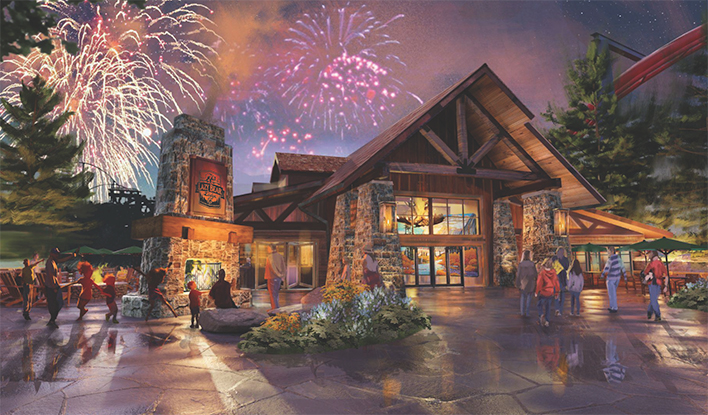 Now for the food! The eatery will feature a Canadian-inspired grill and cookhouse menu created with locally sourced, farm-fresh ingredients.

It’ll also have two meat smokers for entrees like the Lazy Bear Spice-Rubbed Wellington County Smoked Beef Brisket. Other dishes include Bradford Bay Smoked BBQ Chicken, Loaded Ontario Potatoes, the Catch of the Day, and a new lineup of Canadian drinks like Caesars.

As for the creative touches of the restaurant, it is still being worked on. Guests can expect to see large interior murals of Canadian vistas, and more than 15 black bear statues in the cutest poses throughout the space, indoor and out.

An opening date has yet to be set but Canada’s Wonderland expects to open later this summer. In the meantime, check out its progress video and start getting excited: