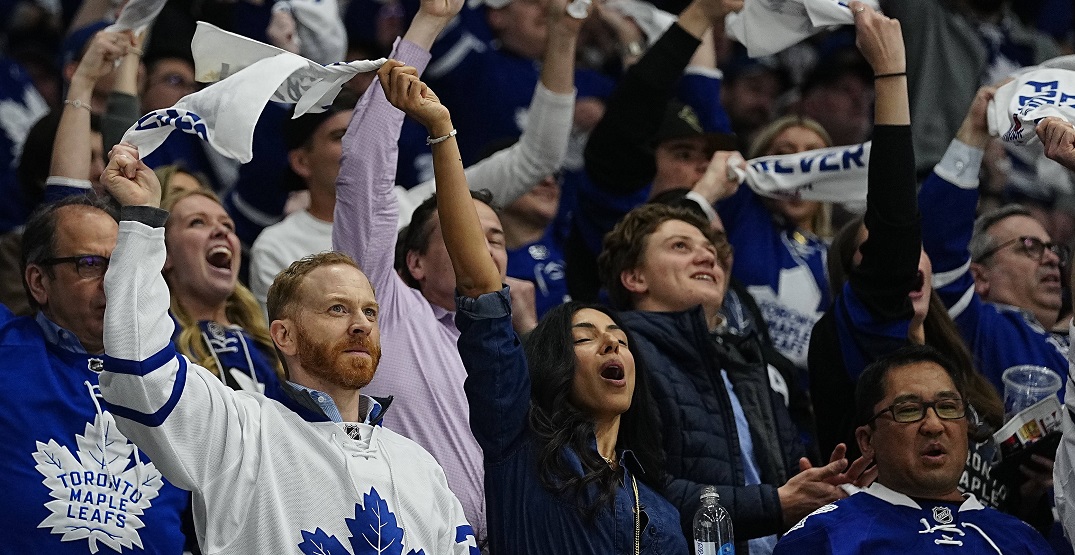 Toronto Maple Leafs fans are one win away from being in the second round of the NHL playoffs for the first time since 2004. With a 4-3 win last night over the Tampa Bay Lightning at Scotiabank Arena, fans got their money’s worth as Toronto took a 3-2 series lead.

Goaltender Jack Campbell made 32 stops in the win, two nights after being pulled from a 7-3 loss on the road. Campbell said he’s been doing his best to manage the emotions of a compact playoff series against another high-quality opponent.

“They’re a really good team over there,” Campbell told reporters at practice on Wednesday. “There’s obviously going to be highs and lows, but we’re doing a good job as a team to keep bouncing back and keep going forward.”

The Leafs have won two of three games on home ice. Campbell shouted out Leafs fans as a key reason for the team’s success.

With the past two postseasons being played behind closed doors in Toronto, fans have been showing up with a type of energy not typically associated with Leafs games at Scotiabank Arena.

Game 6 goes Thursday night in Tampa. No word on how well Toronto fans will travel, but you can bet there will be at least a few “Go Leafs Go” chants breaking out at Amalie Arena.