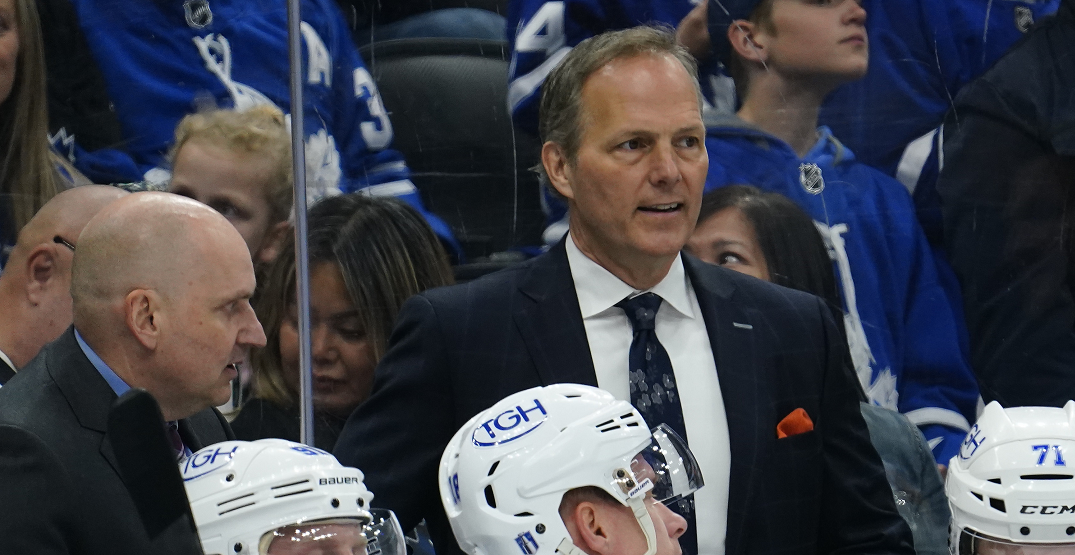 But it doesn’t seem like he wants to credit, well, the Leafs.

“We’re not really making them earn it,” Cooper told reporters after the Leafs’ 4-3 win over the Lightning on Tuesday. “We’re kind of giving it to them.”

Tampa Bay took a 2-0 lead into the first intermission, but their second too-many-men penalty of the game gave the Leafs a power play opportunity that let John Tavares score his first goal of the series.

“That’s a momentum killer,” Cooper said. “They score on [one of the two too-many-men penalties]; that’s on us.”

Cooper says his team let the game “slip through our fingers.”

Despite the loss, Cooper backs his team to make a comeback in the remainder of the series.

“We haven’t let the series slip away. We let a game slip away. That is how you look at it,” Cooper said. “You have to play it game by game.”

In addition to their power play goal, Toronto also scored at 4-on-4 with Morgan Rielly’s marker in the third period to tie the game at 2. The two teams have now played over 15 minutes of 4-on-4 time throughout the series, per Natural Stat Trick.

“It has been odd that there has been so [many unusual special teams circumstances. Whether it is 4-on-4s, 5-on-3s, 5-on-4s, I have never seen that in the playoffs with the way that it is,” Cooper added. And please do not think this is an excuse. It is not by any means. It is just different than what we are used to.”

Game 6 starts Thursday night in Tampa Bay, with the Leafs having a chance to close out the series. May the best team win, or at least, may one team give it away.