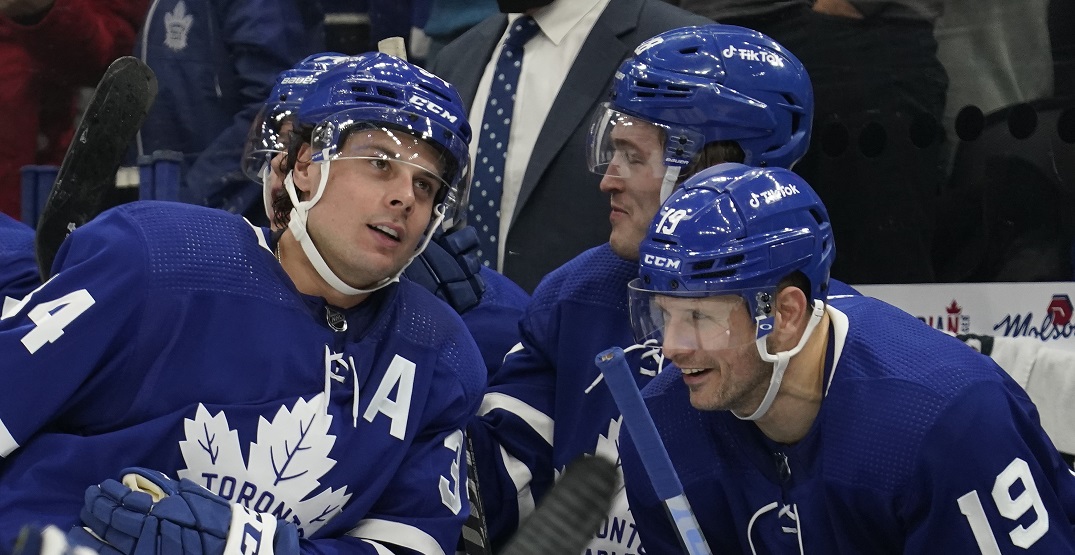 When the Toronto Maple Leafs needed a guiding voice last night, it was their oldest player, Jason Spezza, who showed them the way.

Down 2-0 heading into the first intermission in Game 5 against the Tampa Bay Lightning, 38-year-old Spezza gathered his teammates in the Leafs’ locker room to say a few words.

“[Spezza] kind of got everybody in the room,” Leafs forward Auston Matthews said. “I think the main message was just to know that wasn’t our best period and we’ve just got to go out there and compete and get back to our game.”

19 seasons into his NHL career, Spezza’s been playing pro hockey for quite a while. He’s just three years younger than head coach Sheldon Keefe, and two years older than general manager Kyle Dubas. When it comes to veteran talents, there aren’t many like him in the Leafs’ organization.

And the speech clearly worked, with the Leafs storming back to take a 3-2 lead, before eventually winning 4-3. Toronto now leads the series 3-2, with a chance to close things out on the road in Tampa on Thursday night.

Scoring the first goal to spark the Leafs’ comeback was Leafs’ captain John Tavares, who potted his first playoff goal since August 7, 2020.

” I think everyone as a group understood that, you know, as each game passes by, you know, the margin for error gets smaller and smaller,” Tavares said. “We talked about winning the second period to set us up for a good opportunity in the third and we took advantage of it.”

Morgan Rielly, William Nylander, and Matthews — on the game-winning goal — all scored in the third period to close out the win.

Asked if Spezza is a regular speaker in the locker room, Nylander said the Leafs’ veteran is selective with his words.

“[He speaks] when he needs to,” Nylander replied. “He’s a great leader. He’s been around for a long time. He knows what it takes. So when he says something, everybody listens.”